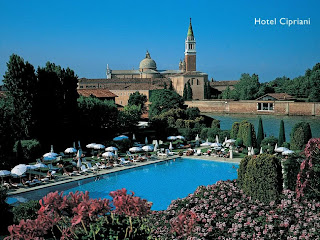 Back in December 2008 Mr Justice Arnold delivered a major trade mark infringement and passing off judgment in Hotel Cipriani SRL and others v Cipriani (Grosvenor Street) Ltd and others [2008] EWHC 3032 (Ch) (noted by the IPKat here). That decision has now been subject to the scrutiny of the Court of Appeal for England and Wales (Lords Justices Lloyd, Jacob and Burnton), which today at [2010] EWCA Civ 110 gave the trial judge's analysis a clean bill of health.

To recap, the three claimants were members of the Orient Express Hotels Group. They owned and ran, respectively, (i) the Hotel Cipriani in Venice, (ii) the Ristorante Hotel Cipriani at the Lapa Palace Hotel, Lisbon, and (iii) the Ristorante Villa Cipriani at the Reid’s Palace Hotel, Madeira. The first claimant was the proprietor of Community and UK trade marks for the word CIPRIANI for (among other things) hotels, restaurants, cafeterias, eateries, bars, catering and the delivery of drinks and beverages for immediate consumption. 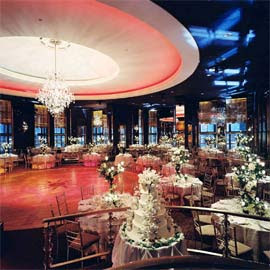 The Cipriani claimants sued for Community trade mark infringement and passing off, arguing that CGS’s use of the sign CIPRIANI in relation to its restaurant was a classic case of 'double identity' infringement of same mark, same services. They also alleged that the use of the sign CIPRIANI LONDON infringed under the principle of 'same service, similar mark, likelihood of confusion'. The defendants conceded that their use constituted prima facie case of infringement, but argued that (i) they were entitled to rely on the the 'own name' defence and that (ii) the marks were in any event invalid as having been registered in bad faith.

The own-name defence itself gave rise to three issues: (i) did the use of the signs CIPRIANI and CIPRIANI LONDON constitute use by CGS of its own name? (ii) if not, could CGS rely on the names of the second and third defendants; (iii) if the answer to the first or second question was "yes", was such use to be regarded as being "in accordance with honest practices in industrial or commercial matters"?

Arnold J came down heavily in favour of the claimants in this dispute.

* Summarising the jurisprudence that now governs the means by which a court assesses and compares trade marks and then determines whether there exists a likelihood of confusion, he concluded that there was a manifest likelihood of confusion between CIPRIANI and CIPRIANI LONDON. The dominant and distinctive element in the defendants’ sign was CIPRIANI (the word LONDON being non-distinctive for a restaurant in London). That this was so was confirmed by the fact that the defendants and others often dropped the word LONDON. Accordingly the dominant and distinctive elements of the respective marks were identical, as were the services for which they were registered or used. CGS’s use of the sign CIPRIANI withor without LONDON thus infringed the claimants' CTM.

* The applicability of the own-name defence to a company’s trading name (as contrasted with its registered name, ie its real name) would constitute a substantial inroad into the rights conferred by trade mark registration even where the defendant used a sign identical to the registrant's mark, particularly where the company had only just commenced trading. It was unlikely that this could have been intended by the Community legislature. In any event, since neither CIPRIANI nor CIPRIANI LONDON was its CGS's own name, the defence did not apply.

* The fact that the Luxembourg company had licensed CGS's use did not affect the latter's liability -- it certainly did not mean that CGS's use of the signs CIPRIANI and CIPRIANI LONDON had been in accordance with honest practices in industrial and commercial matters.

* On the basis that anything that was not bad faith was good faith, the claimants' marks had been registered in good faith. There was no evidence on which to demonstrate that the applications had been made in bad faith.

* The claimants' action for passing off also succeeded. Not only did they have customers in the UK in April 2004, when CGS's restaurant opened, but they had foreign customers who booked the hotel and restaurants directly, as well as via tour companies and travel agents. The claimants thus had not only a substantial reputation but valuable goodwill.

The Court of Appeal, through Lloyd LJ's 125-paragraph leading judgment, dismissed the appeal on all grounds.

Right: after inspecting both sets of Cipriani premises, the IPKat agreed how confusingly similar their names sounded after a drink or two ...

"Section 56 of the 1994 Act gives protection to "well-known" trade marks, whether or not registered. It gives effect to article 6bis of the Paris Convention. If the Claimants' Cipriani mark is "well-known" for this purpose it gives a right to an injunction to restrain the use of an identical or similar trade mark in relation to identical or similar goods or services "where the use is likely to cause confusion". It gives no right to any monetary remedy. In practice it would only be important if the First Claimant were to lose its registrations, though in theory it could be relevant if there were a defence to the injunction claim under the Cipriani CTM, such as the own name defence. There is no such defence under section 56.".

The IPKat notes the care with which the Court handled the "own name" issue wherever it was raised, emphasising that the key to the use of one's own name being a defence is found in the requirement that such use be an honest commercial practice. Notwithstanding this, the Kat expects the argument of "it's my name so I can use it", pressed as an absolute statement upon an unwilling court, will remain a feature of British trade mark and passing off litigation for many a long year to come, and for as long as there are unmeritorious defendants to keep arguing it.

Reviewed by Jeremy on Wednesday, February 24, 2010 Rating: 5
The IPKat licenses the use of its blog posts under a Creative Commons Attribution-Non Commercial Licence.