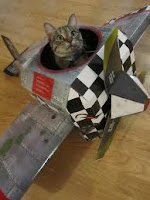 This Kat has been closely following the extradition proceedings involving university student Richard O'Dwyer. As many readers are by now aware, Mr O'Dwyer hosted the website TVShack.net, which provided links to unauthorised copies of films and TV shows which visitors could then chose to download. On 23 May 2011 he was arrested (and later released on bail), having been accused of conspiracy to commit copyright infringement and of criminal copyright infringement by the US Government. On 13 January 2012 District Judge Purdy, sitting in the Westminster Magistrates Court, rejected all challenges made by Mr O'Dwyer to prevent his extradition to the US. The matter was then sent the matter to the Home Secretary Theresa May for her consideration. See Katposts here and here.

On Monday 12 March 2012, Mrs May approved Mr O'Dwyer's extradition. According to many media outlets (eg here and here), a Home Office spokesman stated that Mrs May had 'carefully considered all relevant matters' before signing the order. Unfortunately, this Kat could not see any official statement on the Home Office website. Mr O'Dwyer has 14 days from the date of notification to appeal to the High Court (ie Monday 26 March 2012).

Not surprisingly, Mr O'Dwyer's mother, Julie, was rather outspoken about Mrs May's decision. She is reported to have said:

'Today, yet another British citizen is being sold down the river by the British government. Richard's life – his studies, work opportunities, financial security – is being disrupted, for who knows how long, because the UK government has not introduced the much-needed changes to extradition law.

The US is coming for the young, the old [ie Christopher Tappin, a 65 year old British businessman who was accused of arms dealing] and the ill [ie Gary McKinnon, the alleged hacker of computer systems at the Pentagon, who has been diagnosed with Asperger's syndrome], and our government is paving the way. By rights it should make for an interesting conversation between the Obamas and Camerons aboard Air Force One – but I'm not holding my breath. If Richard appears to have committed a crime in this country, then try him in this country'.

Merpel is ashamed to confess that she hasn't a clue about extradition law and she hasn't seen the extradition treaty which seems to have created a one-way flow of traffic across the Atlantic. She wonders, though, how far it applies. For example, US patent law has provisions such as these:

Whoever, not being recognized to practice before the Patent and Trademark Office, holds himself out or permits himself to be held out as so recognized, or as being qualified to prepare or prosecute applications for patent, shall be fined not more than $1,000 for each offense.

Whoever marks upon, or affixes to, or uses in advertising in connection with any unpatented article the word “patent” or any word or number importing the same is patented, for the purpose of deceiving the public; or

These are offences which could quite easily be committed by people based in the United Kingdom, wittingly or unwittingly. Might these offences too lead to extradition?  Or is it only offences for which custodial sentences exist? Does anyone know?

The IPKat wonders who pays for the flight to the United States (and the flight back, assuming there is one) -- and if you fly on Virgin do you get to keep the goody-bag?
KAT UPDATE: Home Secretary approves TVShack creator's extradition

Reviewed by Catherine Lee on Wednesday, March 14, 2012 Rating: 5
The IPKat licenses the use of its blog posts under a Creative Commons Attribution-Non Commercial Licence.