The EPO confirms use of external investigation firms 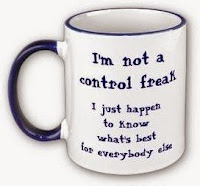 According to a comment received on her earlier post, Merpel understands that the European Patent Office has responded by means of the following internal Communiqué to the concern about reports that Control Risks (who describe themselves as "an independent, global risk consultancy specialising in helping organisations manage political, integrity and security risks in complex and hostile environments") has been commissioned by the EPO to investigate staff members:

Regarding questions raised in recent publications and blogs [Merpel has the feeling that they mean her ...]

The European Patent Office cannot comment on specific internal investigation cases. This lack of comment is to protect the integrity of any such case and protect the interest of all parties concerned. However I would like to remind the Office has a duty of care to its employees including to investigate allegations of harassment against them by other employees. Investigations can only take place following specific allegations, made by EPO staff or external parties, and these investigations are independently and objectively carried out by the Investigative Unit, under its sole responsibility.

The investigation process of the EPO follows the best international standards and allows persons to be heard, to respond and to defend themselves against any allegations, before any conclusion of misconduct would be reported to the employee's appointing authority. Only in any case where a serious misconduct is confirmed by the Investigative Unit, a disciplinary case could be instigated where the subject has a further right to be heard before a disciplinary committee and before any subsequent decision on a sanction would be taken.

In 2014, the Investigative Unit received 68 allegations of misconduct (-23% compared to 2013), 50% being already rejected as insufficiently specified.

Merpel welcomes this response, but regrets that it was made only internally, when the concern raised was much more widespread, and wonders what the EPO Communications department is up to.  She notes that, although it is only stated that an "external firm" has been engaged, the Communiqué appears in essence to confirm the original reports concerning Control Risks.

The response does gloss over a few salient facts that have been mentioned in posts and comments in this blog and Merpel wonders if the EPO would like to address these. For example:

* though not for Board of Appeal members and the most senior management.

2. The Investigative Unit is used not only to follow up on complaints between staff members, but also frequently to investigate subjects whom the President has identified to them - it has been mentioned in comments on this blog that this includes a certain member of the Boards of Appeal, and a member of the Central Staff Committee who had the temerity to try to organise a survey on how EPO staff viewed the President's controversial "social reform" programme. Merpel imagines that such investigations have a decidedly sedative effect on other employees who were thinking of sticking their heads above the parapet, or even from serving on the Central Staff Committee.

3. The "best international standards" followed by the Investigative Unit don't include allowing the employee to be represented by a lawyer. Perhaps readers think that "lawyering up" at an early stage is an over-reaction, but consider that the employee may face dismissal without any of the safeguards of labour law available in the EU or other member states. The targets of investigation are severely restricted from even disclosing that they are being investigated, and apparently have an active duty to cooperate, so no "right to silence"; and the Investigative Unit (and by extension, Control Risks) has the power to invade the privacy of the subject to an extent that would cause uproar if it happened in a national patent office or in any private enterprise operating within the EU.


As ever, Merpel welcomes comments, but begs to remind readers of the following:

Henceforth, in respect of all EPO-related blogposts, no comment will be posted if it is merely ascribed to "Anonymous".  Any reader wishing to conceal his or her identity must adopt a pseudonym (which should not be obscene and should not be the name, or the mis-spelling of the name, of a real person).  The pseudonym need not be an actual login name, as long as it is stated clearly at the beginning and/or end of the comment itself. This way, it will be easier for people who post later comments to identify and remember the earlier comment-poster and to recall the discussion string.  Where, as has already happened on occasion, a string carries over from one blogpost to a later one on the same or a related subject, readers will be encouraged to use the same pseudonym for the sake of continuity.

The EPO confirms use of external investigation firms

Reviewed by Merpel on Wednesday, May 27, 2015 Rating: 5
The IPKat licenses the use of its blog posts under a Creative Commons Attribution-Non Commercial Licence.