AG Szpunar advises CJEU to rule that internet downloads of ebooks are covered by right of communication to the public, not distribution (so, no, there is no digital exhaustion under InfoSoc Directive) 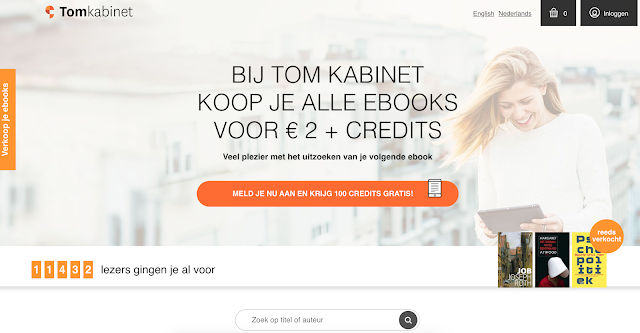 Is it possible or not to create second-hand digital marketplaces for, say, audio and ebooks, digital music, games, etc?

This is the question at the heart of the referral to the Court of Justice of the European Union (CJEU) in Tom Kabinet, C-263/18 [here].

As readers know, the CJEU has already found - in UsedSoft - that there is such thing as 'digital exhaustion' in relation to software under the Software Directive. However, that piece of legislation is both lex specialis and has a rather narrow field of application (for instance, it does not cover videogames, as the CJEU clarified in Nintendo).

Hence, in the aftermath of the UsedSoft ruling, it has remained unclear whether the same consequences envisaged in relation to the first lawful sale of the copy of a computer program could extend to subject matter protected under the InfoSoc Directive.

Certain national courts have attempted to tackle all this, though have done so with diverging outcomes.

For instance, in 2014, the Court of Appeal of Hamm in Germany excluded that the right of distribution under the InfoSoc Directive, as transposed into German law, could be exhausted in the case of audiobooks (OLG Hamm, 22 U 60/13).

Taking a different view, in that same year the District Court of Amsterdam concluded that the right of distribution would be exhausted following the first lawful sale of copies of ebooks (Rechtbank Amsterdam, C/13/567567 / KG ZA 14-795 SP/MV, NL:RBAMS:2014:4360). The decision of the Amsterdam court was appealed to the Court of The Hague. This court held that the provider of second-hand e-books, Tom Kabinet, would not be liable for unauthorized acts of communication to the public under the Dutch equivalent of Article 3(1) of the InfoSoc Directive. However, it is unclear whether it could invoke the digital exhaustion of the right of distribution in relation to its e-book trade. Hence, the court in The Hague decided to seek guidance from the CJEU.

This morning, Advocate General Szpunar issued his much-awaited Opinion in this case, in which he advised the CJEU to rule that, despite the presence of arguments - of both a legal and teleological nature - that support the availability of digital exhaustion under the InfoSoc Directive, "as EU law now stands, the arguments to the contrary should prevail." As such,

The conclusion of the AG, as it will be discussed further in what follows, appears correct. He divided his analysis into two parts: first, he considered the objective, wording and context of relevant legislative provisions; second, he reviewed earlier CJEU case law.

Distribution or, rather, communication to the public? A teleological interpretation

The AG noted nearly at the outset that this referral goes beyond the right of distribution, as it requires consideration of whether the supply of ebooks by online downloads is something else in the first place, ie an act of communication to the public, which - under Article 3(3) - shall not be subject to exhaustion.

After recalling the differences in the public's possible enjoyment of protected subject matter, the AG turned to the WIPO Copyright Treaty to recall how its drafters were well aware of the "mixed nature of downloading". As a result, an umbrella solution was adopted, "which, while giving priority to the right of communication to the public, does not preclude the application of the distribution right." The AG also noted the wording of the agreed statement to Article 6 and 7 therein, which limits the application of those provisions to ‘fixed copies that can be put into circulation as tangible objects’.

In all this, the InfoSoc Directive is the implementation into the EU legal order of, inter alia, the WIPO Copyright Treaty. According to the AG,

In adopting that directive, the EU legislature seems to have clearly taken a position in favour of the right of communication to the public being applicable to the supply of works by downloading online and also of the right of distribution, and therefore of the exhaustion of that right, being limited solely to tangible copies. More specifically, downloading is covered by the right to make works available to the public, provided for in Article 3(2) of that directive.

In support of all this, the AG recalled the wording (as well the ambiguities thereof) of recitals 24, 25, 28 and 29 in the preamble to the directive. From them it would appear "clearly" "the demarcation line which the EU legislature intended to draw between the right of public communication (in the form of making available to the public) and the right of distribution. Thus the right of communication to the public applies to all forms of online exploitation of the works, as much to those not linked to a copy as to those based on the creation of such a copy."

This said, would there be a communication 'to the public' if only a single copy could be purchased? AG Szpunar noted that "[w]hat matters is not the number of persons to whom the communication is made but the fact that the person at the origin of that communication addresses his offer to persons not belonging to his private circle. In that case, a single acquirer may therefore constitute a public."

Concepts in Article 4 of the InfoSoc Directive: a literal interpretation

According to the AG, not only would a teleological interpretation like the one above prevent the application of Article 4 to the scenario at issue, but also a literal interpretation thereof would lead in the same direction.

In fact, authors have the right to authorize the distribution of their work 'by sale or otherwise', ie by a transfer of ownership. However:

The right of reproduction: contextual interpretation

Finally, also the right of reproduction would prevent application of exhaustion in a case like the one at issue:

Any downloading of a digital file consists in the creation of a copy of that file on the receiving computer. The creation of that copy constitutes an act of reproduction subject to the exclusive right of the copyright holder over the work contained in the file in question.

In the case of the supply of works by downloading online, the copy of the work by its original purchaser is made with the consent of the copyright holder, as an essential element of that form of making available to the public. However, that consent does not cover the reproductions that would be necessary for the subsequent transmission when the copy of the work is resold.
Nor can those reproductions be considered to be covered by the rule of the exhaustion of the right of distribution. Such a conclusion would be tantamount to recognising the exhaustion of the right of reproduction. But that right cannot be exhausted. Thus, any reproduction that accompanies the resale of a work in digital form must either be authorised by the holder of the exclusive right of reproduction or come under an exception to that exclusive right.

In all this, Article 5 does not contain any exception that would apply in a case like the one at issue, not even Article 5(1).

The AG reviewed earlier case law, notably the UsedSoft decision and noted how, not only the legislative instruments at issue (Software and InfoSoc directives), but also the peculiarities of relevant subject matter would be different.

He rejected the idea that CJEU case law is inconsistent, noting that:

in the absence of full regulation by means of legislation as regards that rule, the diversity of judicial solutions is justified, and even inevitable, in the case of different factual situations, governed by different legislative acts and pursuing specific objectives. To my mind, the desire for consistency cannot on its own serve as a basis for judicial recognition of the rule of exhaustion.

Even if there are "many arguments" that can be advanced in favour of digital exhaustion, EU law is not there, and likely there is no need for it go there either:

By recognising the rule of exhaustion of the right of distribution in the internet environment, the Court would thus resolve a problem that does not really need to be resolved and that to a large extent belongs to the past.

The CJEU should thus rule in the sense that the activities of an undertaking like Tom Kabinet are not covered by Article 4(2) of the InfoSoc Directive.

As mentioned, the Opinion of AG Szpunar appears absolutely correct, and the CJEU should follow it unless it opts for a policy-driven response to a problem which, as the AG himself acknowledged, "to a large extent belongs to the past". In fact, with streaming on the rise, the role of internet downloads might be progressively fading in the (technological) past.

In all this, there are two main points worth noting.

The first is that, similarly to what AG Szpunar had done in his Opinion in VCAST (a case concerning - formally - private copying) [here and here], the referral has now somewhat mutated from being all about to distribution to being about communication to the public.

The second is that, as the AG correctly discussed, the analysis under the InfoSoc and Software directives cannot be the same, for a number of reasons:
Let's now see what the CJEU decides.
AG Szpunar advises CJEU to rule that internet downloads of ebooks are covered by right of communication to the public, not distribution (so, no, there is no digital exhaustion under InfoSoc Directive)

Reviewed by Eleonora Rosati on Tuesday, September 10, 2019 Rating: 5
The IPKat licenses the use of its blog posts under a Creative Commons Attribution-Non Commercial Licence.