When the Reverse Triangular Merger Comes to Save the Beta Male 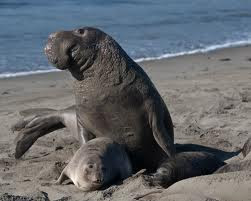 It's tough not being an Alpha male. The anthropologists tell you that you have been at the bottom of the mating pole for millennia; the business press keeps looking for Alpha males with animal spirits to kick-start the economy. And then there is the dreaded cocktail party. "What do you do", they ask? "Intellectual property", you reply. The ensuing yawn is demonstrable. Thanks to the IPKat's friend, Dan Glazer, of Patterson Belknap, Webb & Tyler, of New York, I think that we have found the answer. "What do you do", they ask? "The intellectual property aspects of reverse triangular mergers", you reply. The difference is palpable, you have them eating out of your hand. Read on.

In his recent article, "Effects of Mergers on Non-Assignable Agreements', which appeared in 14 July issue of the New York Law Journal, Glazer discusses the recent decision given by the Delaware Chancery Court in the case of Meso Scale Diagnostics, LLC. v Roche Diagnostics GMBH, here. The issue is whether an acquistion via a reverse triangular merger ("RTM") amounts to a breach of a non-assignability clause of an agreement, such as a software or a patent licence, to which the target company is a party. In this case, the court denied a motion to dismiss and, in so doing, cast doubt on whether an RTM transaction can avoid being in breach of a non-assignment clause with respect to an IP licence.

As described by Glazer, in an RTM transaction, "the buyer effects the merger transaction through a wholly owned acquisition subsidiary, which results in the surviving entity (typically the target) becoming the buyer's subsidiary." As anyone who is involved in mergers is well aware, it is difficult to characterize the legal nature a merger transaction. In particular, does an RTM constitute, or not constitute, an assignment, with all of the contractual consequences that an assignment might have for the various contracts involved in the transaction? Glazer points that there is no agreement by the courts on this question (mergers are a matter of U.S. state law): some say categorically that no assignment has occurred; others examine whether the merger "would adversely impact the contracting party seeking to enforce the provions"; yet others maintain that the merger constitutes an assignment by "operation of law". 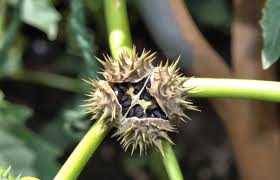 With respect to intellectual property licences, the issue become even more thorny.

As Glazer points out, many courts have recognized that the owner of IP (which is almost always a matter of U.S. federal law) has the right to exercise control to whom it grants a licence. When a merger is involved, this sets up the question of how the court needs to take into account that the transfer of the IP right may require the consent of the IP owner to be valid. The article surveys the relevant case law prior to the recent Meso Scale judgment and concludes that M&A practitioners usually took the position that an RTM did not constitute an assignment that might otherwise run afoul of a non-assignment clause.

But then came Meso Scale. The relevant facts, focusing on a non-exclusive licence to Roche to "ECL" diagnostic technology" are a bit involved -- but bear with this Kat. As summarized by Glazer,


"[a]fter losing its original limited-scope license, Roche acquired a new license from the then-patent holder (and co-defendant) IGEN in 2003. As part of that transaction, Roche acquired IGEN, and IGEN transferred its intellectual property assets to a new public company, BioVeris. The parties required plaintiff Meso Scale's consent to complete the transaction because Meso Scale held an exclusive license to exploit ECL technology in areas outside the scope of Roche's license. The Global Consent to which all the parties agreed contained a provision that prohibited both direct assignments and those "by operation of law." Roche, seeking to expand the scope of its use of ECL technology, acquired BioVeris through an RTM. Meso Scale then filed suit, claiming that Roche had breached the non-assignment provision of the Global Consent".

On a motion to dismiss, the court rejected the claim that the RTM arrangement was by its very nature equivalent to a stock acquisition, such that no assignment could be said to have taken place. The court held that the language, "by operation of law", was open to various interpretations and therefore summary dismissal was inappropriate. In particular, the court seemed to express some sympathy with the view that the acquisition was simply a ruse to get around the Global Consent, rather than a bona fide acquistion. In that connection, it was noted that Roche effectively shut down all of BioVeris's operations, reducing it to a mere shell whose only asset were certain IP rights. All of these determinations would be made at a later stage of the case.

The upshot of this decision is that the IP M&A bar, at least in the U.S., now has less certainty about the status of a non-assignment provision in the context of a RTM. This is especially so if there is a non-assignment provision in an IP licence with respect a transfer by "operation of law". As well, the scope of when a consent is required with respect to an assignment needs to be carefully monitored. At the least, attention should be drawn to the terms of the assignment clause and whether to add a specific reference to mergers, in light of the interests of the parties to the agreement. When it is M&A time, these issues certainly need to be highlighted as part of the IP due diligence report.

More on Alpha males here.
When the Reverse Triangular Merger Comes to Save the Beta Male

Reviewed by Neil Wilkof on Friday, July 22, 2011 Rating: 5
The IPKat licenses the use of its blog posts under a Creative Commons Attribution-Non Commercial Licence.