Government Intervention in the Publishing Industry: Say It Isn't True!

We all are well aware of the dialogue about the question of the fate of the book-publishing business and the challenge posed by the e-book market. Sometimes lost is the more granular question of the specific fate of fiction, particularly when the literature is written in a language where the potential readership is small. Sitting in New York, Berlin, Paris, Madrid, Cairo or Beijing, one can forget that there is also significant national literature in places like Estonia, Bulgaria and Denmark, where the local market is much smaller but the pressures pushing against the viability of the publishing industry in such locales to prosper continue to intensify.

The most recent instance of this is Israel. There, with a national population of approximately seven million and those with a mastery of Hebrew being materially less than that number, hearing the cry of both authors and publishers that the market for Hebrew literature is on the critical list, the government has sought to intervene. The alleged bogey men seem to be the country's two major distributors, which control the lion's share of the retail distribution capacity and are prone to selling books at deep discounts. In response, a ministerial committee earlier this week approved draft legislation -- the so-called Authors Law -- that will require that a book's price may not be changed by book store proprietors for 18 months following publication. Moreover, except for so-called "legally sanctioned discounts", a book will be allowed to be sold for a price lower than its retail price. These rules will apply only to books that constitute a "cultural product". 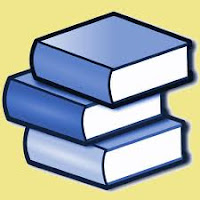 As expressed by the Minister for Culture and Sports, who championed the changes, "a book is not cottage [cheese]. Our duty is to ensure that the present and future Israeli public may enjoy quality Israeli Hebrew literature. This right will be realized only if authors and poets in Israel receive fair compensation for their works, so that they might continue to create and promote literature in the Hebrew language." The upshot is that books amounting to a "cultural product" will be shielded from competition.

All of this Kat's literary and cultural hairs bristled when he read an account of this proposed legislation. At one fell swoop, the government proposes to regulate the workings of what should be a wholly unregulated market, the book business, but even more, its seeks to become the arbiter of what works are "cultural products" deserving of government intervention. There is something fundamentally objectionable about involving the government in deciding what are "cultural products" and rewarding the authors and publishers of those privileged works. This certainly seems to me to invite "rent-seeking", an economic concept that is defined by Wikipedia as "an attempt to obtain economic rent by manipulating the social or political environment in which economic activities occur, rather than by creating new wealth, for example, spending money on political lobbying in order to be given a share of wealth that has already been created." The last thing that creativity and culture need are rent-taking activities with the Ministry of Culture and Sports.

By this Kat's dissatisfaction is mere nursery rhyme compared to the criticism expressed by Nehamia Shtrasler, a leading economics columnist who writes for the Haaretz newspaper. In a column that was published on June 12th "The Authors Law--A Social Injustice") here, Shtrasler attacked the proposed law from nearly every possible angle. Consider the following: 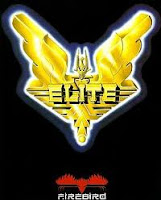 1. "As the new law pushes up book prices, [Israelis] will buy fewer books and read less - so there will also be less of the kind of pleasure and knowledge that comes from reading. The consumers who will be able to continue to purchase books at the artificially increased prices will belong to the upper class. As rich elites keep reading, low-income earners and young couples will be priced out of the bookstores...."

2."[I]n this case the government is intervening in an effort to raise prices, to harm the consumer, and to impose a writers and publishers tax."

3. "What happens if it turns out that a publisher was mistaken in predicting the level of demand and the book just doesn't sell? What if there's a financial crisis, if unemployment goes up, wages fall and the demand for books drops? {T]he price cannot be lowered, and the publisher will lose money."

4. "The law will also be a blow to Israeli culture, because young writers won't get a chance with publishers unable to offer discounts for their work. The culture will lose out on new voices ...."

5. "The publishers say that the two large bookstore chains are exploiting their power and suffocating them with excessive demands. It is worth looking into this. If true, it is something that needs to be dealt with ...."


This Kat can only add to these words just one comment: "Amen".  He is in favour of promoting the literary markets of small-language markets, such as Israel. However, the way that the Authors Law proposes to address the problem is hardly the right approach.

Merpel notes that many of the readers of this weblog are based in locations where the market for works published in the local lingo is small.  Can they tell the Kats of any better way of going about things?
Government Intervention in the Publishing Industry: Say It Isn't True!

Reviewed by Neil Wilkof on Friday, June 15, 2012 Rating: 5
The IPKat licenses the use of its blog posts under a Creative Commons Attribution-Non Commercial Licence.