Can this really be true? Patents for TV programme formats ...

Jeremy Monday, August 20, 2012 - academic patents, Germany, Jeremy Phillips, TV programme formats
The IPKat's German friend Dr Harald Springorum (Kiani & Springorum, Düsseldorf) keeps him informed from time to time about matters of an interesting nature. On this occasion he has sent the Kats some fascinating news about a patent infringement action in which he represented RTL Television GmbH, Cologne. This is what Harald tells us:

A little bit apart from the usual and diverse smartphone IP issues, but nevertheless quite interesting for the IP community -- and also related to the field of telecommunication -- is this report on a patent law suit, iiinnovation v RTL Television and Deutsche Telekom regarding the popular German TV show DSDS (similar to Pop Idol in the UK).

During the summer of 2011 a Luxembourg company, iiinnovation S.A, sued RTL Television GmbH of Cologne, Germany, for infringing its European Patent EP 1 147 654 by using a telephone voting technique in its TV shows, especially but not only in the DSDS show, where TV viewers vote for their most favoured candidates.

This interactive element, among other things, makes the show very popular, so it wouldn't be easy to drop the public vote without jeopardizing the success of the show.  RTL accordingly conducted a legal analysis of the patent which led it to take the legal opinion that there was no infringement. RTL accordingly filed a statement of defence in the infringement suit before the Landgericht (Regional Court) Mannheim (Case 7 O 297/11) in the autumn of 2011. RTL also joined the already-pending nullity action in Deutsche Telekom AG v THE Patent GmbH, Baden Baden, Germany (the registered owner of European Patent EP 1 147 654) on 1 March 2012.

On 21 March of this year, the Munich Bundespatentgericht (Federal Patent Court) held a hearing on the issue of validity, following which it ruled that the patent in suit was null and void with effect for the territory of the Federal Republic of Germany. In July the reasons given for the judgment were handed down. 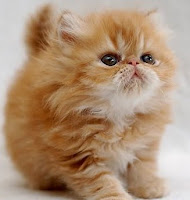 Here's the original judgment in German, as well as a partial translation into English (translated by the author of this little note -- so please forgive any translation errors!), the statement of intervention in the nullity suit of RTL and the original statement of defence in the related infringement suit that also formed part of the briefs in the nullity suit for reasons of interpretation of the patent in suit  -- to avoid the well known Angora Cat problem (on which see earlier Katposts here and here. In Germany it's known as the 'fluffy cat' problem). It is written in German but is somewhat self-explanatory even without translation, because it is illustrated like a comic strip. Additionally you will find an English excerpt of the highly important documents D3 and D4 (both Korean patent applications): these were introduced by RTL in the nullity suit along with its statement of intervention.

The Bundespatentgericht held that this was not a case of falsa demontratio non nocet [not only do the Germans speak excellent English, notes Merpel, but their Latin's not bad either: this means "an erroneous description does not vitiate" ... whatever that means in English] as the defendant argued with explicit reference to the Okklusionsvorrichtung decision of the BGH (Bundesgerichtshof, or Federal Supreme Court) - BGH judgment of 13 September 2011 (Case Az. X ZR 69/10). In that decision the BGH referred itself to the Occlutech judgments of the Court of Appeal (EWCA Civ 702, noted by the IPKat here) and the trial court in the same dispute (EWHC) 2013 (Ch), noted by the IPKat as "Judge gives word its ordinary meaning", here.

Currently, the judgment is not yet final because the patent holder has appealed to the BGH. 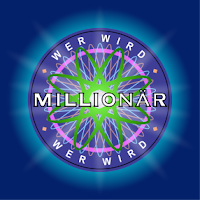 This is not the only patent law suit in the context of TV shows with interactive elements. RTL Mediengruppe Deutschland GmbH, of Cologne, Germany, which coordinates the activities of the RTL Group in Germany, ha also succeeded in a patent nullity law suit before the Bundespatentgericht after a court hearing on 12 April 2012 regarding European Patent EP 1 258 271 ("System for Managing Telephone Message Texts for the Evaluation of Contests"). Here the patent owner accused RTL of infringing this patent in that some of its TV shows, especially the popular Wer wird Millionär? (Who Wants to be a Millionaire?) because there is a possibility for TV watchers to participate to the quiz game interactively by sending text messages via their mobile phones in answer to certain questions. RTL argued that the Norwegian TV station TV2 in Bergen already ran such a contest using SMS answers during the Nordic Skiing World Championship in February 1999 in Ramsau, Austria, in which a Norwegian guy from the very north of Norway who won a VW Bora was presented as a witness. Meanwhile, the reasons given for this judgment have also been handed down -- but this ruling too is not yet final and it remains unknown whether the defendant in this case will appeal against the decision of the Bundespatentgericht.

The reasons given for the judgment have still not been handed down.  This ruling is also not yet final and it is unknown, too, whether the defendant in this case will appeal against the decision of the Bundespatentgericht.

From the US we know that there is (or was?) also a patent law suit against Freemantle of North America (a sister company of RTL Mediengruppe Deutschland GmbH) regarding the interactive voting system of the American Idol TV show on Fox.

Maybe at least in Germany the attempt to seek protection via patent law should be considered in the context that the BGH has denied the protection of TV show formats under copyright (see BGH, judgment of 26 June 2003 - Kinderquatsch mit Michael, ZUM 2003, pp 771 et seq.)  IP holders are currently trying to gain format protection under patent law by including new technical features into their TV formats (which may be a wide open area in the age of interactive TV) in order to secure patent protection.

Can this really be true? Patents for TV programme formats ...

Reviewed by Jeremy on Monday, August 20, 2012 Rating: 5
The IPKat licenses the use of its blog posts under a Creative Commons Attribution-Non Commercial Licence.