Annsley Merelle Ward Tuesday, August 11, 2015 - AmeriKat, Court fees, court locations, google, industry coalition, london, microsoft, Unified Patent Court, unitary patent, upc, UPC court fees
After recent announcements of other signatories' UPC court locations, the late summer winds brought questions as to whether the UK Government had also found a location (see the AmeriKat's posts on the matter earlier this year here and here).  The AmeriKat can now confirm that this afternoon the UK Government has signed a lease for the site of the UK's Central Division and local division hosted in London.  Where is it?

The 8th floor of Aldgate Tower.  At the edge of the City, Aldgate Tower is just around the corner from the AmeriKat's daily premises, right next to the Aldgate East Tube Station (you won't get wet if its raining) and has immediate access to all the tikka masala an IP lawyer's stomach can handle.  For those readers unfamiliar with the location, the site is located about a:
Although this location is sure to make some Holborn-based litigators, including possibly some potential judges, a bit miffed, the AmeriKat considers that this is actually a good compromise when compared to the prospect of a longer trek to Building 1000 in the Docklands.  There was also some sentiment that the location needed to represent the Best of British in order to showcase to court users that the UK was taking the location seriously (i.e., "Please, dear client, admire this beautiful Georgian architecture and gold-plated eagle motif.").  But what says "Welcome to London" more than housing the UPC's location between the famous Brick Lane (post-trial curry anyone?), the Jack The Ripper trail and the Tower of London?


"Finding a property in London that met the particular requirements of this new Court and its future users, while offering value for public funds, was a significant challenge. We assessed over 70 government and commercial properties, and engaged extensively with stakeholders throughout, before selecting this building."


"The signing of this lease represents a milestone in the UK's preparations for the introduction of the Unified Patent Court. Aldgate Tower, with its superb central location, will provide an ideal home for a modern court to support the UK's and Europe's leading edge innovative companies. This will further strengthen UK's legal and professional services sector, and reinforce London's status as a world leading centre for dispute resolution."


The announcement comes over a week after the deadline to submit comments on the proposal on the UPC's court fees (see Kat posts here on the topic).  The UPC Industry Coalition  - a group of  global companies including Google, Microsoft and Intel- has submitted its response to the proposed court fees.   In the introduction to its submissions, the coalition stated that: 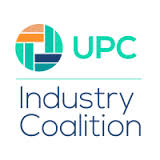 "We are mindful that the objective of the Preparatory Committee is to create a mechanism by which the court will be self-funded through fees paid by the parties and to encourage parties to invoke the mechanisms of the court only to the extent necessary (thereby encouraging early settlement). The Coalition appreciates this practical approach, but also seeks through these comments to reduce the potential for fee structures to incentivize abusive litigation tactics—a hallmark of which is the leveraging of litigation costs to extort inappropriate, and non-merits-based, settlements from defendants. Because of these concerns, the Coalition prefers Alternative 1, which focuses on parties’ actions, over Alternative 2, which focuses on parties’ corporate structures and characteristics. The second approach more readily invites creative and opportunistic re-structuring of an entity to avoid paying its reasonable share of the fees for the court, as some wealthy institutions have done in the U.S."

The Coalition generally supports the fee schedule save that they recommend raising the fees for higher value actions to deter unreasonable damages claims and that fees for counterclaims for revocation should be avoided.  On the latter, they submitted that:


"...a party should not be charged any fee for defending itself from a legal attack instigated by another party. Requiring a payment for a counterclaim of revocation may increase court funding, but it also is inconsistent with the view that invalid patents harm societies (by hampering innovation and competition without contributing anything of value) and that abusive litigation behaviors should be suppressed. Certainly those who invoke the authority—and thus the time and efforts—of the court ought to pay, but in the case of a counterclaim of revocation a defendant has not done so. They have not invoked the process of the court in the first instance, as would be the case if a party sought a revocation in an independent action, but are merely offering a defense to the infringement claims asserted against them by asserting that the patent should never have been granted by the government in the first place.

The fact that an invalidity defense necessitates a separate pleading is not within the defendant’s control and should not be charged against that defendant. Moreover, the revocation of an invalid patent is a societal good: There should be no extra barriers of cost to the defendants obliged to address such patents as they bring counterclaims of revocation that may well benefit society, innovation, and competition. Furthermore, the court should permit a defense of whatever type is most appropriate, and imposing fees on one who has not invoked the processes of the court in the first instance could be a real impediment to a defense, inconsistent with the basic notion of the court’s role in dispensing justice."

Although August is a traditionally sleepy month in Europe, it will prove to be a busy month for UPC preparations.  Practitioners are considering the 18th draft of the Rules of Procedure , the Preparatory Committee is digesting stakeholder comments on court fees and the designs for London's UPC court rooms will start to take shape.  The next 18 months promises to be an exciting year for the UPC.  Buckle up...
BREAKING: Jack the Ripper, Victorian Pubs & Curry: Welcome to London's UPC location & UPC Industry Coalition's conduct-based court fees

Reviewed by Annsley Merelle Ward on Tuesday, August 11, 2015 Rating: 5
The IPKat licenses the use of its blog posts under a Creative Commons Attribution-Non Commercial Licence.