About this season last year, this Kat reported on his

brand of the year—"Cofix", the name of an Israeli-based company that sells a variety of products at one fixed price. Moving from the sublime to the ridiculous, this Kat will this time recognize arguably the most bizarre rebranding for 2016.

The dubious winner is the formerly-known Tribune Publishing Company, the third-largest newspaper publisher in America, being the owner of such newspapers as the Chicago Tribune (this Kat ever so fondly remembers receiving daily to his apartment door a copy of the Chicago Tribune over 40 years ago) and the Los Angeles Times. But the name Tribune is no more. In its place, the rebranded moniker is “tronc”, being short for “Tribune online content”, as part of what the company describes as refashioning itself as a “content curation and monetization company focused on creating and distributing premium, verified content.” So what is wrong with “tronc”? As the poet wrote— “let me count the ways.”

This Kat first considered whether the word “tronc” might also be the name of a character in something like Star Trek, Harry Potter or The Lord of the Rings? It seems not. But it does turn out that “tronc” is a dictionary word, meaning “(in a hotel or restaurant) a common fund into which tips and service charges are paid for distribution to the staff.” As such, it is one of those words which, from the trademark law point of view, can be descriptive with respect to some goods or services and arbitrary to others. As for a “content curation and monetization company”, the word is on its face arbitrary (although this Kat cannot recall all the instances in which he has been asked by a trademark examiner whether the mark in question is an acronym for something more descriptive). However, it is highly unlikely that a consumer will connect between “tronc” and the “Tribune online company.”

So, once we have agreed that the mark is arbitrary, let’s move from the pure trademark law aspects to consider what makes a brand “good. On this point, James Surowiecki of The New Yorker magazine has offered some insights in his November 14th piece, “What’s in a Brand Name?” Surowiecki begins by recalling the Platonic dialogue Cratylus, and the difference of view between Cratylus and Hermogenes over whether “there is sometimes a connection between meaning and sound.” The field of “phonetic symbolism” has sought to describe circumstances when this might be the case.

“In one experiment, people were shown a picture of a curvy object and one of a spiky object. Ninety-five per cent of those who were asked which of two made-up words—“bouba” or “kiki”—best corresponded to each picture said that “bouba” fit the curvy object and “kiki” the spiky one. Other work has shown that so-called front-vowel sounds, like the “i” in “mil,” evoke smallness and lightness, while back-vowel sounds, as in “mal,” evoke heaviness and bigness. Stop consonants—which include “k” and “b”—seem heavier than fricatives, like “s” and “z.”

As Wikipedia observes, “[t]he defining characteristic of a back vowel is that the tongue is positioned as far back as possible in the mouth without creating a constriction that would be classified as a consonant. Back vowels are sometimes also called dark vowels because they are perceived as sounding darker than the front vowels.” The focus is on so-called phonemes, described as being—

“the perceptually distinct units of sound in a specified language that distinguish one word from another, for example p, b, d, and t in the English words pad, pat, bad, and bat.” 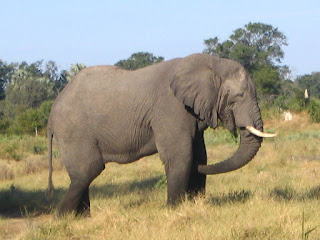 This line of research has discovered that dark beers do better, brand-wise, if the name contains a back vowel. “Frosh” for ice cream, graced by a “big, creamy vowel”, did better than “Frish” for the same product. On that basis, Häagen-Dazs comes in for special praise— “a double back vowel emphasized by a nonsensical umlaut.” Other findings include that alliteration and vowel repetition are good and that the letters “X” and “z” are more likely to be remembered and connote speed and fluidity. For multinational companies seeking a single brand across borders, the fact that at least some of the observed phonemic relationships are consistent in various languages is of particular interest. Against this backdrop, Surowiecki observed that--

“Perhaps Tronc thought it was being boldly unconventional, but ignoring rules that may originate in human instinct is foolish. Tronc wants to seem light, fast, forward-looking, and unburdened by the media industry’s past, but its back-vowel sound and its leaden “k” ending sonically convey something heavy, slow, and dull.”

Surowiecki’s criticism is, all things considered, unequivocal but measured. Consider that a satirist named John Oliver is reported by Wikipedia to have described tronc as “the sound an ejaculating elephant makes." This Kat tends to agree with the thrust of the criticism about "tronc"(although he has no first-hand knowledge about elephants) and he can only muse—how did a company whose raison d'être is dealing with words get it so wrong?

Reviewed by Neil Wilkof on Sunday, December 04, 2016 Rating: 5
The IPKat licenses the use of its blog posts under a Creative Commons Attribution-Non Commercial Licence.