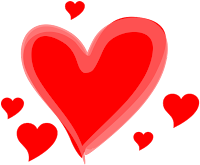 The IPKat received a query the other day from Eric J. Siecker (Perkins), who wanted to know whether he or any of the other Kats had either any data or views on the following:

"Working as the only European Patent Attorney for a US company which is highly active in the world of patents, quite a few of my American patent attorney colleagues have the impression that the UK courts system is very patent unfriendly. Quite often I hear something like "aren't most patents that go through the courts either found invalid or non-infringed?"  I know that this is not a new view and that plenty of discussions have taken place on this subject matter. However, I would like to get a better handle on the subject and to know if that is (still) true, urban legend or a remnant of the past that may be becoming outdated?"

This member of the IPKat team does have some thoughts on the subject. He feels that many people forget that, unlike the case of the US, the proportion of patent disputes that end up in court is relatively small, since most are settled long before they see trial, and those cases that don’t settle are those where there exists the greatest area of doubt, either concerning validity or infringement. The resulting database of decided cases is in any event statistically insignificant and does not represent the body of disputes from which it is drawn. Merpel adds, the British Courts love patents to pieces -- but, as the old song goes, You Always Hurt The One You Love ...
Urban legends here
Are British patent courts unfriendly to patents?

Reviewed by Jeremy on Monday, January 26, 2009 Rating: 5
The IPKat licenses the use of its blog posts under a Creative Commons Attribution-Non Commercial Licence.