Wild flowers give Chicago city bosses a run for their money

Jeremy Monday, March 07, 2011 - Jeremy Phillips, moral rights
From lawyer, journalist and occasional pen-friend of the IPKat Jeff John Roberts comes the exciting news of something almost as unusual as an admission from the US Patent and Trademark Office that its patent system is out of step with the rest of the world -- a truly rare US moral rights case,Chapman Kelley v Chicago Park District (here).

The disputants here were the City of Chicago, no less, and the creator of two very large oval gardens known as "Wildflower Works" (right), located in the city's main park.  Chapman Kelley for years oversaw volunteers who filled the gardens with hundreds of types of flowers capable of surviving the city's tough climate. The result was an evolving and ongoing spectacle that delighted city residents and received praise in the press.

One day, Jeff John explains, the city decided the lovely gardens had to be scaled back to make room for the new Millennium Park. Kelley's grand ovals were turned into squares and reduced to about half the original size. Kelley invoked his right of integrity under America's little-used Visual Artists Rights Act (VARA), a piece of legislation that Congress reluctantly passed in order to comply with the Berne Convention.

At first instance the district court found for the city: while Kelley's creation was indeed both a painting and a sculpture, it lacked originality and was in any case ineligible for protection because it fell under a site-specific art exception under VARA. The 7th Circuit rejected both these findings, spending a healthy amount of time knocking around the district judge while doing so. The appellate court suggested that the site-specific exception was intended for works incorporated into buildings and, in regard to the originality finding, the judge had erroneously equated originality with novelty; the law however is clear that a work can be original even if it is not novel.  But all this is essentially obiter because: 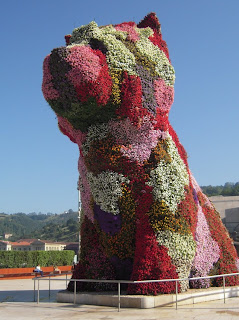 "The Park District has not challenged the district court’s conclusion that Wildflower Works is a painting and a sculpture. This is an astonishing omission ...

The real impediment to copyright here is not that Wildflower Works fails the test for originality (understood as “not copied” and “possessing some creativity”) but that a living garden lacks the kind of authorship and stable fixation normally required to support copyright ...

Simply put, gardens are planted and cultivated, not authored. A garden’s constituent elements are alive and inherently changeable, not fixed."

Thanks, Jeff John, for this fascinating insight into US horticulture!  Merpel adds, in previous generations the City of Chicago has had to tussle with opponents like Al Capone and Baby Face Nelson.  Even so, it must have thought it would be easier to get the better of a bunch of flowers ...
Wild flowers give Chicago city bosses a run for their money

Reviewed by Jeremy on Monday, March 07, 2011 Rating: 5
The IPKat licenses the use of its blog posts under a Creative Commons Attribution-Non Commercial Licence.