What About Generic Copyright? 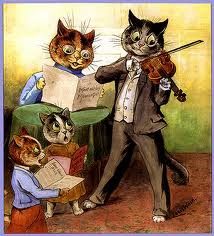 We all know that certain trade marks can be too successful, with the result that they become the generic name for the good or service that they are intended to identify.  But what happens when a copyright work becomes "too" successful? Is the result something akin to genericity in trade mark law -- or is something else at work? Before you accuse this Kat of having had too much catnip, consider the following.

Nearly 20 years ago, the Israel Supreme Court had to decide whether a drawing based in large part on the figure of Donald Duck constituted copyright infringement. One of the claims made by the defendant was that the figure of Donald Duck had become such an integral part of modern culture that it no longer could enjoy copyright protection. This claim was rejected and the defendant ultimately was found liable for infringement. However, this Kat has continued to be intrigued by the notion that there may be certain works that are so well-recognized that certain aspects of the work take on a public life and meaning of their own, even if they do not enjoy copyright protection per se.

Spurred on by this intriguing question, this Kat has sought to formulate circumstances in which aspects of protected copyright take on a special role in public consciousness--what we will call "generic copyright". He has come up with at least two variant possibilities for generic copyright. In the first, the element is detached from the work, but its public fame continues to be connected with the underlying copyright work. In the second, the element is not merely uncoupled from the work, but it takes on a public meaning that does not depend upon its original creative context. This Kat has decided that the time has come for him to float this notion with the readership and so--a proposed exemplary list of generic copyright follows.

1. The voice of Jacob, the hands of Esau--And so it is written in Genesis (27:22)--"So Jacob came close to Isaac his father, and he felt him and said, 'The voice is the voice of Jacob, but the hands are the hands of Esau' "(New American Standard Bible). The phrase has become a wide-spread cultural staple whenever one wants to express the notion of inconsistent facts from what should be a single source that should be yielding consistent information. 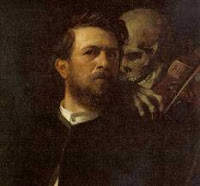 2. Faustian bargain--I suspect that most of us have not read this greatest of all German literature (even not in translation, shame on us), but the notion of making a pact with the Devil (Faust traded his soul to the devil in exchange for unlimited knowledge and worldly pleasures), with all of the resulting unpleasantries, has become a standard motif of western culture.

3. "Toto, I don't think we're in Kansas anymore." - Who can forget that scene from the Wizard of Oz, when Dorothy finds herself removed from her Kansas cabin due to the tornado, surrounded (at least at knee-length), by those uniquely-voiced Munchkins. Her trenchant comment to her dog Toto has become a standard cultural fare for expressing the notion that one is in a new, unfamiliar situation.

4. "Phony"--Never has a single word from a work of modern fiction taken on a life of its own outside of its original literary moorings. We are speaking about J.D. Salinger's classic, "The Catcher in the Rye" (you may agree or disagree whether it is the great American novel, but this Kat continues to read the book every five years, much to the bemusement of Mrs Kat). The main character, Holden Caulfield, accuses almost every one (at least older than he) of being a "phony." The term has come to connote the dichotomy between the sweet world of childhood innocence and the unpalatable world of shallow adult hypocrisy. Before Salinger's creation, would any of us ever have thought to describe that pompous investment banker down the hall as a "phony"? Today the use of the term is so widespread that we tend to forget its origin. 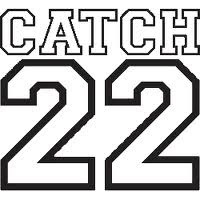 5. "Catch-22"--The phrase, which is the name of Joseph Heller's monumental work on the potential insanity of armies and war, has come to mean "a problematic situation for which the only solution is denied by a circumstance inherent in the problem or by a rule" (Merriam-Webster.com). Be honest--is there anyone out there who has not referred to a circumstance as "a Catch 22" situation? As European leaders struggle to sort out the current financial crisis, is the current plan to adopt austerity to achieve growth "a Catch 22"?.


"And now the end is near
And so I face the final curtain.
My friend I'll say it clear
I'll state my case of which I'm certain.

I've lived a life that's full
I travelled each and every highway.
And more, much more than this
I did it my way."

Paul Anka's song is so closely identified with Frank Sinatra's rendition that it is perhaps the quintessential example of why we need to protect performer's rights as a neighbouring right. More generally, the phrase "My Way" has become a pithy means to express the actions of a person who lives life on his/her own terms. For those of you old enough to remember, the changes brought about by Mikhail Gorbachev to the former USSR in the 1980s were described as the "Sinatra Doctrine"--Gorbachev did it "his/my way."

7. "Ground Hog Day"--In the movie by the same name, actor Bill Murray plays an egocentric Pittsburgh TV weatherman (can any weatherman from Pittsburgh really be egocentric?) who gets sent to the town of Punxsutawney (this is the real name) to cover the annual Groundhog Day event. If the groundhog sees its shadow, we are in for six more weeks of winter (this is a true tradition in Punxsutawney). Murray finds himself repeating the same day over and over again, waking up to an alarm clock just before 6:00 am each morning. After trying hedonism, suicide attempts, and everything in between, he reexamines his life and priorities. In a short period of time, this phrase has come to mean any situation which we seem to be repeating, until we perhaps alter, our behaviour.


"Last thing I remember, I was running for the door
I had to find the passage back
To the place I was before
"Relax, " said the night man,
"We are programmed to receive.
You can check-out any time you like,
But you can never leave!"

Has any song ever conveyed imagery as strong as this song by the Eagles? And is there any better way of expressing the notion that it is easy to enter, but difficult, maybe even impossible to leave a situation? Once again, referring to the economic challenges facing the Euro, is Euro membership like the Hotel California, or not? We may learn the answer very soon.

8. "If you build it, he will come"--One of the all-time great fantasy movies-"Field of Dreams"--tells the story of a farmer in Iowa who is spurred on to construct a baseball field in corn fields in response to the exhortation of the unseen voice, who implores--"If you build it, he will come". I leave it to you to discover who the "he" was. Suffice to say, the phrase has become an eloquent way of expressing the idea of pursuing one's inner voice to achieve a goal, as quixotic (I suppose we could have this word to our list) as it might be seem to some.

Well, dear readers, if you have followed this Kat all the way to the end, here is his exemplary list of generic copyright. Maybe it is a bit culture-bound, but that may be unavoidable. Comments anyone?
What About Generic Copyright?

Reviewed by Neil Wilkof on Friday, May 25, 2012 Rating: 5
The IPKat licenses the use of its blog posts under a Creative Commons Attribution-Non Commercial Licence.