F/RAND and SEPs: the EU Commission objects to Motorola's conduct 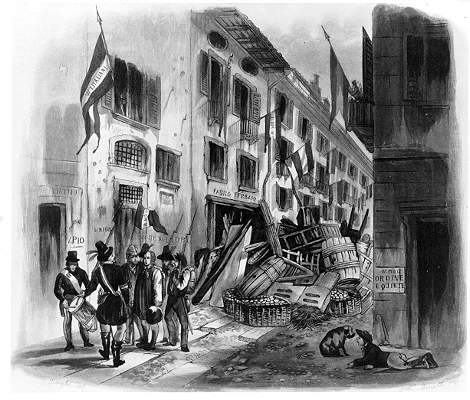 On 18 March 1848, the city of Milan rose against the Austrian garrison and marshal Radetzky. Five days later, the rebellion forced the Austrian forces to withdraw from the city. Some 165 years later, it took this Kat five days to spot and report news of the statement of objection submitted by the European Commission to Motorola Mobility (MMI) last Monday. Is there a lesson to be learnt from this comparison? Yes: this Kat would not be a good insurgent! Anyway, since the IPKat is a true pacifist, he decided to provide readers with a brief overview of the Commission's objections to Motorola's conduct, in relation to fair, reasonable and non-discriminatory (F/RAND) licensing in the context of standard essential patents (SEPs).

In February 2012, the Commission notified MMI that it had received a letter of complaint from Apple, alleging that Motorola Mobility had tried to enforce its standard-essential patents against the Cupertino-based company in breach of FRAND commitments [Microsoft brought a similar complaint a few days later]. The complaint mainly originated from proceedings brought before German courts by MMI against Apple, in relation to patents essential to the European Telecommunications Standardisation Institute's (ETSI) General Packet Radio Service (GPRS) standard, part of the GSM standard. Inter alia, MMI successfully asserted the European Patent EP 1010336 (B1) ('a method for performing a countdown function during a mobile-originated transfer for a packet radio system') before the Mannheim Regional Court. Although Apple raised a F/RAND defence and declared to be willing to be bound by the court's determination of F/RAND royalties, making several subsequent offers to license the SEP at issue, Motorola obtained an injunction which forced the defendant to halt the sale of several products (the iPhone 3G, 3GS and 4, as well as the 3G/UMTS iPads) on its online store in Germany, until a suspension was granted. On 3 April 2012, the Commission formally opened two antitrust investigations against MMI, to investigate whether the company had 'abusively, and in contravention of commitments it gave to standard setting organisations, used certain of its standard essential patents to distort competition in the Internal Market in breach of EU antitrust rules'.

With the statement of objection notified to Motorola on 6 May 2013, the European Commission informed MMI of the preliminary result of the investigation triggered by Apple's complaint. According to the press release, the Commission took the view that, by seeking and enforcing an injunction against Apple in Germany on the mobile phone SEPs, MMI committed an abuse of a dominant position prohibited by EU antitrust rules. The Commission stated that:

While recourse to injunctions is a possible remedy for patent infringements, such conduct may be abusive where SEPs are concerned and the potential licensee is willing to enter into a licence on Fair, Reasonable and Non-Discriminatory (so-called "FRAND") terms. In such a situation, the Commission considers at this stage that dominant SEP holders should not have recourse to injunctions, which generally involve a prohibition to sell the product infringing the patent, in order to distort licensing negotiations and impose unjustified licensing terms on patent licensees. Such misuse of SEPs could ultimately harm consumers.

Together with the press release, the Commission published a memorandum with a list of questions and answers on the case. The document highlights the importance of industry standards in the IT sector, which ensure interoperability and foster innovation, to the benefit of consumers and businesses. It clarifies, however, that the standard should be accessible to all the interested parties, through an ex ante commitment to licensing SEPs on fair, reasonable and non-discriminatory terms. In this context, anti-competitive effects may arise from the SEP owner's recourse to injunctions on the basis of F/RAND-encumbered SEPs against a willing licensee, a situation that would harm consumers and hinder innovation. The Commission made also reference to the 2009 Orange Book ruling of the German Federal Court (according to which, 'a potential licensee can raise a competition law defence against an application for an injunction by showing that (i) it has made an unconditional offer to license under terms that cannot be rejected by the patent-holder without abusing its dominant position, and (ii) it actually acted as if had entered into a valid patent licence'), observing that an interpretation which prevents a willing licensee from challenging the validity and essentiality of the SEPs at issue would be potentially anti-competitive.

The memorandum offers an insight into the Commission's interpretation of the notion of 'willing licensee'. Assessing Apple's case, the Commission preliminarily found that the company's voluntary submission to a German court's determination of F/RAND royalty rates was sufficient to prove Apple's willingness to license the SEPs at issue. More generally, the memorandum explains that:


... the acceptance of binding third party determination for the terms of a FRAND licence in the event that bilateral negotiations do not come to a fruitful conclusion is a clear indication that a potential licensee is willing to enter into a FRAND licence. This process allows for adequate remuneration of the SEP-holder so that seeking or enforcing injunctions is no longer justified once a potential licensee has accepted such a process. By contrast, a potential licensee which remains passive and unresponsive to a request to enter into licensing negotiations or is found to employ clear delaying tactics cannot be generally considered as "willing".

If the potential licensee accepts the third party's determination, 'the fact that [it] challenges the validity, essentiality or infringement of the SEP, does not make it unwilling'. Quite to the contrary, this prerogative of the licensee is in the public interests.

The position of the Commission has many points of contact with that of the Federal Trade Commission (FTC). Following an investigation of Google's and Motorola's practices concerning the licensing of SEPs, the FTC, on 3 January 2013, published a consent order aimed at preventing these companies from pursuing injunctions against willing licensees of their standard essential patents covered by F/RAND commitments. The consent order contains a model F/RAND term letter, which clearly demonstrates that the FTC took issue with the same elements that caught the Commission's attention:


Under the Order, Google generally cannot seek an injunction or exclusion order against you for using Google’s patented technology to comply with a Standard published by a standard-setting organization such as ETSI, IEEE or ITU if Google has made a FRAND Commitment covering that technology and you are willing and able to pay Google fair and reasonable royalties.
[...]
Nothing in this letter restricts the ability of you or Google to present any evidence or make any legal arguments in any forum, including without limitation, arguments regarding validity, Essentiality, infringement or the value of any patents, or any arguments that any forum court cannot or should not hear a particular matter on jurisdictional or justiciability grounds or because an alternative forum would be more appropriate.

Joaquín Almunia, Commission Vice President in charge of competition policy, stated that '[t]he protection of intellectual property is a cornerstone of innovation and growth. But so is competition. I think that companies should spend their time innovating and competing on the merits of the products they offer - not misusing their intellectual property rights to hold up competitors to the detriment of innovation and consumer choice'. In this perspective, the sensitive approach recently exhibited by the Commission towards the allegedly abusive conducts of SEPs' owners (see, for example, the statement of objection submitted to Samsung in December 2012) is likely to discourage companies from further pursuing injunctions in relation to SEPs covered by F/RAND commitments. Courts also appear to be going in the same direction: the Düsseldorf Regional Court has recently referred several F/RAND related questions to the CJEU, seeking guidance on the availability of injunctive remedies, and on the ancillary obligations that may be imposed on the licensee. Further, several high profile personalities, from the EU and US, suggested that standard setting organizations should implement stricter policies on F/RAND licensing [and the whole subject was the focus of a session at this year's Fordham IP conference]. These policies should comprise a fast process to adjudicate F/RAND disputes, an obligation to specify acceptable cash prize, and restrictions to the use of injunctions and exclusion orders. It appears that hard times are awaiting companies which allegedly rely on their standard essential patents as 'lethal weapons'. The IPKat hopes that wise companies will catch this occasion to re-focus on research and innovation, reducing their reliance on IPRs as strategic assets to hold-up competitors.
F/RAND and SEPs: the EU Commission objects to Motorola's conduct

Reviewed by Stefano Barazza on Sunday, May 12, 2013 Rating: 5
The IPKat licenses the use of its blog posts under a Creative Commons Attribution-Non Commercial Licence.