Monsanto feels the heat over wheat

Some businesses just can't keep out of the news. One such enterprise is Monsanto, as Katfiriend and occasional guest blogger Miri Frankel points out.  Miri, who like many readers is an IP enthusiast but not a patent specialist, reflects the concerns of many people who find themselves floating in that strange position of being somewhere between a layman and an expert. This is what she writes:


"Only weeks after the US Supreme Court ruled in favour of Monsanto’s right to control the sale, licensing and planting of second generation (and beyond) soybean seeds bearing its patented Roundup Ready technology (Bowman v Monsanto, reported on in depth here, here and here), Monsanto is at the receiving end of a lawsuit related to its Roundup Ready technology – this time involving wheat.

Genetically modified wheat is banned in many countries, including several major importers of American wheat.  Because about 50% of US-grown wheat is exported to other countries, including those that ban genetically modified crops, wheat farmers have resisted growing any genetically modified wheat on their farms.  Though Monsanto had tested Roundup Ready wheat on a number of farms around the country about a decade ago, many farms refused to embrace the patented technology because the genetically modified crops would be ineligible for sale and export to foreign clients.  Monsanto ultimately ended the testing (the US Food and Drug Administration did, at that time, declare the modified wheat safe for consumption, but did not approve it for sale because Monsanto voluntarily withdrew its application for approval in light of the backlash among farmers).  Yet, a decade later, the Roundup Ready genes were discovered in a crop of wheat on a farm in Oregon.  This recent discovery has caused several countries to ban American wheat imports, or to modify or cancel their orders for the purchase of US wheat from American farms (even in states other than Oregon), which in turn has also affected wheat prices.

How did this happen?  Forbes theorizes as follows: the best case scenario is that rogue seeds were carried by wind from former test fields and by some inexplicable natural phenomena happened to land and grow just in this one field. A worse case scenario is that seeds have been carried intermittently over the years and wheat fields have been contaminated with small amounts of GM wheat undetected for up to a decade. Then there’s the worst case scenario, for Monsanto, certainly: GM seeds were routinely mixed with conventional seeds through human error. 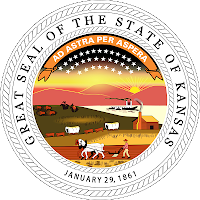 In response, a wheat farmer in Kansas has sued Monsanto, claiming that Monsanto’s negligence in controlling the Roundup Ready technology caused his farm harm in the form of cancelled orders and depressed prices. On one hand, it seems unreasonable to hold a company liable for a natural process (pollination) over which the company has no control.  The pollination of seeds by insects and wind, and the resulting germination of those seeds, is under the control of Mother Nature.  A farmer’s crop that is contaminated with Roundup Ready genes because of this process is an unintended consequence of nature.  On the other hand, Monsanto actively leverages Mother Nature to assert its patents against farmers whose crops have been contaminated by cross-pollination from neighbouring Roundup Ready-licensed farms.  And Monsanto has frequently prevailed in such cases, most recently in Bowman, noted earlier, and in other cases, including this one in Canada.

I can’t help but wonder, though, if Monsanto’s patent rights give it continuing control over the planting of future generations of seeds borne from its initial sale of Roundup Ready seeds, shouldn’t Monsanto also be responsible for the unintended consequences that stem from a self-replicating technology that cannot necessarily be controlled or limited?  Cross-contamination of other non-licensed farms is a foreseeable result.

Taking Bowman as an example: rather than purchase new seeds from a supplier each year, let’s say Bowman’s habit had generally been to harvest his crops and replant that entire generation’s resulting seeds (as opposed to what he actually did: plant only those seeds that he knew contained Roundup Ready technology).  If he had discovered that so many of his crops had been accidentally contaminated with Roundup Ready technology from a neighbour’s farm that he did not have enough non-contaminated seeds left to replant his field, would Monsanto be liable to him for the cost of any seeds he would need to purchase as a replacement for the unusable Roundup Ready seeds generated by the contaminated plants in his field? That seems reasonable to me, since Bowman’s only alternatives would be to take a licence from Monsanto in order to use the Roundup Ready seeds or to purchase non-Roundup Ready seeds on the open market – in either case, it is a direct financial harm that is directly attributable to Monsanto’s self-replicating patented product.

Looking at the reverse view – a farmer, I’ll call him John, owns a certified-organic farm, and actively opts not to buy Roundup Ready seeds..  But unbeknown to him, his crop is contaminated with Roundup Ready crops due to cross-pollination from a neighbouring farm that uses Roundup Ready seeds.  Is John infringing Monsanto’s patents if he plants seeds from his harvested crops, which contain Roundup Ready technology?  Monsanto’s previous litigation wins suggest that John would be considered an infringer, even though his actions were unintentional.  [Thankfully, in light of widespread, unintentional cross-contamination of crops in farms neighbouring those that are licensed for Roundup Ready crops, Monsanto claims that its current strategy is to pursue only those farms that discover their crops have been contaminated and subsequently intentionally plant the Roundup resistant crops instead of not-Roundup-Ready seeds from uncontaminated sections of their crop.  This was not always the case in the past.]  In addition, if the contamination of John’s farm causes him to lose his organic certification, should Monsanto be responsible for the loss?  This exact question is under consideration in lawsuit filed by an organic cotton farmer in Texas, as described by the Texas Observer here.

Turning back to the suit filed in Kansas, it is perhaps too broad a claim to hold Monsanto liable for a nationwide disruption to wheat prices and exports because of the unintended contamination of a farm in a single state (though we don’t yet know whether more wheat contamination will be discovered).  These lawsuits invariably remind me of a quote originally articulated by US President Franklin Delano Roosevelt, but made famous in the current generation by Spider-Man: “great power involves great responsibility.”  Perhaps the owners of patents on self-replicating and uncontrollable processes and technologies should have to accept the burdens (liabilities) that accompany such patents if they are also going to reap the rewards (revenues).  It is time to review the patent system if there is no mechanism to balance the rewards with the responsibilities that come with patent ownership.  But I must admit, my background is not in patent law, and my science education ended many years ago in college so, readers, please do share your thoughts on the likelihood of a court holding Monsanto responsible in these scenarios".

Monsanto feels the heat over wheat

Reviewed by Jeremy on Sunday, June 09, 2013 Rating: 5
The IPKat licenses the use of its blog posts under a Creative Commons Attribution-Non Commercial Licence.