Congratulations, Dids! The IPKat adds his voice to the chorus of congratulations to bonnie design rights fighter Dids Macdonald on the occasion of her being honoured with as an Officer of the Order of the British Empire (OBE) in this year's Birthday Honours List.  A tireless worker for Anti Copying in Design (ACID), which she founded, she is an example to us all of what we can only achieve if we put our minds to it.  You can get some idea of Dids' career and achievements from the ACID website here.

"After the decision of the Court of Justice of the European Union (CJEU) in Case C-34/10 Brüstle v Greenpeace [noted by the IPKat here], the EPO revoked the patent. This was appealed and the appeal proceedings are still ongoing. In light of this it is a bit confusing that the patent is registered as granted. I am not a lawyer and I don't read German very well so it is difficult for me to understand where the case stands today. Can I assume that the patent claims have been revised in a way that avoids the problems pointed out by CJEU? I can't find any articles on this topic when I google use a search engine, but maybe the IPKat's readers have more information ...?
Well, do you?


Council, Community and Compromise: new trade mark law for the EU? The Council of the EU has published final compromise texts on a recast trade mark directive and revisions to the Community Trade Mark Regulation with a view to their agreement. The texts include several departures from the original proposals published in March 2013 as well as numerous clarifying amendments. Their publication reflects political agreement on the proposals as between the European Commission, the Council and the European Parliament in April 2015.  Formal adoption by the European Parliament and the Council is expected in the coming weeks, following which the 28 EU Member States will have three years to transpose the recast Directive into national law. Most of the amendments to the Regulation will come into effect with its entry into force 90 days after its publication in the EU's Official Journal, with the rest being kick-started by the enactment of the inevitable secondary implementing legislation. Links to all three documents can be found on the Class 46 website here.

No confusion between AGRI.CAPITAL and AGRICAPITAL. While on the subject of trade marks in the EU, this Kat notices that in Case T-524/13 AgriCapital v OHMI - agri.capital (AGRI.CAPITAL) the General Court has upheld an OHIM Board of Appeal decision that there was no likelihood of confusion between the word sign AGRI.CAPITAL for real estate management, brokerage services and building promoter services, and two earlier AGRICAPITAL word Community trade marks which had been registered for financial services.  This is correct, in that the parties' respective services were neither competing nor complementary.

While financial services are important from the perspective of the average consumer of  real estate management, brokerage services and building promoter services, the same can be said of a significant proportion of activities conducted in any market economy. Accordingly, the link between the parties' respective services was not sufficiently close to enable the court to conclude that the relevant public would think those services were covered by the same undertaking. This decision shows that the Court is determined not to accord over-wide protection to a mark for a service of very wide application such as financial services, broadcasting services and retail sales. 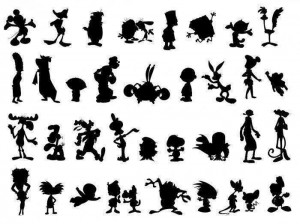 Around the weblogs.  The IP Finance blog carries reports on three of yesterday's sessions of the IPBC Global 2015 Intellectual Property Business Conference, on patent sales and purchases, the experiences of some successful inventor-entrepreneurs and the needs of patent-based start-ups.  Elsewhere, Andy Johnstone on the 1709 Blog discusses Save-the-Link Day (see below for further information). Finally, Marty Schwimmer's Trademark Blog challenges readers to identify the images reproduced in silhouette: is this indeed a valid method of testing for the existence of secondary meaning? 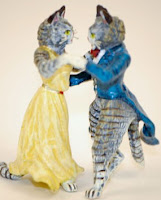 "Would you care for the pleasure of the next dance?"  This year's IP Ball 2015 is fast approaching and this Kat hopes that you will not be missing out. Rumours abound that it's going to be quite a party. The date of this exciting happening is 18 July, and it is being held in support of Great Ormond Street Hospital, one of the world's leading paediatric hospitals.  The order of ceremonies is as follows: a drinks reception at 6 pm, a three-course dinner at 7 pm, with all manner of madness to follow. Tickets are £105 per person or £100 for Chartered Institute of Patent Attorney (CIPA) student members.  Just email theipball@gmail.com with your name, your guest's name and your CIPA student number (if applicable).  The deadline for purchase is 5 July 2015. For further and particulars visit www.facebook.com/theipball.


SaveTheLink. Meghan from OpenMedia has been in touch with us and writes as follows:

"A key vote in the European Parliament is about determine whether internet users and companies can freely link to content and services of their choosing. In the worst case scenario, we could all become legally liable for every single thing we link to –- a move that would stifle free expression and kill some of our favorite online services [like the IPKat...]".

OpenMedia has been asking web platforms to help get the word out by embedding their widget on their sites. The widget points readers to the SaveTheLink.org website, where people can learn more about schemes that degrade the right to link. This Kat apologises for being a bit behind in getting this out.

Big cheese comes to the sunny South Coast.  The Bournemouth University's Centre for Intellectual Property Policy and Management (CIPPM) is running its CIPPM Symposium on 11 September 2015.  The topic is the legal regulation of geographical indications (GIs) in the EU, which might explain why the event is sponsored by Italian GI Grana Padano as well as the university itself. The speakers will mainly be UK-based academics and representatives from UK IPO, DEFRA and the European Commission (or WIPO). Further details are available here.
Tuesday tiddlywinks

Reviewed by Jeremy on Tuesday, June 16, 2015 Rating: 5
The IPKat licenses the use of its blog posts under a Creative Commons Attribution-Non Commercial Licence.