Passing off at common law and statutory passing off: is there a difference?

Neil Wilkof Friday, October 23, 2015 - common law, goodwill, law of passing off, Neil Wilkof, reputation, statutory construction
Most IP law is anchored in long-established legislation, such that the metes and bounds of these laws are subject to the rules of statutory construction in the particular jurisdiction. One of the most notable exceptions is the passing off right under English law, which is still a creature of the common law. Professor Christopher Wadlow has, in his multi-edition treatise, set the gold standard for understanding the passing off right. Against this framework, an interesting question arises in comparing the scope of the passing off right, when it is based on statute, with the right at common law. Is one more flexible than the other with respect to the subject matters covered; is one better positioned to take into account changing circumstances over time?

Consider the legal position of passing off under the law in Israel. While its tort law derives from the English common-law tradition, and indeed Israeli courts continue to be influenced by the jurisprudence of passing off under English law, as well as other common-law jurisdictions, the Israeli law of passing off is embodied in statute rather than at common law. With respect to passing off, two stages can be identified. In the first stage, reaching back to legislative enactment in the 1940s, Section 59 of the Civil Wrongs Ordinance provided for a law of passing off based on the following:

More recently, as part of a legislative reenactment of certain portions of the tort law in 1999, under the so-called Commercial Torts Law, Section 1 re-codified the law of passing off as follows:

Compare this with the generally accepted three-part test under the English law of passing off:

2, There must be a misrepresentation by the defendant that will lead, or likely lead, members of the relevant public to believe in error that the goods or services come from another source.

3. This misrepresentation must cause damage to the goodwill of the claimant. 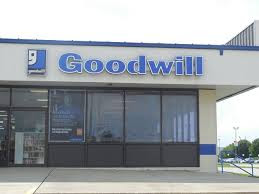 It was on the basis of this common-law test for passing off that the Supreme Court ruled (as discussed by this Kat) in May 2015 in the case of Starbucks (HK) and another v British Sky Broadcasting Group, holding that a claim for passing off required proof of goodwill as evidenced by actual business activity by the plaintiff in the jurisdiction. Mere reputation in the absence of such business activity, made more likely by the ease of international travel and communications, is not sufficient. The sense of this Kat in reading the decision is that the Court showed great deference to the existing common-law on this point, so much so that one would be hard-pressed to imagine under what circumstances the Court will abandon this principle of passing off law. Still, how much of the Court’s result can be attributed to the nature of the common law and how it develops under the English system, and how much the result reflects the particular jurisprudential orientation of the justices involved , is a matter which this Kat is still pondering.

In any event, this Kat wonders how a court, deciding under a statute of passing off, such as Israel, rather than passing off at common law, would have ruled. As a first approximation, it is possible to conclude that the later Israeli enactment provides for a broader scope of protection for passing off than did the earlier one. Add to this the potential scope of statutory construction, ranging from the strict to the flexible. When both of these factors are taken into consideration, there is a plausible basis to conclude that such a court might come down differently regarding the understanding of goodwill and reputation in a digital world. Under this view, what will ultimately matter will be the specific facts at issue in light of the statute and the principles of statutory construction, rather than a bright-line common-law rule not readily given to modification, even when changing circumstances suggest that such a modification might be appropriate.
Passing off at common law and statutory passing off: is there a difference?

Reviewed by Neil Wilkof on Friday, October 23, 2015 Rating: 5
The IPKat licenses the use of its blog posts under a Creative Commons Attribution-Non Commercial Licence.