The Indonesian IKEA case: what happened and why it might actually be good for foreign companies

There have various rumblings about the decision of the Supreme Court of Indonesia involving the IKEA trademark. Prudence Jahja and Andrew Diamond of Januar Jahja & Partners, Jakarta, Indonesia, have prepared an analysis of what in their view the Court really decided.

“Much like Mark Twain, reports of IKEA’s death in Indonesia have been greatly exaggerated. Over the past week or so, it has been widely reported

that due to a recent Supreme Court decision cancelling two IKEA trademark registrations for non-use, Inter IKEA Systems B.V. had ‘lost its rights to the IKEA trademark in Indonesia to a local company’ and ‘would have to change its name’. Yet IKEA’s flagship store on the outskirts of Jakarta remains open for business as usual. Fittingly, this story requires a little self-assembly and as is often the case, the truth lies somewhere in the middle—here, between the initial erroneous reporting that was repeated with little independent fact-checking and the smart portfolio management by IKEA itself that turned this episode more into a public relations headache than an IP disaster. What’s more, the decision, while certainly not in IKEA’s favor, could actually be beneficial for foreign companies in Indonesia going forward, by providing them with another tool to fight the ongoing problem of trademark squatting.

First a discussion about the anatomy of the case. Well before Inter IKEA Systems B.V. opened its inaugural store in Indonesia, it filed on January 25, 2005 applications for its IKEA trademark in Indonesia, covering Class 20 and 21 goods. The Class 21 application was registered on October 09, 2006, while the Class 20 application was only registered some four years later, on October 27, 2010. Perhaps as a result of previous trademark litigation in Indonesia, it appears IKEA became aware that its original two registrations had become vulnerable to non-use cancellation. As such, it filed new applications in March 2012. These applications were successfully registered in September 2014. However, in the meantime, on December 20, 2013, a local company named PT. Ratania Khatulistiwa filed two applications in Classes 20 and 21 for the mark “IKEA INTAN KHATULISTIWA ESA ABADI” and four days later filed a lawsuit with the Central Jakarta Commercial Court to cancel the original two IKEA registrations based on the non-use provisions of the Indonesian Trademark Law. 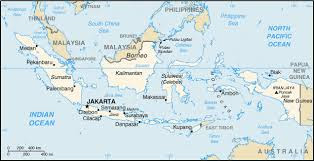 Article 61(2)(a) of the Indonesian Trademark Law states that a trademark can be cancelled if it has not been used in trade for relevant goods and/or services for at least three consecutive years from the date of registration or of last use, unless there is an ‘acceptable reason’. Under Article 63, non-use cancellation actions in Indonesia are proper civil litigation before the Commercial Courts rather than an administrative proceeding before the national IP Office. As the plaintiff had the burden of proof, it had engaged a local company to conduct a market survey in five large Indonesian cities (Jakarta, Bandung, Medan, Surabaya, and Denpasar (Bali)). Since there were not yet any IKEA stores in Indonesia, the resulting report unsurprisingly found that no IKEA products had been sold over the previous three years at any of the 140 stores surveyed. As such, on September 18, 2014, the Central Jakarta Commercial Court ruled that IKEA’s original two trademarks should be cancelled due to non-use. One month later, IKEA both formally appealed this decision to the Indonesian Supreme Court and opened its first store in Indonesia. In May 2015, the Supreme Court affirmed the lower court’s ruling. Although a few news stories started appearing as early as August 2015, it was not until February 2016 that the decision became widely reported.

Based on a literal interpretation of the Trademark Law’s non-use provisions, the decision appears to have a sound basis in law: while IKEA’s two original applications were registered in October 2006 and 2010, the first IKEA store selling Class 20 and 21 goods did not open in Indonesia until October 2014, with no ‘acceptable reason’ to excuse the non-use. Interestingly, the Supreme Court’s ruling was a 2-1 decision, with Judge I Gusti Agung Sumanatha filing a rare dissent, arguing that because IKEA had proven that it was the owner of a legitimately registered well-known trademark, the non-use provisions should not apply. While not explicitly supported by the Trademark Law’s text, Judge Sumanatha’s dissent speaks more to the spirit and purpose of the Law and is a welcome development. Troubling, however, is that both courts ruled PT. Ratania’s applications for the mark “IKEA INTAN KHATULISTIWA ESA ABADI” were “legitimate” (“sah”). Such a ruling is as unclear as it is unnecessary and ignored clear evidence presented during the trial that PT. Ratania knew about IKEA prior to filing their own applications, strongly implying that the applications were impermissibly filed in bad faith. While the courts’ unclear language and meaning likely lead to the confusion in reporting on this case, neither the Commercial Court nor the Supreme Court said that PT. Ratania is now the true and legitimate owner of the IKEA mark in Indonesia.

It is unclear at this time whether IKEA has already filed or will file one last appeal for reconsideration, as is its right. Regardless, this

case primarily demonstrates the importance of reviewing trademark portfolios periodically and identifying which registrations (if any) are vulnerable to non-use cancellation. IKEA itself was clearly aware of this possibility when it filed new applications in 2012. These marks have now been registered and are not yet vulnerable to non-use cancellation. Given that IKEA is now clearly using its marks in Indonesia, it is unlikely that these registrations will be vulnerable anytime soon. Clearly, that is a big win for IKEA and is the main reason why its operations in Indonesia can continue as normal. Moreover, succeeding in non-use cancellation actions in Indonesia historically has been difficult. More decisions like this have the potential to help foreign companies, by providing them with additional leverage and/or options when confronted with situations of trademark squatting or conflicting prior marks. While it is tempting to fit this case into the easy narrative that Indonesia is a difficult place for foreign companies to do business, interested parties and observers should instead focus on the actions taken by IKEA years before that helped them keep control of their brand in this increasingly important emerging market and render any obituaries decidedly premature.”
The Indonesian IKEA case: what happened and why it might actually be good for foreign companies

Reviewed by Neil Wilkof on Friday, February 19, 2016 Rating: 5
The IPKat licenses the use of its blog posts under a Creative Commons Attribution-Non Commercial Licence.