Since public buildings are funded from public moneys, it will come as no surprise that their design can be wrapped up in politics and 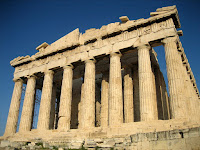 bureaucracy. Consider the reports that President Trump is contemplating an executive order, entitled “Making Federal Buildings Beautiful Again”, which will provide that “the classical architectural style shall be the preferred and default style” for various categories of federal buildings and building projects contracted through the General Services Administration (GSA) and costing more than $50 million.

Executive orders emanate from the executive (the White House) rather than the legislative branch (Congress), meaning that they are not subject to legislative approval. If a final executive order is issued, the whiff of diktat in favor of neo-classical design (per Hyperallergic.com, emphasizing “symmetry, proportion, and columns … lots of columns”) will be “in”; modernist architectural design in its various forms, epitomized by Brutalism, will be “out”.

As described in various reports (see, e.g., here, here, here and here), the draft order embraces a preference for neo-classical architecture by the U.S. Founding Fathers (such as George Washington and Thomas Jefferson) in the late 18th and early 19th century. In so doing, it is claimed, they sought to reflect the values of “democratic Athens” and “republican Rome” and their “self-governing ideals”.


Classical and traditional architectural styles have proven their ability to inspire such respect for our system of self-government. Their use should be encouraged.

Ironically, perhaps, while the adoption of such architectural form hearkened back to ancient Greece and Rome, it was essentially revolutionary, rather than conservative, in nature.

The immediate bogeyman in the proposed order is the GSA Design Excellence Program, which, it is claimed, has expressed a preference for an architectural modernism that fails to incorporate “our national values into Federal buildings”. As a result, “the federal government has largely stopped building beautiful buildings the American people want to look at or work in”.

In the words of Marion Smith, chairperson of the National Civic Art Society, a non-profit organization that champions the classical style (and which seems to have “spearheaded” the formulation of the draft order), contemporary architecture has “created a built environment that is degrading and dehumanizing.” Focusing on the design of federally-funded buildings, Mr. Smith criticizes bureaucrats who “… have quietly spent taxpayer money constructing ugly, expensive, and inefficient buildings.” 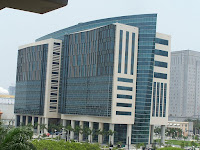 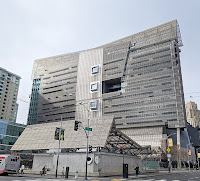 Kat readers should be able to get the gist of what is meant by Brutalism from the term itself, but a bit of visual aid won’t hurt. Note, from left to right, the Wilkie D. Ferguson, Jr. U.S. Courthouse in Miami and the U.S. Federal Building in San Francisco, and below the U.S. Courthouse in Austin, Texas, all of which are specifically mentioned in the draft order.

This is not the first time that the U.S. federal government has been involved in the design of federal buildings. Back in 1962, the Guiding Principles for Federal Architecture were issued. However, if the current draft order is made final, these Guiding Principles will need to be drastically modified.

Drafted by then Senator Daniel Patrick Moynihan, the Guiding Principles provided that Federal architecture “must provide visual testimony to the dignity, enterprise, vigor, and stability of the American government.” The draft order reportedly uses these same words—dignity, enterprise, vigor and stability. In its view, however, modernist styles, such as Brutalism, “fail to satisfy these requirements and shall not be used”.


“Design must flow from the architectural profession to the government and not vice versa. The Government should be willing to pay some additional cost to avoid excessive uniformity in design of Federal buildings.

The proposed mechanism for giving expression to the order will be the President’s Committee for the Re-Beautification of Federal Architecture. As reported by the New York Times—


If a style other than classical is proposed for a project, the order establishes a high bar for getting approval: it would establish a presidential "re-beautification" committee to review designs and would still give the White House final say.


The AIA strongly opposes uniform style mandates for federal architecture. Architecture should be designed for the specific communities that it serves, reflecting our rich nation’s diverse places, thought, culture and climates. Architects are committed to honoring our past as well as reflecting our future progress, protecting the freedom of thought and expression that are essential to democracy. 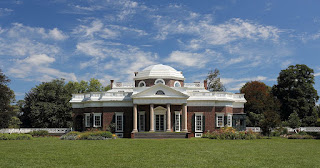 For this Kat, one can formulate both a pro and contra to the position of the AIA. On the one hand, the notion of a viable democracy, as it took root in the 18th century, placed great emphasis on scope; it would best flourish in a smallish polity, with the sovereign providing services of scale, such as mutual defense.

When constitutional federalism was adopted by the Founding Fathers, they took this to heart. Yes, there would be a national government, but the federal system would equally would rest on the vibrancy of the states in giving expression to the needs of local polities.

On the other hand, federalism has a legitimate aspiration to achieve some degree of consensus at the national level. To accomplish this, appropriate messaging is important. Neo-classical design of federal buildings constructed and maintained by public moneys might be one form of such messaging. Whether “Making Federal Buildings Beautiful Again” will provide a satisfactory balance between diversity and coherence in the design of federal architecture lies at the heart of the debate over the proposed order.

Photo on upper right by User: Mountain and has been released into the public domain.

Photo on middle left by Miami 92 and has been into the public domain.

Photo on middle right by HaeB and is licensed under the Creative Commons Attribution Share-Alike 4.0 International license.

Photo in the middle by Billy Hathorn and is licensed under the Creative Commons Attribution Share-Alike 3.0 Unported license.

Photo on lower left by Martin Falbisoner and is licensed under the Creative Commons Attribution Share-Alike 3.0 Unported license.

Reviewed by Neil Wilkof on Tuesday, February 11, 2020 Rating: 5
The IPKat licenses the use of its blog posts under a Creative Commons Attribution-Non Commercial Licence.