Speaking at a meeting of the Competition Law Association hosted by law firm Simmons & Simmons in its CityPoint headquarters, IPKat co-blogmeister Jeremy was discussing the collision between intellectual property law and competition law. The focus for this collision was the problems facing ordinary traders who are faced with ordinary decisions like "can I sell this batch of toothpaste?" - the issue at the heart of Case C-405/03 Class International BV v Colgate-Palmolive Company and others [2006] ETMR 12 . Even in the trade-friendly European Union lawyer just can't say "yes" or "no": he has to consider the following counterpoint (using the traffic-light colour scheme of green for 'go' and read for 'stop'):

1. GENERAL RULE of free trade — anyone can import goods into any European Economic Area (EEA) country and then sell or distribute them there.

2. EXCEPTION for the protection of intellectual property — where a third party owns a trade mark which that importation infringes.

3. EXCEPTION TO THE EXCEPTION: where the trade mark owner has put the goods into the market himself or has consented to their marketing. 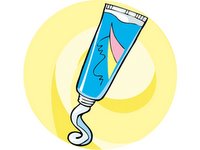 Jeremy is giving further thought to this issue and is contemplating turning his talk into an article. For this reason he is making his (unusually full, for him) PowerPoint presentation available to anyone who has any interest in the IP/competition law interface and would like to comment on it.

The third and final course takes place on 11 September and there are still a couple of vacancies. If you'd like to know more about it, click here.
CLASS WARFARE; IP WRITING SKILL COURSE Reviewed by Jeremy on Thursday, July 06, 2006 Rating: 5
The IPKat licenses the use of its blog posts under a Creative Commons Attribution-Non Commercial Licence.