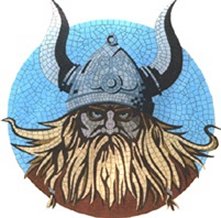 As has been widely reported in many other places (for example here, here and here), the technology surrounding Bluetooth (official site here), named after a 10th century Scandinavian king famed for unification of previously warring tribes, looks set to be involved in patent litigation after the Washington Research Foundation filed a complaint in a Seattle court naming Matsushita (owners of the Panasonic brand), Nokia and Samsung as defendants.

The patent in question, US 7,116,963, is one of four in the name of inventor Edwin Suominen, all of which derive from a single application (US 08/713,761) filed in 1996. The inventor was apparently an undergraduate student at the time and came up with a method of radio frequency tuning. All these applications were assigned to the University of Washington.

The patents were then licensed to Broadcom, a competitor of the defendants in the US. Since the defendants were apparently warned about WRF's patents, and did nothing about it, the complaint argues that the defendants "wilfully and deliberately infringed" the patent, which in the US can result in multiple damages: potentially making the action very profitable for WRF (a non-profit foundation).

The patent in question has 78 granted claims, and WRF argue that the defendants infringe at least seven of them, but don't go into any further detail. Looking at these claims, it appears that the argument has to do with dynamically varying a passband bandwidth of a tuner. To the IPKat's finely tuned ears, this sounds like something fundamental to do with how Bluetooth works, which is by hopping around frequencies to avoid interference with other devices and things like microwave ovens (which operate around the same frequency band). If these claims were upheld, companies such as CSR (previously known as Cambridge Software Radio), who supply the big companies like Nokia with Bluetooth technology, could be in a bit of trouble. At present, CSR are being bullish, and say that "the suit is without merit in relation to CSR's Bluetooth(R) chips and CSR will defend its products vigorously".

Noting that it is only the fourth in line (granted in October 2006) of the patents that is complained of, the IPKat (marvelling at the ingenuity of US attorneys) wonders how it is that US applicants manage to get progressively broader patents granted as they file successive continuations and divisionals off the same original application. Do they wear down the poor overworked and underpaid US Patent Office examiners with their many and varied applications, or are they somehow marvellous at coming up with so many novel and inventive ideas from the same core concept? Merpel thinks the whole thing smells a bit fishy, and it's not just the pilchards she had for dinner, meowing smugly that we wouldn't see that sort of thing happening over here.

Some more blue teeth here, here and here.
Bluetooth battle looms Reviewed by David Pearce on Thursday, January 04, 2007 Rating: 5
The IPKat licenses the use of its blog posts under a Creative Commons Attribution-Non Commercial Licence.