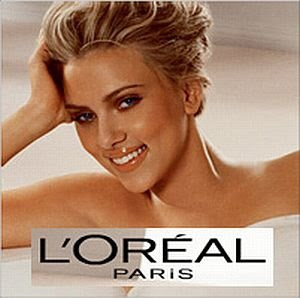 In what some cynics would describe as a rare victory for a foreign internet business on French soil, eBay has emerged successful from the trade mark infringement action brought against it by cosmetics giant L'Oréal. According to information from the IPKat's friend Stephanie Bodoni (Bloomberg), the trial court considered that eBay had met its legal obligation to combat fake products.

Right: L'Oréal's products are appealing -- but will the company do likewise?

The Tribunal de Grande Instance de Paris has now called for the warring companies to go to mediation in order to develop together a constructive course of conduct that must be placed before the court by 25 May for its approval.

In the court's view, eBay had acted in good faith by establishing means to fight counterfeits on its online auction platform”. Added Judge Elisabeth Belfort, in her 24-page decision this morning,

"Preventing counterfeits will only be effective through a close collaboration between rights holders and eBay.”

This ruling is eBay’s first victory in a French court, less than a year after the same company was ordered to pay compensation to Hermès International and LVMH Moet Hennessy Louis Vuitton SA (see IPKat post here; see also here).

L'Oréal has sued eBay not only in France but in at least four other jurisdictions, claiming that the auction site profits from sales of fakes and that it goes too far by asking brand owners to help police auctions. It was its contention that eBay’s software bids on behalf of buyers, handles payments and ensures the delivery of goods, making it not merely a venue or a means through which sales are conducted but an actual participant in its customers' sales. The company had sought sought 3.5 million euros to compensate it for the loss allegedly inflicted by eBay in terms of undermining its distribution system, as well as the appointment of an expert to tally up its income lost to counterfeiters.

eBay says it does all it can to fight fakes, employing a team of 2,000 people and allocating an online crime-fighting budget of US$10 million a year. Far from being a pirates' haven, eBay says that fewer than 0.2 percent of the 2.7 billion listings on eBay’s site last year were identified as potentially counterfeit.

The IPKat believes that judgment is currently awaited in an action in England and Wales between the same parties, heard by Mr Justice Arnold earlier this year.
BREAKING NEWS: eBay beats L'Oréal in France

Reviewed by Jeremy on Wednesday, May 13, 2009 Rating: 5
The IPKat licenses the use of its blog posts under a Creative Commons Attribution-Non Commercial Licence.