E-Learning on Software Patents at the EPO 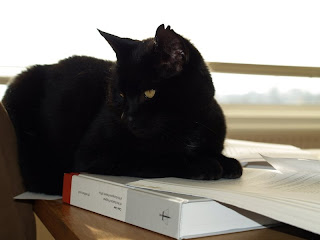 Now that all observations are now in on G 3/08 (see here), the EPO have started to have their own say on how software patents (or "computer-implemented inventions" according to the EPO definition) can be granted. A brochure titled "Patents for Software?" has just been released, and is available from the EPO here. The introduction to this makes clear what the EPO's own definition is:

"Relying on a well-known and widely used definition, a computer-implemented invention is an invention whose implementation involves the use of a computer, computer network or other programmable apparatus, the invention having one or more features which are realised wholly or partly by means of a computer program. The term software, on the other hand, is ambiguous. It is generally understood as the implementation of an algorithm in source or object code, but without distinguishing between technical and non-technical processes.

As with all inventions, computer-implemented inventions are patentable only if they have technical character, are new and involve an inventive technical contribution to the prior art.

The European Patent Office (EPO) does not grant patents for computer programs ("software patents") or computer-implemented business methods that make no such technical contribution. In this respect the granting practice of the EPO differs significantly from that of the United States Patent and Trademark Office (USPTO). [IPKat comment: Although, after Bilski, it appears that the USPTO is now even more strict than the EPO]

The EPO have also made available (unfortunately only in English) two very well produced online presentations (or "e-learning modules", as the EPO likes to call them) on what computer-implemented inventions are, and how they are granted under the EPC. These are available here and here. The IPKat has viewed these (it only takes about half an hour in total), and would highly recommend them to anyone interested in the subject, particularly those who might be confused about the difference between what is termed an invention under Article 52 and what is patentable, which are of course quite different things. His only gripe about the presentations (other than the part where one is asked to willingly suspend disbelief about what the word 'technical' means) is the grating use of the apparently wrong pronunciation of the word patent. Througout all his training, this Kat was told that it was most definitely "PAH-tent", and not "PAY-tent". But then maybe the EPO is right again, and the rest of us are all wrong...
E-Learning on Software Patents at the EPO

Reviewed by David Pearce on Tuesday, June 09, 2009 Rating: 5
The IPKat licenses the use of its blog posts under a Creative Commons Attribution-Non Commercial Licence.