Annsley Merelle Ward Tuesday, June 23, 2009 - AmeriKat, biologics, pay-to-delay
The IPKat is pleased to introduce a new member of the blogging team, the AmeriKat. Her real name is Annsley Merelle Ward and you can read all about her if you scroll down to her piccie on the side bar. Annsley is right at the bottom, below Tufty, in keeping with the Kats' traditional adherence to alphabetical order.

The AmeriKat will be providing letters from America on a regular basis, throwing some light on events in the US for the benefit of those of us who know it is but not what it is about. Here's her first offering:

Will Waxman's axe chop biologics? And has pay-to-delay had its day? 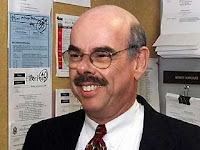 The summer sun has brought to Washington a flurry of activity in the area of patent law. As was previously reported by the IPKat in March, Representative Henry Waxman’s (D-California) Bill, if passed, aims to reduce the exclusive marketing currently enjoyed by brand-name biologics to five years and provide for a mechanism for FDA approval of these drugs where currently there is none.
Right: Senator Waxman (right), celebrating his first appearance on the IPKat weblog
This means that currently, along with “pay-for-delay” settlements where brand-name drug manufacturers pay generic competitors to stay out of the market, the current state of the law has prevented generic biologics from entering the market and competing with the brand-name versions at all. This has had the effect of prohibiting access by U.S. consumers to lower priced drugs.
Since March, Washington has seen two significant events occur that may be signalling a change of fortune for the pharmaceutical industry in this area. First, in dealing with “pay-for-delay settlements”, the U.S. House Energy and Commerce Committee’s Commerce, Trade, and Consumer Protection Subcommittee has voted 16-10 in favour of Representative Bobby Rush’s (D-Illinois) Protecting Consumer Access to Generic Drugs Act of 2009 (H.R. 1706). This Act prohibits these types of anticompetitive settlements and, if passed, may have the effect of reducing the cost of prescription drugs.

Waxman stated that the FTC’s report “completely disposes of the drug industry's argument that they need 12 to 14 years of exclusive marketing, indeed that they need any additional exclusivity, to sustain innovation.”Responding earlier to the introduction of Waxman’s Bill, the Biotechnology Industry Organization’s President and CEO Jim Greenwood argued that the Bill “does not strike the necessary balance for patients or the economy” as it would de-incentivise investment into research and new drugs by enabling competition from FOBs. The FTC conclusion, however, is explicitly at odds with the view held by Greenwood.

The FTC’s report and the sub-committee’s vote in favour of Rush’s Bill possibly strengthens the prospects of Waxman’s Bill and may assist in its passage through the Committee and Congress. Because Rush’s Bill received a favorable vote it stands a strong chance of being accepted by the Democratic controlled House and Senate. Its passage may ease the way for Waxman’s Bill, which was previously heralded by Mr Kailian, a moderator of the BIO 2009 International Conference session aptly entitled "Weathering the Perfect Storm of Financial Distress and Political Pressure”, as being “dead in the water”.

For some entertaining and pointed questioning of brand-name pharmaceutical companies ‘anti-competitive’ behaviour, the AmeriKat strongly suggests watching the examination of the witnesses during the Sub-Committee’s hearings.

Has Jammie got off lightly? 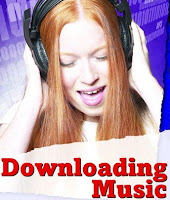 Over a thousand miles away from the legislative chambers of D.C., Jammie Thomas-Rasset, the Minnesotan mother who illegally downloaded and shared 24 songs, has been ordered to pay $1.92 million to four major music labels, a sum which works out at $80,000 per track. Although this figure seems legally, if not morally,excessive, it must be remembered that section 504(c)(2) of the U.S. Copyright Act allows upwards to $150,000 per wilfully infringed work. The sting in this case is that, two years previously, Thomas-Rasset had been convicted on similar charges of copyright infringement and ordered to only pay about $200,000. However, due to the judge’s faulty jury instructions in this previous case, the verdict was thrown out and a retrial rescheduled. The attorney for Thomas-Rasset, Kiwi Camara, stated that he was surprised by the size of the award and, although he was prepared to negotiate with the RIAA, he shortlisted issues on which he would appeal the judgment.

Needless to say, where the RIAA received poor press previously for their litigious activity, the astronomically high award of damages in this case against one individual is set to continue to diminish their standing in U.S. court of popular opinion. With the support of powerful Democrats in Washington, popular opinion is not something that the RIAA is overly-concerned with for the time being – although the AmeriKat argues that they probably should be. Regardless of a settlement or appeal in this case, Thomas-Rasset is set to be used as a poster child of the RIAA’s unwinnable litigious battle against file-sharing and the need for proper reform in the area of digital music piracy.

Kappos and the wind of reform

Maybe the AmeriKat was less interested in intellectual property matters under the previous administration, or maybe there was in fact just less reform in the field, but she can’t help but notice a distinct wind of reform in the air. This has been highlighted by President Obama’s nomination of David Kappos to head the United States Patent and Trademark Office. Kappos,

the Vice President and Assistant General Counsel at IBM, previously testified before the Senate Judiciary Committee that “excessive [patent] litigation threatens to sap America's innovative capacity and its ability to compete in the world if left unaddressed".
The AmeriKat urges readers to watch Kappos’s testimony and to also to take a look at IBM’s Intellectual Property Policy Statement, one of the better ones she has read. Not afraid of the prospect of reform, Kappos may be the energy needed in Washington to support the latest raft of much-needed intellectual property reforms.

Reviewed by Annsley Merelle Ward on Tuesday, June 23, 2009 Rating: 5
The IPKat licenses the use of its blog posts under a Creative Commons Attribution-Non Commercial Licence.