Jeremy Wednesday, January 13, 2010 - Jeremy Phillips, Wednesday whimsies
Forthcoming attractions. Despite changing their names last year, the European Union's top courts (the Court of Justice of the European Union and the General Court) can't put the IPKat off the scent of their caseload. Coming up soon are some major attractions for IP enthusiasts. Between now and the end of the month these include the following:

* Case C-398/08 P Audi v Office for Harmonisation in the Internal Market, in which the car-manufacturing appellant contests OHIM's conclusion that the words 'Vorsprung durch Technik', which every motorist the Kat has ever met associates with Audi, are not distinctive because they are seen as an advertising slogan (Judgment of the Court of Justice, 21 January);
* Case C-48/09 P Lego Juris v Office for Harmonisation in the Internal Market, which is Lego's final fling in its lengthy battle to save the registration of its toy bricks as Community trade marks (Advocate General's Opinion, 26 January).

The IPKat hopes to report and comment on each of these in turn, so watch this space ... 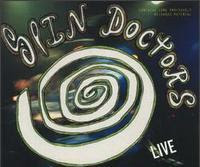 Not all headings are necessarily what they appear to be. Anyone reading the words "Revised patent and trade mark fees continue to encourage innovation" might be forgiven for thinking that the text which they introduce announces a reduction in fees. Not so. The words herald an increase in some patent and trade mark filing fees at the UK's Intellectual Property Office, the increase taking effect on 6 April 2010. A more appropriate heading might be "Modest fee increases continue not to be noticed among most IP applicants".

Around the blogs. The Afro-IP weblog, which seeks to bring coverage of developments in intellectual property across the length and breadth of Africa, is trawling for new blogging talent, particularly from jurisdictions from which it rarely receives news and comments [subtle hint to readers: South Africa is very well supplied; most of the rest of Africa isn't]. Afro-Leo says: "if you'd like to be considered for membership of the Afro-IP team, please email team leader Darren Olivier here and give him details of your IP background and experience.

On Monday the IPKat drew the attention of readers to the little spat over the PUFFIN POO trade mark before the United Kingdom Trade Marks Registry. He has since heard from Lone Prehn (Zacco, Denmark) of the trade mark SULTAN LOKUM for Turkish Delight. "Lokum", she informs him, is the Danish word for "toilet" and the product in question indeed resembles a toilet. Merpel wonders whether the time might come when words like "poo" and "toilet" will be regarded as terms that should not be monopolised on the basis that they are in general use within the confectionery sector and are needed by other businesses. 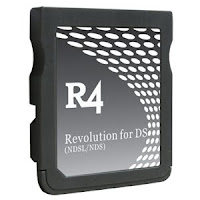 Michael Goulbourn has written a brief piece in relation to some IP issues associated with the sale of R4 cards that enable Nintendo users to use non-games applications. He tells the IPKat that he is looking for some criticism of the piece with a view to improving it so that it might be published in the newsletter of the pro bono LawWorks group. If you'd like to read it and give Michael the benefit of your thoughts, the article is here and you can reach Michael here.

Thanks are due to veteran IPKat reader Lee Curtis for this item concerning the aspiration of the family of Blade Runner author Philip K. Dick to sue Google for infringement of what it claims to be its intellectual property rights in the name Nexus 6 (Google is promoting its Nexus One smartphone). All the Kats are going to watch carefully for developments. Was it not Blade Runner, after all, that gave them their favourite science fiction characters, the lovely and glamorous replicats?
Wednesday whimsies

Reviewed by Jeremy on Wednesday, January 13, 2010 Rating: 5
The IPKat licenses the use of its blog posts under a Creative Commons Attribution-Non Commercial Licence.