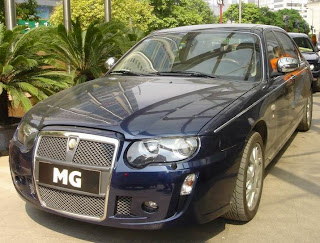 In July 2005 Nanjing had entered into an agreement with MG Rover (a now-dead British car manufacturing company) and its administrator by which it acquired most of MG Rover's assets, including all the rights to a large number of Community and UK trade marks. These trade marks included various marks consisting of the letters MG and device marks containing the letters MG and an octagonal logo -- marks that were associated with the once-famous British MG sports cars. It was agreed on both sides that a very substantial goodwill and reputation subsisted in the marks in question. The first defendant, MG Sports, made and sold cars, Riley (the second defendant) being its majority shareholder and managing director. MG Rover and MG Sports had something of a pre-existing business relationship, since in 2007 MG Rover, through its liquidator, had sold MG Sports various assets in connection with its sports car business. MG Sports subsequently made and sold cars which bore signs depicting the letters MG and "MG X POWER" and the octagonal logo. 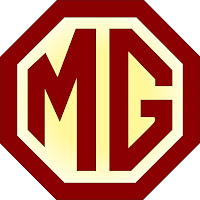 Nanjing sued for trade mark infringement and passing off, seeking injunctive relief and orders that MG Sports cease the use of the letters MG in its company name and domain name. The defendants did not dispute use of the MG letters and logo, but said they were entitled to ownership of the MG X POWER mark on the grounds that MG Rover had not sold and assigned that mark to Nanjing as part of the assets which were the subject of the 2005 agreement, having sold it to them under the 2007 agreement.

In this action the judge had to decide whether MG Rover had divested itself of any rights in the mark under the 2005 agreement with Nanjing because, if it had done so, any purported agreement to sell the mark to MG Sports in 2007 would be of no effect.

Sir William Blackbourne held in favour of Nanjing. In his view,

* On the proper construction of the 2005 agreement, the right to the MG X POWER marks had indeed been passed to Nanjing. While that agreement excluded certain business and assets from the transfer -- including those of MG Rover's sports car business -- that exclusion of assets did not extend to trade marks.

* All MG Rover's trade marks passed to Nanjing in 2005 within the very wide definition of "intellectual property" in that agreement.

* This being so, since Nanjing was the rightful owner of the MG marks, MG Sports had no such entitlement or licence to use them; its past and threatened future use of them amounted to trade mark infringement.

* Since MG Sports had never even been the registered proprietor of either the MG or the MG X POWER trade marks, it had no right to be treated as such as its reliance on the "honest business practice" and "use of one's own trade mark" defences under the Trade Marks Act 1994, ss.10(6) and s.11(1) respectively.

* passing off was established on the facts.

* A person who was a director or controlling shareholder of a company might be made liable as a joint tortfeasor along with the company where his participation or involvement in wrongful acts the subject of complaint went beyond the exercise of constitutional control. This was particularly the case for IP infringement, where liability as a joint tortfeasor might arise where that person intended and procured and shared a common design that the infringement took place, as was certainly the case here.

The IPKat has always been a little amused about the aura attached to the MGs of his youth. He has a vague recall of them being expensive to insure, prone to elementary mechanical failure and frequently invisible to large vehicles such as lorries. They did look cool when stationary, though. Merpel says, reading through the judgment, which offers a lengthy and painstaking review of the facts, it is difficult to avoid the conclusion that the defendants were labouring under the burden of a heavy bout of self-delusion; she thinks that they should have seen this coming to them.
MG cars here
MG X Power here
MG Sportswear here
Sticky end for MG Sports

Reviewed by Jeremy on Monday, March 01, 2010 Rating: 5
The IPKat licenses the use of its blog posts under a Creative Commons Attribution-Non Commercial Licence.