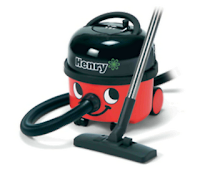 Opening the post-lunch session of "Copying Without Infringement", Peter Groves (Consultant, CJ Jones Solicitors LLP and IPso Jure blogger) spoke on the recent litigation in Numatic International Ltd v Qualtex UK Ltd , (noted here by the IPKat), an excellent example of how a manufacturer of vacuum cleaners, taking some care to avoid the infringement of any of Numatic's IP rights in its Henry cleaner (right), still found itself falling foul of the rights in Henry's overall shape and appearance via the versatile tort of passing off. 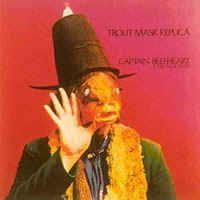 Citing authorities as diverse as Lord Justice Jacob, The Hitch-hiker's Guide to the Galaxy (on "the fundamental interconnectedness of all things") and Captain Beefheart (left), Peter impressed upon those present the issue of evergeening -- keeping one's protection eternally fresh, even though individual deciduous IP rights may fade and die. Given the interconnectedness and overlapping nature of IP rights both nationally and beyond, it's never easy to map out a clear path to the manufacture of a genuinely risk-free rival to a complex industrial product. In this instance Qualtex even approached Numatic with regard to the issue of how it might avoid IP infringement, but somehow the question of passing off was overlooked. 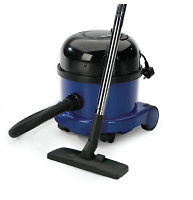 "Does the law of passing off give protection even after design protection has expired or run its course?"  To answer this question, one had to check out the classical trinity of passing off criteria: there had to be a misrepresentation, in relation to the claimant's reputation, which was likely to cause damage.  How was a misrepresentation made here? What was needed was a "sign, symbol, device or other means" -- in this case the message transmitted by the shape of Qualtex's machine itself (right) was quite adequate: other cases involving "other means" included the Jif lemon case, Dolly Blue, Glass Dogs and the RoHo cushion dispute.

In RoHo Mr Justice Jacob affirmed the principle that there was no reason why reputation should not exist in a product in which the IP rights had expired, in that case there was no residual risk of passing off, since the products in question were purchased by experienced healthcare staff and no likelihood of confusion would arise.  The facts of Numatic v Qualtex were however more amenable of relief.

Peter mentioned numerous other factors, including the case's evidential aspects, before concluding that, while failing to avoid disaster, Qualtex had made the disaster less bad than it might have been.

David Musker (Jenkins) then took the rostrum, giving a no-hold-barred account of the battle of Beifa and Schwann-Stabilo for the right to make and sell the well-recognised pen depicted (right, and see note on Class 46 here), given Beifa's Community design filing (above):  Schwann-Stabilo held an earlier German trade mark registration for a version of the pen's shape, with which it sought to invalidate Beifa's later Community design registration. David explained the framework under national, European and international design law with regard to conflicts between earlier trade marks and distinctive signs and later design rights, pointing to some of the uncertainties regarding the terminology employed in Community design legislation.

Testing the participants' judgment to the limits, David illustrated the problems of comparing registered trade marks with Community designs with a graphic PowerPoint presentation. Is the question a matter of similarity of registered signs but rather a matter of how they are used? Different techniques of assessment can produce quite different results, as can the assessment of a registered design against (i) prior art or (ii) prior rights.

After dealing with the Schwann-Stabilo case itself, David closed by running through a recent General Court decision involving pogs (Grupo Promo v PepsiCo, here): the approach to be taken when there is a conflict of designs, where the earlier design is unpublished, is the test of whether the later design would infringe the earlier one.  The "does it infringe" approach is vital, says the court, if it is to safeguard the rights of the owner of the prior design right -- and this test will be different if the earlier right is a trade mark, since the tests of design and trade mark infringement are not the same.
Copying without infringing: conference report 3

Reviewed by Jeremy on Wednesday, November 17, 2010 Rating: 5
The IPKat licenses the use of its blog posts under a Creative Commons Attribution-Non Commercial Licence.