Joint Ownership of a Trade Mark: The Tribulations of Termination

"Joint ownership of IP" -- no words strike more terror into the heart of an IP practitioner than the task of having to provide appropriate contractual provisions in such a situation. Truth be told, while I hardly relish this prospect, I can understand the urge to champion a joint ownership arrangement in an era of increasingly collaborative research and development. While it may be an exaggeration to say that joint ownership is a legal exigency when collabaration is concerned, I cannot deny that there may well be a plausible rationale for a client's insistence on a joint ownership relationship in such circumstances.

Less certain, however, are the arguments made in favour of joint ownership of a trade mark. If the bedrock rationale for the trade mark right is that the mark serves as an indicator of source, then a situation in which there are, as it were, two owners of the mark seems difficult to square with the notion of a trade mark as an indicator of source. For this reason, perhaps, I encounter fewer requests from clients for joint onwership of trade marks than for other IP rights. Fewer requests, but certainly not a null set; from time to time, an insistent client will instruct to draft a joint ownership arrangement--and the challenge to do so is renewed.

Against this backdrop, one of the most vexing provisions is the question of what happens to the rights in the trade mark in the event that the agreement between the joint owners come to an end. Here, as well, the issue of how to dispose of the rights in the trade mark upon termination of the joint ownership must take into account the underlying principle that a trade mark is an indicator of source. What are the options? Here are some of my thoughts on this matter. 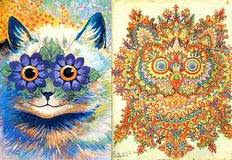 1. Allow both joint owners to each continue to use the mark after termination- I admit, this sounds far-fetched. However, it is not out of the realm of possibility if the emotive juices of the two owners will win out, especially if each of them wishes to continue to be engaged in the relevant field of interest ("What! Let the goodwill go to waste: what, let the mark go to my erstwhile partner!") Also, courts on occasion have given recognition to shared goodwill in a mark. As for the owners themselves, if we take the view that it is up to the parties to be concerned about consumer confusion, and if they are prepared to assume the risk, what is the principled reason not to allow them to go forward on this basis?

2. One owner purchases the mark and licenses it the other owner-- This is a version of no.1 to the extent that both former owners can in principle continue to use the mark after termination. Whether the parties want to go through the exercise of entering into a full-fledged licence agreement and, if so, whether one of the former owners is willing to settle for being a licensee (even an exclusive licensee), are open questions.

3. Provide a contractual mechanism to allows one party to receive full rights in the mark and to compensate the other party-- Under this view, if both parties want to continue to use the mark, the party ultimately willing to pay more for it will receive full ownership. There are various forms of "buy me\buy you" clause, the effect of which is to determine which owner values the mark more highly. This kind of arrangement may work better when both owners have some interest in continung to use the mark. If not, the owner with no ongoing interest might want to push a provision that authorizes the offer for sale of the mark to third parties, with a right of the other owner to match any such third party.
4. Set a purchase price in the agreement-- Here the parties agree at the outset who will own the mark upon termination. The price can be a certain sum (although that might be somewhat difficult to fix at the outset) or can be based upon some objective formula that itself is tied to commercial activity under the mark prior to termination.

5. Sell the mark to a third party/allow use of the mark to lapse whereby neither party can continue to use the mark-- This approach has a plausible sound of equity. If there is a willing buyer for the mark, why not sell the mark and share the proceeds equally. If not, in the name of fairness, let the mark lapse. If one or both owners wants to continue in the business, let it/them do so, but not under the mark previously owned and supported by the two owners.

I have no doubt that there are other possible forms of disposition of trade mark rights following termination in such circumstances. Maybe the easiest thing to do is not enter into a joint ownership agreement of a trade mark from the outset.
Joint Ownership of a Trade Mark: The Tribulations of Termination

Reviewed by Neil Wilkof on Friday, November 26, 2010 Rating: 5
The IPKat licenses the use of its blog posts under a Creative Commons Attribution-Non Commercial Licence.