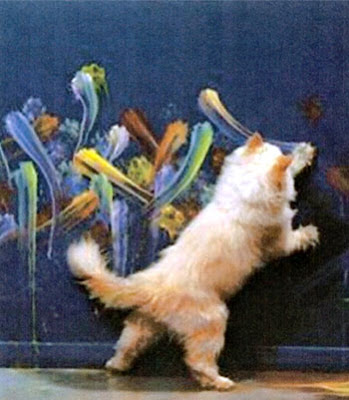 In a decision (I ZR 127/09) of October 2010 the German Bundesgerichtshof had to decide on the legality of the online archiving of reports about art exhibitions under Article 50 German Copyright Act (UrhG). The case was brought by the VG Bild-Kunst (the collecting society image and art) against an online news publisher who had illustrated its reports about art exhibitions with images of the works of arts on display.

Article 50 UrhG stipulates that the for ‘the purposes of reporting about events of the day by broadcasting or through similar technical means, in newspapers, periodicals and other printed matter or by means of other data carriers, which are mainly devoted to current event, as well as in films, the reproduction, distribution or and public communication of works, that can be perceived in the course of the reporting of such events, is justified to the extent as this is necessary for the purposes of this reporting’.

Thus, on the face of it, reports can legally include images of art for as long as the reports are about events of the day and the images are used for the purposes of illustrating the report. The reports about art exhibitions which the Bundesgerichtshof had to assess included the depiction of works of art, which due to their online archiving, could be regarded as permanent rather than current. However, the Bundesgerichtshof decided that reporting on current events under Article 50 UrhG was only permissible for as long as the event could still be regarded as an ‘event of the day’.

The court of appeal (Regional Court of Braunschweig) had decided that a permanent archiving of such reports was within the ambit of Article 50 UrhG and taken the view that the relevant time was when the respective report was added to the archive. If the reports had still been current at the point of being archived, then the reports including the depictions of the works had to be considered as permissible reports about an ‘event of the day’ in the sense of Article 50 UrhG. As such, the court of appeal had concluded that the depictions of works of art had not become illegal just because of the time that had passed. In particular, the court of appeal had found that there was not duty for the press to constantly check its online archives to establish whether the reports were still up-to-date.
On further appeal, the Bundesgerichtshof disagreed with the court of appeal’s view. The Bundesgerichtshof referred to its earlier precedents in the ‘Zeitungsbericht als Tagesereignis’ (I ZR 285/99 - newspaper report as event of the day) and ’TV-Total’ (I ZR 42/05) cases and decided that an event was an 'event of the day' in the sense of Article 50 UrhG for as long as the public regarded the report as reporting of an event of the present. It followed that one had to differentiate between the 1) reproduction and distribution of the reports on the one hand and 2) the question of making them publicly accessible in archives on the other hand.
In the first case, the art exhibition had to be current only at the point of the reproduction and distribution of the reports. However, where the reports were made permanently accessible to the public, they had to remain current for the whole time access was granted. The further Bundesgerichtshof disagreed with the court of appeal and held that checking the archive with a view to it being up to date was not too much to ask of the defedant. The Bundesgerichtshof stressed in this context that the claimant in the proceedings, the VG Bild-Kunst, allowed the press to publish its reports on the art exhibitions on the internet for a period of four weeks before the beginning of an exhibition until four weeks after they exhibtions had ended. In view of the judges a deletion of the reports after this period of time was easily possible and could be expected.
The Bundesgerichtshof further denied the defense under Article 53 (2) No. 2 UrhG which only allows the reproduction of copies for an internal archive or internal use. Furthermore, the court held that the defendant could also not invoke the right of quotation under Article 51 UrhG since reports about art exhibition s did not include any separate finding s about the works in the images had been used as proof. Consequently, the court found that the images of the works of arts were not used for the purposes of quotation.
The decision can be retrieved from the court’s website by clicking here.
BGH - Art exhibitions in an online archive

Reviewed by Birgit Clark on Monday, April 04, 2011 Rating: 5
The IPKat licenses the use of its blog posts under a Creative Commons Attribution-Non Commercial Licence.