Sometimes, if you listen carefully, you can almost hear the sound of inflated expectations being deflated. Here is one such case.  There was only going to be one winner in the proceedings mentioned here, and it wasn't going to be any of the defendants: by name, Yell Ltd v Louis Giboin and others [2011] EWPCC 009, 4 April 2011, a decision of Judge Birss QC in the Patents County Court (PCC), England and Wales.

In short, Yell was the registered proprietor of the YELLOW PAGES trade marks, one of which was a word mark and the other a device mark containing the words YELLOW PAGES.  These marks are well-known, both by the public and by unsuccessful litigants of various descriptions. The defendants' websites -- www.zagg.eu and www.transport-yellow-pages.com -- used the words "transport yellow pages" and a "walking fingers" device in a truck motif (right) in respect of an online directory of transport business and other services.

The defendants agreed that they had used Yell's trade marks but, they said, this was no problem: after all, their websites were not UK-based. Didn't the judge know that they were outside outside the court's jurisdiction? 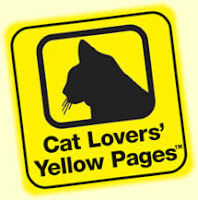 Now that the PCC has its smart new set of teeth, Yell obviously hoped there would be someone, or something, to bite.  The company was not disappointed.  Even without its new cutting-edge rules, the PCC was well equipped to deal with this claim.  Judge Birss QC found that the average consumer of the defendants' services within the UK would regard their websites as being directed at them for (among other things) services which could be bought in the UK and which were being supplied in the UK.  Not only was there trade mark infringement under the Trade Marks Act 1994, sections 10(2) [similar marks and services plus a likelihood of confusion] and 10(3) [taking unfair advantage, without due cause of the reputation of YELLOW PAGES], but there was passing off too: while Yell's marks were undoubtedly associated with a paper directory service, the British public associated them with UK directory services in whatever form they were delivered --including online.

Says the IPKat, an interesting diversion in this actions was caused by an attempt to raise the defence that the "walking fingers" had become generic, at least when used online. This brave attempt was based on US case law as well as on evidence submitted in respect of Australia and Azerbaijan. Thus


"Mr Giboin relied on a judgment of the United States' Court of Appeals for the Federal Circuit (the CAFC) dated 26th July 1995 in BellSouth Corporation v DataNational Corporation and others case 91-1461. The case was heard by Chief Judge Archer and Circuit Judges Rich and Mayer. BellSouth appealed from the decision of the Trade Mark Trial and Appeal Board of the United States PTO sustaining an opposition against their application to register a walking fingers logo as a design mark for classified telephone directories. The CAFC held that the "walking fingers" logo was a generic identifier of classified telephone directories in a (large) part of the USA.".

Alas for the defendants, both this submission and evidence that "walking fingers" online directories existed in Australia and Azerbaijan was fatally flawed by the fact that this dispute had to be determined in the UK, under British law and in relation to the mindset of the British consumer.

Merpel notes with interest that the word "numpty" appears in the judgment. As the judge explained:


"Yell also relied on the evidence of Luke Humble. He is a specialist in online marketing and website design. He is independent of Yell. He drew Yell's attention to the defendants' websites in the first place. The purpose of this evidence from Yell's point of view is that it submits Mr Humble was misled by the defendants' websites into associating them with Yell. ... Mr Giboin described him as a numpty. For those without the benefit of a Scottish education, a numpty is a derogatory expression referring to an ignorant stupid person. ...". 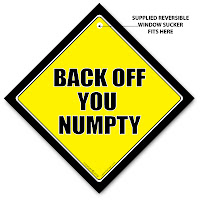 This is not actually the first time the n-word has been used in British litigation. It can be found, in the plural ("numpties") in Sheffield Wednesday Football Club Ltd and others v Hargreaves [2007] EWHC 2375 (QB), a Queen's Bench ruling of Richard Parkes QC, sitting as an additional High Court judge. Merpel observes that it is only necessary to explain the meaning of this word in County Court proceedings, since those engaged in High Court litigation, being better informed and probably able to converse with one another in Latin, are probably familiar with this term of art. Curiously, since the word is said to be Scottish, a search of the Scottish Courts database reveals no use of the n-word, either in its singular or plural form.
Walking fingers in Azerbaijan irrelevant to British action, rules judge

Reviewed by Jeremy on Tuesday, April 12, 2011 Rating: 5
The IPKat licenses the use of its blog posts under a Creative Commons Attribution-Non Commercial Licence.