Love him or loathe him, Steve Jobs, co-founder of Apple Computer Inc, was a pioneer of the computer technology revolution: the loss of his creativity and his inspiration has been greatly mourned since his passing in October 2011.

Last week came the news that a Chinese toy manufacturer, InIcons, was planning to release an action figure of the late Mr Jobs in February 2012. Given the man's giant stature, the story went viral. The eerily lifelike figure stands 12 inches (30 cm) tall and is dressed in the deceased's well-known combination of black turtleneck jumper, blue jeans, black leather belt, sneakers and round glasses. The figurine also comes with accessories made to scale, such as an apple (with or without bite), a stool and a backdrop that reads 'One More Thing'. On its website, InIcons states that the figurine is 'dedicated to the genius, great inventor, and visionary: Steve Jobs' and will be sold at US$99.99. There seems to be considerable pre-release interest in the figurine: when this Kat tried to purchase one (for research purposes of course), she was informed that 'Sorry! We are running out of stock for the first batch. Stay tuned.' 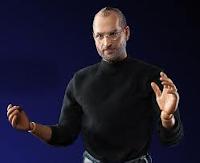 Not surprisingly, Apple was unimpressed with InIcons' figurine. On Friday, the Telegraph reported that Apple had sent a cease-and-desist letter to InIcons ordering it to stop making, marketing and selling the figure. In particular, the journalist claimed that 'Apple reportedly stipulates in a letter to the Chinese manufacturer that any toy that resembles the technology company’s logo, person’s name, appearance or likeness of its products is a criminal offence'. Unfortunately, this Kat has not been able to obtain any further information on Apple's grounds for complaint to know in which jurisdiction the claim is brought and whether it is based in trade mark, personality/publicity rights or some other cause of action.

In response to Apple's complaint, Tony Cheung of Inicon is reported to have told ABC News that 'Apple can do anything they like. I will not stop, we already started production.' He further reported to have received legal advice to the effect that the action figure is 'in compliance with the law because it’s not sold with any Apple product replicas'.

As readers will know, in England, there is no freestanding 'merchandising right', 'character right' or 'right of publicity'. As far back as 1977, the Whitford Committee considered the introduction of a new ‘character right’ which would have filled a perceived gap between the laws of copyright and of passing off. However, the Committee determined that it was not feasible (Whitford Committee, Report of the Committee to Consider the Law on Copyright and Designs (Cmnd 6732, HMSO, London, 1977). This position is to be contrasted with other jurisdictions such as the United States which has varying degrees of protection for personality rights and the right of publicity at state level. For further information, see this piece sent to the IPKat from his friend Jeff Roberts.

Laddie J in Irvine v Talksport [2002] EWHC 367 explained at [9] the difference between endorsement and merchandising:

'When someone endorses a product or service he tells the relevant public that he approves of the product or service or is happy to be associated with it. In effect he adds his name as an encouragement to members of the relevant public to buy or use the service or product. Merchandising is rather different. It involves exploiting images, themes or articles which have become famous. To take a topical example, when the recent film, Star Wars Episode 1 was about to be exhibited, a large number of toys, posters, garments and the like were put on sale, each of which bore an image of or reproduced a character or object in the film. The purpose of this was to make available a large number of products which could be bought by members of the public who found the film enjoyable and wanted a reminder of it. The manufacture and distribution of this type of spin-off product is referred to as merchandising. It is not a necessary feature of merchandising that members of the public will think the products are in any sense endorsed by the film makers or actors in the film. Merchandised products will include some where there is a perception of endorsement and some where there may not be, but in all cases the products are tied into and are a reminder of the film itself. An example of merchandising is the sale of memorabilia relating to the late Diana, Princess of Wales. A porcelain plate bearing her image could hardly be thought of as being endorsed by her, but the enhanced sales which may be achieved by virtue of the presence of the image is a form of merchandising.' 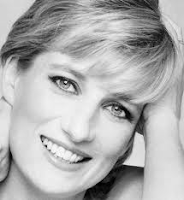 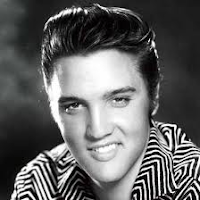 Regrettably, the Courts have not had many opportunities to consider cases on post mortem character merchandising. Rather, those proceedings where the issue could have arisen have been based on trade mark oppositions rather than claims of passing off. For instance, in Elvis Presley Enterprises Inc v Sid Shaw, Mr Presley's estate sought to register trade marks for ELVIS, ELVIS PRESLEY and a signature stylised mark in Class 3 for various toiletry and cosmetic products. The these trade marks were opposed by Mr Shaw on the basis of his earlier 'Elvisly Yours' trade mark in several classes including Class 3. Mr Shaw's opposition was refused by the Trade Marks Office, but later allowed by Laddie J sitting in the High Court and the Court of Appeal on the grounds that the trade marks did not have sufficient inherent distinctiveness to proceed to registration as evidence of distinctiveness in fact had not be submitted to them.

In relation to the general arguments submitted by counsel in relation to merchandising rights, Robert Walker LJ delivering the leading judgment stated (at 582):

'[T]his appeal is not an appropriate occasion on which to attempt to define precisely how far the law of passing off has developed in response to the growth of character merchandising, still less to express views as to how much further it should develop or in what direction. This appeal is concerned solely with trade mark law ...'.

Morritt LJ was willing to consider issues beyond registered trade mark law and concluded that Mr Presley's estate had no exclusive common law rights to the name of Elvis Presley. His Honour stated his reasons (at 594):


'First, the judge concluded that there was no evidence of use by EPEI of ELVIS PRESLEY in the United Kingdom. There is no appeal from that conclusion. Second, Mr Shaw has sold in the United Kingdom quantities of his products by reference to Elvis, which, the public would generally appreciate, was a reference to Elvis Presley. For example his brand of soap was called Elvis Soap because it was impregnated with an “image [of Elvis which] remains right to the end”. It is not suggested that Mr Shaw has ever claimed any connection with EPEI. Third, the fame of Elvis Presley was as a singer. He was not a producer of soap. There is no reason why he or any organisation of his should be concerned with toiletries so as to give rise to some perceived connection between his name and the product. In these circumstances I do not accept without evidence to that effect that the mark ELVIS PRESLEY would connote to anyone a connection between EPEI and Elvis soap so as to distinguish their soap from that of Mr Shaw’s soap.

Counsel for EPEI forcefully contended that such a conclusion would leave the door wide open to unscrupulous traders seeking to cash in on the reputations of others. This is true if, but only if, the mark has become so much a part of the language as to be descriptive of the goods rather than distinctive of their source. But in that event I can see no objection to any trader being entitled to use the description. In the field of memorabilia, which I consider includes consumer items bearing the name or likeness of a famous figure, it must be for that person to ensure by whatever means may be open to him or her that the public associate his or her name with the source of the goods. In the absence of evidence of such association in my view the court should be very slow to infer it.'

That is, it is difficult to register famous names as trade marks because that name is part of the product to be purchased and not as an indication of the origin of the goods. This reasoning in the ELVIS trade marks case was followed by the Trade Marks Office in Jane Austen Trade Mark [2000] RPC 879 and the Diana Princess of Wales Trade Mark [2001] ETMR 25. This may be perhaps why Mr Jobs/Apple had not previously applied for the trade mark STEVE JOBS in the United Kingdom.

So what can Apple/Mr Jobs' estate do if InIcon were to market and sell the action figure in the United Kingdom? If there is no other Apple branding on the action figure, it looks like Apple will have to confront head-on character merchandising based in an action for passing off. What an exciting prospect.

The IPKat is well aware of his iconic status within the IP community, but hopes that InIcons has no ideas about producing a doll of him.

Merpel adds: doesn't the IconIn logo remind you on the LinkedIn one?
Steve Jobs: action figure heading for legal action?

Reviewed by Catherine Lee on Tuesday, January 10, 2012 Rating: 5
The IPKat licenses the use of its blog posts under a Creative Commons Attribution-Non Commercial Licence.