Google and AAP reach an agreement. What about the authors? 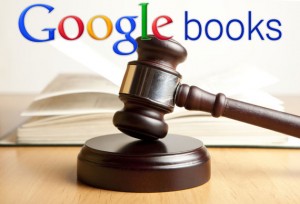 Today the Association of American Publishers (AAP) and Google announced the conclusion of a "settlement agreement that will provide access to publishers' in-copyright books and journal digitized by Google for its Google Library Project. The dismissal of the lawsuit will end seven years of litigation", says the joint press release.


Today’s agreement puts an end to copyright infringement proceedings first brought against Google in 2005 by five AAP member publishers (McGraw-Hill, Pearson Education, Penguin Group USA, John Wiley & Sons, and Simon & Schuster).
"As the settlement is between the parties to the litigation, the court is not required to approve its terms." IPKat readers will indeed remember that last year US Judge Denny Chin rejected the class action settlement which Google had reached with the AAP and the Authors Guild in 2008. This was because, among the other things, the proposed settlement would have been too unbalanced in favour of Mountain View-based internet giant, in that it would would have allowed Google to acquire significant rights to exploit entire books, without permission of the relevant rights holders. The Judge urged that the settlement be revised from being opt-out to opt-in (see here and here).
Earlier this year, as reported on The 1709 Blog, an agreement was reached in France between Google, the Syndicat National de l'Edition (SNE, the French Publishers Association) and the Sociéteé des Gens de Lettres (an authors' group), thus putting an end to a six-year long running litigation against Google over its project of digitising out-of-print books. The framework agreement concluded provides that French publishers can strike their commercial arrangements individually with Google. This will exchange information with publishers rather than scanning books without consent. As was explained at the time by SNE CEO, this means that "it's up to every publisher to decide if they want or not, to sign a framework agreement with Google in line with copyright laws." In other words, differently from the 2008 settlement agreement concluded in the US, the French agreement is opt-in, rather than opt-out.
Similar principles seem to have inspired also the US parties to this saga, and allowed Google and AAP to reach an agreement also here.
Under the agreement signed today,
"US publishers can choose to make available or choose to remove their books and journals digitized by Google for its Library Project. Those deciding not to remove their works will have the option to receive a digital copy for their use.
Apart from the settlement, US publishers can continue to make individual agreements with Google for use of their other digitally-scanned works."

The settlement does not affect ongoing litigation between the Authors Guild and Google. As commented by James Grimmelmann on Ars Technica,
"This does exacerbate the publisher-author tension ... It used to be the publishers and authors are in this together against Google .... [Now] Google is going to increasingly use the consent of the publishers as an argument that the authors don't even speak for copyright owners."
Do you think that this is what will happen? This Kat is afraid that it is not too an unlikely scenario.
It is worth recalling that in the EU the need for a directive on certain permitted uses of orphan works (which is now marching towards final adoption, as reported here) was justified, among the other things, on consideration that the EU had to provide a legislative framework which would have not resulted in projects such as Google Books being blocked on the grounds that the orphan works question should be settled by legislation, not private agreements.
Following a series of amendments, the current version of the draft directive no longer includes references to the 'author(s)', but just 'rights holder(s)'. In addition, under new Article 5(1a), "A work shall cease to be an orphan work only if all the rightholders to that work are identified and located." This may make it difficult to put an end to the orphan status of a work.
So, as suggested by Prof Grimmelmann, following the settlement between Google and AAP in the US, and the series of amendments which have been made to the draft directive on certain permitted used of orphan works in the EU, could it be that authors are the actual losers in the entire Google Library Project saga?
Press coverage of today's settlement here, here, here ...
Google and AAP reach an agreement. What about the authors?

Reviewed by Eleonora Rosati on Thursday, October 04, 2012 Rating: 5
The IPKat licenses the use of its blog posts under a Creative Commons Attribution-Non Commercial Licence.