The tale of Ticketogo, or Does My Bus Look Big in this Licensing Scheme? Part II: the decision

Would Big Bus and Ticketogo be likely parties, should proceedings be commenced?

Would the disclosure sought by Big Bus also be subject to Ticketogo's standard disclosure obligations should proceedings be commenced? 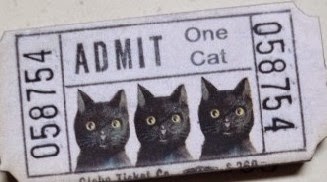 Yes, but only in relation to the subset of documents sought by Big Bus.  Ticketogo's solicitor had argued three points.  First, if Ticketogo brought an infringement claim, there would be a split trial. If Ticketogo was unsuccessful on liability then there would be no inquiry as to damages.  Accordingly, there would be no disclosure of documents relating to quantum. To this the judge responded that although it is usual, it is not set in stone that the trial would be split.   Even if it was, under Baldock the obligations for discovery extended to documents relating to quantum notwithstanding the presence of a split trial. Arnold J considered the cases of Hazeltine and Kapur to be consistent with this and the position under the Civil Procedure Rules to be much the same as under the old rules (which were at issue in Baldock). Arnold J continued:

"... CPR rule 31.5(8)(f) empowers the court to order disclosure in stages, which includes ordering disclosure only in relation to liability in the first instance, but that depends on the exercise of the court’s discretion. The fact that the court will normally exercise its discretion in favour of staged disclosure does not undermine the proposition that, in principle, the duty of standard disclosure extends to documents relating to issues as to quantum. Unilin v Berry is consistent with this."

Thirdly, even if Ticketogo elected for an inquiry as to damages, it was not the case that all licence agreements would be relevant.  Here, the judge agreed that only a subset of documents would be disclosable as not all licences under the patent would be "sufficiently comparable that they would fall within Ticketogo's duty of standard dislcosure on an inquiry as to damages".  At this juncture, the judge considered that the duty of standard disclosure would extend to all licences in the transport sector.

Was the disclosure sought desirable in order to dispose of or help settle the proceedings or in the interest of costs?

Yes, large sums of money may have been spent by parties at the liability stage.  Sometimes, and worryingly, these sums can exceed that than the value of the claim.  Mr Justice Arnold cited two of his cases where this had occurred: Force India Formula One Team Ltd v 1 Malaysia Racing Team Sdn Bhd [2012] [noted by the IPKat here] and Primary Group (UK) Ltd v Royal Bank of Scotland plc [2014].  It was therefore desirable for the parties to be able to make realistic and informed assessments of the value of the claim as soon as possible.  Where key information is held by one party, it is desirable for that party to disclose the information.  Such information can promote settlement without the recourse to proceedings.

Further, the value of the claim helps determine how the case should be managed should proceedings ultimately be commenced (i.e. proportionately to the value of the claim).  To this end, Hazeltine and Baldock should be distinguished in that they were decided before the Woolf and Jackson reforms, the latter of which emphasizes proportionality of case management.  Further, in all of the four cases cited, limited disclosure had been offered, suggested or ordered by one of the parties or the court.  The courts therefore recognized the desirability of

Should, in the Court's discretion, disclosure be ordered?

Yes.  Significantly, Ticketogo's solicitor made submissions relating to its "freedom of negotiation", i.e.,that it was desirable for Ticketogo to negotiate licences individually with licensees without each licensee knowing what the other licensees have agreed to pay.  This freedom of negotiation permits each party to maximize the licence income it obtains from each licence.  Mr Justice Arnold stated that, in his view

"... this is the real point of principle raised by this application: is it an answer to an application for pre-action disclosure that is otherwise well founded that it would deprive a patentee (or other right owner) of the ability to conduct its business in that manner? In my judgment, it is not. On the contrary, I consider that, here as in other contexts, transparency is a virtue. Availability of price information is one of the key requirements for the proper functioning of any market, and I see no reason why the market for patent licences should be an exception to that rule. Why should Big Bus be obliged, if it does not wish to litigate, to accept whatever royalty rate Ticketogo now sees fit to offer it, if a court would award less by of damages? Accordingly, I consider that it is appropriate to exercise my discretion in favour of disclosure."

"With the exception of the first licensee to take a licence, they could have made similar applications to that now made by Big Bus. Why should Big Bus have to fight and lose on infringement and validity in order to find out what it would have to pay by way of damages?"

The closed, private world of patent, licence negotiation may have been cranked open following Big Bus's success.  There are sure to be further applications hot on its heels.  Meowing out loud, Merpel wonders if someone already subject to a licence agreement could bring about the end of the contract and then launch an application for pre-action disclosure on the basis that the licensor would then sue them for infringement (subject to the terms of the contract).  The purpose of such an application would be to see whether they had entered into a good or bad deal (subject to the dispute resolution clauses in the contract).

The model of patent licence entities sending letters en masse to alleged infringers in the hope of securing licence agreements may lose some of its lustre as a result of this case.   The reward in successfully cajoling a company into a into licence agreement in order to avoid the threat of high litigation costs may no longer be worth it if the price the troll under the bridge has to pay is disclosure ...
The tale of Ticketogo, or Does My Bus Look Big in this Licensing Scheme? Part II: the decision

Reviewed by Merpel on Wednesday, April 29, 2015 Rating: 5
The IPKat licenses the use of its blog posts under a Creative Commons Attribution-Non Commercial Licence.