Can a public domain artwork be registered as a trade mark or would that be contrary to public policy and morality? 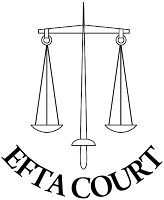 When can an artwork be registered as a trade mark? The question is not an easy one, and may be complicated further by consideration that the artwork at hand may be no longer eligible for copyright protection due to the expiry of the term of protection. This means that the question may turn out to be not just one relating to the requirements for trade mark registration, but also involve broader, public interest considerations that relate to the opportunity to continue protecting by means of other IP regimes items (works) in relation to which the primary IP right (in this case, copyright) is no longer available.

All these issues were at stake in a case that the EFTA Court [this court has jurisdiction with regard to EFTA States which are parties to the EEA Agreement, ie Iceland, Liechtenstein, and Norway] decided earlier this week and that, while pending, had attracted considerable attention [also the European Copyright Society issued an Opinion on it]: it is Case E-5/16 - Norwegian Board of Appeal for Industrial Property Rights – appeal from the municipality of Oslo.

This case arose further to a request for an advisory opinion of the EFTA Court pursuant to Article 34 of the Agreement between the EFTA States on the Establishment of a Surveillance Authority and a Court of Justice [that is, something similar to the EU system of references for a preliminary ruling to the Court of Justice of the European Union], and concerned interpretation of the Trade Mark Directive 2008/95 [yes, EFTA countries are not part of the EU but are subject to EU legislation, being part of the European Economic Area].

The Norwegian Industrial Property Office (NIPO) rejected some applications tout court, holding that the signs at issue lacked distinctive character or consisted of a shape that adds substantial value to the goods [Article 3(1)(b)-(c)-(e) of the Trade Mark Directive], while in respect of other applications registration was granted for certain types of goods and services.

The Oslo Municipality appealed the decisions to the Board of Appeal, which - in addition to the grounds considered by NIPO – wondered whether registration should be also refused on grounds of public policy and morality [Article 3(1)(f) of the Trade Mark Directive]. More specifically, the Board of Appeal was unsure whether trade mark registration of public domain works might, under certain circumstances [notably when the artwork in question is well-known and has significant cultural value], be against “public policy or accepted principles of morality” and thus fall within the absolute ground for refusal within Article 3(1)(f) of the Trade Mark Directive.

The Board of Appeal decided to seek guidance on this point (as well as interpretation of Articles 3(1)(e)(iii), 3(1)(c), and 3(1)(b) of the Trade Mark Directive) from the EFTA Court. In my view the most interesting part of the judgment is indeed the one concerning refusal of registration on public policy/morality grounds.

The role of the public domain in copyright

In addressing this issue, the Court noted at the outset that copyright and trade mark law pursue different aims and, in principle, nothing prevents both rights from subsisting simultaneously [para 62].

With specific regard to copyright, the rationale of having a limited duration is to serve the principles of legal certainty and protection of legitimate expectations, but is also functional - to some extent – to fulfilling the general interest in protecting creations of the mind from commercial greed and ensuring the freedom of the arts [para 65].

Having said so, however, because of “the potentially everlasting exclusivity afforded to the proprietor of a trade mark, there are several conditions that must be fulfilled in order for the trade mark to be registered” [para 69].

Turning to consideration of the specific case at issue, the Court found that a trade mark based entirely on copyright-protected work presents “a certain risk of monopolisation of the sign for a specific purpose, as it grants the mark’s proprietor such exclusivity and permanence of exploitation which not even the author of the work or his estate enjoyed” [para 70, also referring to paragraph 52 in the 2003 Opinion of Advocate General (AG) Ruiz-Járabo Colomer in Shield Mark].

“The interest in safeguarding the public domain … speaks in favour of the absence of individual protection for, or exclusive rights to, the artwork on which the mark is based.” [para 72]

The rationale of the various absolute grounds for refusal of registration

According to the Court this also follows from consideration of how Article 3(1)(b) to (e) of the Trade Mark Directive acknowledges the need to keep a sign available for general use [para 73, referring to paragraphs 33 ff in the 2008 Opinion of AG Ruiz-Járabo Colomer in Adidas]. Having said so, it is possible that distinctive character is acquired through use, thus paving the way to registration of a sign that ab initio would have not been otherwise eligible for protection as a trade mark. Thus, the grounds for refusal sub Article 3(1)(b)-(d) do not ensure that a certain sign is generally kept free for use over time.

Unlike the absolute grounds for refusal sub Article 3(1)(b)-(d), the absolute ground relating to shapes (Article 3(1)(e) of the Trade Mark Directive) cannot be overcome by acquired distinctiveness [para 79] and, overall, “it overwhelmingly seeks to protect competition” [para 80, referring to paragraph 74 in the 2010 Opinion of AG Mengozzi in Lego].

Turning to Article 3(1)(f) of the Trade Mark Directive, the EFTA Court noted that the absolute ground therein is somewhat more ‘absolute’ than Article 3(1)(e) in that it does not require consideration of the classes of goods and services for which registration is sought [paras 81-82].

The Court then observed that Article 3(1)(f) refers to public policy and morality: while in certain cases these two limbs may overlap [para 85], these concepts are not synonyms:

“refusal based on grounds of “public policy” must be based on an assessment of objective criteria whereas an objection to a trade mark based on “accepted principles of morality” concerns an assessment of subjective values.” [para 86]

In the present case, both public interest and morality could be at stake.

(i) Contrary to “accepted principles of morality”

Although the signs for which registration is sought by the Oslo Municipality would not be “offending by their nature a reasonable consumer with average sensitivity and tolerance thresholds” [para 91], trade mark registration of artworks that are considered part of a certain nation’s cultural heritage and values might be perceived by the average consumer as offensive, and therefore be contrary to accepted principles of morality [para 92].

According to the EFTA Court, “the notion of “public policy” refers to principles and standards regarded to be of a fundamental concern to the State and the whole of society.” [para 94] As the understanding of ‘public policy’ may vary from country to country and change over time, refusal of registration on this ground can only occur in exceptional circumstances. More specifically,

“An artwork may be refused registration, for example, under the circumstances that its registration is regarded as a genuine and serious threat to certain fundamental values or where the need to safeguard the public domain, itself, is considered a fundamental interest of society.” [para 96]

Having provided a series of examples, the EFTA Court concluded that:

“registration of a sign may only be refused on basis of the public policy exception provided for in Article 3(1)(f) of the Trade Mark Directive if the sign consists exclusively of a work pertaining to the public domain and the registration of this sign constitutes a genuine and sufficiently serious threat to a fundamental interest of society.”

When discussing absolute grounds for refusal of trade mark registration in the context of overlapping IP rights, it is often recalled that in his Opinion in Philips AG Ruiz-Jarabo Colomer observed that [paragraph 30] a trade mark cannot serve to extend the life of other rights which the legislature has sought to make subject to limited periods.

While this statement specifically referred to patents and designs, in my view one should be careful not to vest it with a peremptory character that it does not really have, especially as far as: (1) copyright and trade mark protection are concerned; and (2) in relation to the absolute ground for refusal within Article 3(1)(f) of the Trade Mark Directive. In this sense, the EFTA Court was correct in stressing the exceptional character of this absolute ground for refusal of registration.

In holding that registration as a trade mark of public domain work is not per se contrary to public policy or accepted principles of morality, the EFTA Court achieved what seems to be a sensible conclusion. This is particular so with regard to the emphasis that the Court placed on the need to consider the status or perception of the artwork at issue in the country where registration is sought. In this sense, “the risk of misappropriation or desecration of a work” may be a relevant consideration in certain, specific instances.
Can a public domain artwork be registered as a trade mark or would that be contrary to public policy and morality?

Reviewed by Eleonora Rosati on Saturday, April 08, 2017 Rating: 5
The IPKat licenses the use of its blog posts under a Creative Commons Attribution-Non Commercial Licence.