Neptune’s kitchen designs infringed? No, the DeVOL is in the detail 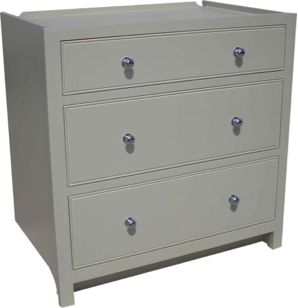 But this feature – the “interesting cutaway” shape on the sides of the cabinet – was not reproduced in the Shaker designs. So, no infringement.
A sensible decision on the menace that is UKUDR
Whenever I explain UK design law to someone unfamiliar with it, I tend to start with an apology for its complexity. As things stand, “design law” can cover as many as four rights in the UK, and possibly copyright too. The law of RCDs is perhaps the most (relatively) straightforward, although the UK is (very sadly) likely to be leaving the purview of that system when it leaves the EU. We do of course have UK registered designs, and the law there is largely the same, so expect to see these fall back in favour (no one really bothers with them nowadays, do they?).
Unregistered EU design – which lasts no more than three years – doesn’t get much press. That should go too with Brexit, another shame as rights owners see their rights stripped away. Will UKUDR fill the gap? There are many reasons why not. But UKUDR is quite powerful. As noted above, a designer can essentially make up what it says its rights are once it has seen an alleged infringement appear on the market, and it can lawfully do so in an immensely complex way. Only robust case management can deal with the menace of a pleading covering multiple articles and parts of articles, even now that “any aspect” has gone. Perhaps, with Brexit necessitating at least some thinking about how we want to deal with designs in the UK, the opportunity can be taken to try and fix UKUDR – rather than leaving it to judges once litigation has got underway.
I should sign off with a personal note: this article is written in my capacity as a solicitor, not as an IPEC Deputy District Judge where I have heard similar cases to this. But that said, anything that gives clarity to interested parties, including the court, must be a good thing whoever you are.”
Neptune’s kitchen designs infringed? No, the DeVOL is in the detail

Reviewed by Eleonora Rosati on Thursday, September 07, 2017 Rating: 5
The IPKat licenses the use of its blog posts under a Creative Commons Attribution-Non Commercial Licence.