The Israel Supreme Court adopts the conceptual separability test of the US Copyright Office, rejecting the Star Athletica standard

The Star Athletica decision rendered by the U.S. Supreme Court in March 2017 tackled the perennially thorny issue of copyright (or design) 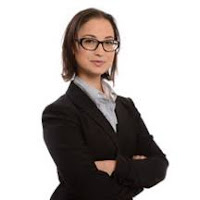 protection with respect to aspects of a utilitarian object. Kat friend Adar Bengom reports on a recent development in Israel, where its Supreme Court has recently addressed the issue in light of the U.S. Supreme Court decision.

Less than six months have passed since the U.S. Supreme Court gave its decision in the much-awaited Star Athletica v. Varsity Brands case, as reported by the IPKat here and here. Mirabile dictu, the Israel Supreme Court has already critically analyzed it in its recently issued decision in the case of Fisher Price v. Dvoron Import, choosing to favor the US Compendium of the Copyright Office on the issue of copyrightability of useful articles (the “Copyright Office Tests”) over the Star Athletica standard. As Kat readers may recall, in Star Athletica the question was whether two-dimensional designs of cheerleading uniforms “can be identified separately from, and are capable of existing independently of, the utilitarian aspects of the article”, i.e., the uniforms, under the US Copyright Act, §101.

As transposed into the Israeli context, the question before the Supreme Court was whether copyright subsists in an image of a lion (Fisher Price’s lion image) appearing on the upholstery of a baby’s rocking chair. In this respect, the Israeli Copyright Law, 2007, provides that “copyright shall not subsist in designs as defined in the Patents and Designs Ordinance unless the design is not used, nor intended for use in industrial manufacture”. As opposed to the U.S. Copyright Act, §101, the Israel Copyright Law does not distinguish between artistic and utilitarian elements of a useful article. Rather, it contains a categorical limitation of copyright protection on designs that are intended for use or are being used in industrial manufacture. The District Court denied any copyright protection for the lion image on this basis.

In overruling the District Court’s decision, the Supreme Court granted copyright protection in the lion image based on the notion that “the author should be able to enjoy the fruits of his labor” undergirded by the concept of “fairness ”, which the Court perceives as a key principle. The Court gave the example of Mickey Mouse-merchandised products, which may be registered as designs and yet the image of Mickey Mouse should be afforded copyright protection.

After conducting a comparative law analysis, the Supreme Court adopted a three-fold test for copyrightability. The first prong is whether the article is eligible to be registered as a design. If the answer is “yes”, then the court should turn to the second prong, whether the work may be separated from the article. If the answer is ”no”, then the third prong kicks in, namely, whether the work is copyrightable under the Copyright Law. 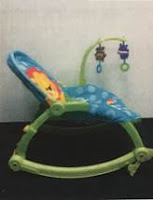 In applying the second prong, the Supreme Court substantially adopted the Copyright Office Tests for conceptual separability, while leaving open the applicability of the physical separability test: in order for a work to be conceptually separated from an article, the “work must exist – either on paper or as a three-dimensional sculpture – independently from the article without destroying its basic shape”. This test is satisfied only if “the artistic work and the article may co-exist side by side and be perceived as two separate works, one an artistic work and the other a useful article”.

In this blogger’s view, the Israel Supreme Court has in effect rejected the Star Athletica standard as creating “too high a bar for copyright protection and overly limiting the scope of protection for copyrighted work” as well as “being difficult to apply”. Still, this blogger questions whether the Copyright Office Tests, which the Israel Supreme Court adopted, in fact provide broader protection for copyrighted works than the Star Athletica standard. With Justice Breyer, in his dissenting opinion, referring to, inter alia, the Copyright Office Tests and denying protection for the design of the cheerleader uniforms, this may not necessarily be the case.

It is also questionable whether these tests are easier to apply. Indeed, even the Israel Supreme Court does not appear to believe that the Copyright Office Tests are less arduous to apply, as it concludes its analysis of the second prong by referring to the famous words of Justice Potter Stewart in Jacobellis v. Ohio, 378 U.S. 184 (1964) regarding obscenity-- “But I know it when I see it.” In the majority’s take in connection with the copyrighted elements of an article: “when one sees the work, he knows what it is”.

The Israel Supreme Court adopts the conceptual separability test of the US Copyright Office, rejecting the Star Athletica standard

Reviewed by Neil Wilkof on Friday, September 15, 2017 Rating: 5
The IPKat licenses the use of its blog posts under a Creative Commons Attribution-Non Commercial Licence.