Never Too Late: if you missed the IPKat last week!

Rose Hughes Thursday, March 08, 2018 - CIPO, CIPO's Five-Year Business Strategy, claim construction, Copyright user rights, FiR, Fourth Industrial Revolution, Gucci, Johanne Bélisle, Sieckmann, Xi’an IP Tribunal
The 185th edition of Never Too Late is here with everything that happened on IPKat last week. The highlight of the week was IPKat's exclusive interview with the CEO of the Canadian Intellectual Property Office. There were also philosophical musings on the relevance of literary criticism to patent interpretation, reports on trade mark cases in Italy and Singapore and a copyright book review.

Interview with the CEO of the Canadian Intellectual Property Office

Following on from AmeriKat's recent post regarding the Darts-IP report on patent trolling in Europe by non-practicing entities (NPEs), IPKat hosts a Guest Post by Igor Nikolic of University College London (UCL), who provides his key take away messages from the report and reminds us that the situation may be more nuanced than it first appears. Join the debate!: GuestPost: Is there really a problem with NPE litigation in Europe?

Kat friend Dr. Aloys Hüttermann explores the parallels between patents and literature: Do patents and literature have something in common? In a discussion that has interesting relevance to the hot potato issue of claim interpretation, Aloys contrasts the "romantic" author-centered tradition of the US and the text-based tradition of Europe and elsewhere. Following Actavis vs Eli Lilly, is the UK becoming more author-centric? Philosophical minded patent attorneys may be intrigued by a suggestion in the comments for a Derridean deconstruction of patents. This Kat feels many patent attorneys might instead favour the Analytical approach of early Wittgenstein. 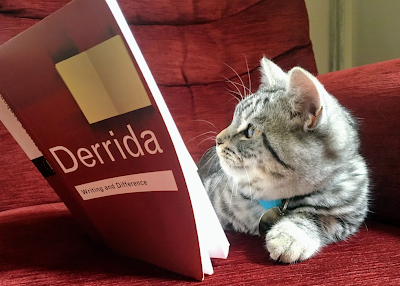 GuestKat Tian reports the official opening of the the Xi’an IP Tribunal in China and considers its implications for the Chinese IP protection landscape and the expected increase in IP disputes: The 1st specialized IP Tribunal of Northwest China unveiled in Xi'an.

Kat Elenora discusses an Italian trade mark case (sentenza 830/2018) relating to cookies and cushions: Sweet! (or not?): cookie-shaped cushions without trade mark owner's permission. The case was brought by Barilla against a manufacturer of cushions shaped like Barilla cookies and labelled with words identical or similar to the names of Barilla products.

GuestKat Nedim considers the implications of the change provided by the 2015 reform of the representation requirements for an EU mark, as recently considered by the Second Board of Appeal of the EUIPO in Case R200/2017-2: Sieckmann kicks in once again: when is a representation of a sign an acceptable representation for the sake of registration?

PREVIOUSLY ON NEVER TOO LATE

Never Too Late 183 [week ending 18 February] Mr Justice Carr's L'Oreal v RN Ventures decision bristles with warnings on Actavis v Lilly claim interpretation, equivalents and prosecution history (Parts I and II) | Can Wenzhou and cigarette lighters tell us something about why there are IP rights? | Surveying the scene - passing off & surveys | Copying the counterfeits | 2017 Canadian trademark cases: progressive and regressive | Linking under US copyright law: green light to its inclusion in the scope of public display right comes from New York | Isgrò and Waters, problem erased | Stockholm Administrative Court orders ISP to provide customers’ details to Swedish police | (No) privacy by default? German court finds Facebook in breach of data protection law | More than Just a Game (Report 1): eSports | Blockchain my IP | Strategies for Combating Counterfeiting and Piracy (The USA and The EU Perspectives) | AIPPI UK Upcoming Event: Professor Bently to debate how far the "zone of exclusivity" of registered IP rights goes

Never Too Late 182 [week ending 11 February]  BREAKING: in his new Opinion in Louboutin AG Szpunar (confirms and) advises CJEU to rule that a trade mark combining colour and shape may be refused or declared invalid |  The new AG Opinion in Louboutin: is it really bad news for the famous red sole? | Yet another horse – The Polo/Lauren Company L.P. v Royal County of Berkshire Polo Club Ltd. | When passing off is enough to successfully oppose a trade mark |  BREAKING: Sky's the limit for CJEU references in Sky v SkyKick trade mark battle |  Influencers and undisclosed sponsored activities: where do we stand? |  Brand Finance 500 … What’s the value of music IP? |  The Céline affair: what moral rights can and can’t do…even in France |  Can Nativity scene characters attract copyright protection under Italian law? | Blackcurrant, public interest and the first ever compulsory licensing application at the Community Plant Variety Office? |  Costs of intermediary injunctions: Sir Richard Arnold's review of a recent publication | Alternative ways for financing and incentivizing research: a Nobel laureate and his colleagues state their case |  Event Report: IP inclusive - Inappropriate Behaviour

Never Too Late 181 [week ending 4 February] Book review: ‘Copyright and Information Privacy: Conflicting Rights in Balance’ | A legislative initiative that merits attention: Mandatory mediation in Greece in trademark, patent and industrial designs infringement disputes | Austria refers Facebook ‘Hate-Speech’ case to the CJEU | Protection of traditional knowledge and cultural expressions: the case of 'Maasai IP' | A spectrum of specificity - Article 3(a) of SPC Regulation | Can ‘public morals’ prevent the use of religious symbols and motifs in advertising? No, says the European Court of Human Rights | BMG v Cox - when does an ISP lose its safe harbour protection? | Embrace my beloved frog, as a guardian.

Never Too Late: if you missed the IPKat last week!

Reviewed by Rose Hughes on Thursday, March 08, 2018 Rating: 5
The IPKat licenses the use of its blog posts under a Creative Commons Attribution-Non Commercial Licence.