The AG Opinion in Levola Hengelo: more questions than answers? 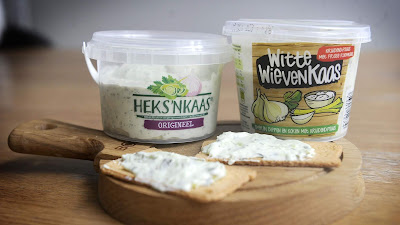 As announced earlier today, this morning Advocate General (AG) Wathelet issued his Opinion [not yet available in English] in Levola Hengelo, C-310/17. He advised the Court of Justice of the European Union to rule that the taste of a cheese - Dutch spreadable cheese Heks’nkaas (for which a patent was registered in 2012 and a word trade mark is registered)  - is not eligible for copyright protection as a 'work' under the InfoSoc Directive.

While the outcome of the Opinion may be sensible, its content raises a number of issues and, potentially, problems.

But, first, let's see how the AG reasoned.

At the outset, the AG tackled what is to be intended as 'work' under the InfoSoc Directive, this being a notion that this piece of EU legislation does not define.

Despite this, 'work' should be regarded as an autonomous concept of EU law that mandates uniform application throughout the EU. It follows that Member States may not grant protection to objects as 'works' under the InfoSoc Directive beyond what the directive itself envisages.

Originality is not enough

Recalling in particular the decisions in Infopaq, Painer and Football Dataco, the AG noted that an 'object' is protectable if it is sufficiently original, in that sense that it is 'its author's own intellectual creation' which results from the marking of 'free and creative choices' so that the resulting 'object' displays the 'personal touch' of the author.

However, originality alone is not sufficient: it is also required that the 'object' in question is a 'work' within Article 2(1) of the Berne Convention [the InfoSoc Directive implements into the EU legal order the 1996 WIPO Treaties and the WIPO Copyright Treaty mandates compliance with Articles 1 to 21 of the Berne Convention].

Can a taste be a work?

Article 2 Berne provides a non-exhaustive list of protectable subject-matter. Although the provision does not expressly exclude taste, smells or perfumes, according to the AG the only types of works included therein are those that can be perceived through sight or hearing. Hence, the taste of a food product is not a work within Article 2 Berne, nor are there any other international law provisions that protect the taste of a food product by means of copyright.

According to the AG, there are two additional considerations that rule out copyright protection in a taste.

The first is the idea/expression dichotomy, which excludes protection for a recipe as such, this being an idea that has not yet been expressed in some form, eg in writing.

The second consideration is that original expressions should be identifiable with sufficient precision and objectivity. And here the AG brought trade mark law into the picture. By relying on the decision in Sieckmann concerning the (now seemingly defunct) graphic representation requirement and which - as a matter of fact - has made it virtually impossible to register less conventional signs like smells and, indeed, taste, he concluded that the same requirements envisaged for graphic representation of a sign in trade mark law - ie the representation be clear, precise, self-contained, easily accessible, intelligible, durable and objective - apply in copyright. Hence, if a certain subject-matter cannot be identified with sufficient precision and objectivity, it is not protectable.

With regard to the additional consideration that a taste of a food product would not be protectable because of its inherent instability, the AG rejected this as relevant, noting that, on the one hand, the InfoSoc Directive does not envisage a fixation requirement and, on the other hand, copyright protects a work as such and not its support. However, he found that the very fact that a taste is ephemeral, volatile and unstable is actually an obstacle to its qualification as a work for the sake of copyright protection.

Issues and potential problems raised by the Opinion

The first one is not particularly surprising, and is that - in areas harmonized by relevant copyright directives - Member States are no longer free to provide for different approaches, in particular by altering the scope of protection as set at the EU level.

In more recent cases, the CJEU appears to have dispelled what could be indeed considered a ‘myth’ of EU copyright law – that of its substantial flexibility. Although neither the Court nor the AGs have systematically developed a system of EU pre-emption in EU copyright, the application of pre-emption has been substantial, prompted by the objective of achieving a certain, internal market-rooted, outcome for questions referred by national courts.

Such practical, result-oriented use of EU pre-emption has occurred in the area of economic rights with regard to the scope of national implementations of, eg, the InfoSoc Directive; exceptions and limitations (notably national private copying provisions); and independent national legislative initiatives, such as the one at issue in Soulier and Doke concerning the 2012 French law on the exploitation of out-of commerce works [here]. As of today, this case arguably represent the most sophisticated and explicit use of EU pre-emption by the Court and – in even more express terms – by AG Wathelet in his Opinion [here].

In the present case, should the CJEU decide to follow the Opinion of its AG, this would mean that an approach like the one adopted by the Dutch Supreme Court in Kecofa v Lancôme (in which copyright was found to subsist in the smell of a perfume) would not be allowed.

Is copyright like trade marks? An EU fixation requirement?

The second point relates to the use, by the AG, of typical trade mark tools to achieve the conclusion that copyright only vests in subject-matter that can be identified with sufficient precision and objectivity, in a Sieckmann sense.

Although the AG ruled out that this would mean a fixation requirement, that seems to be instead the case. Would it be possible to have subject-matter that is precise and identifiable without it being also fixed in some material form?

This may be troubling in that, first, the requirements for trade mark registration are - formally -different from those for copyright protection and, secondly, because in principle the Berne Convention (Article 2(2)) leaves it to individual countries to determine whether to introduce a fixation requirement into their own copyright laws.

But all this, perhaps, is no longer true and not only is there an EU notion of 'work' but there is also an EU fixation requirement.

Finally, the AG said that subject-matter must be defined with sufficient precision and objectivity, and that this is required to determine both subsistence and scope of protection.

But has this ever been the case - or can it even be the case - in copyright?

If we take, for instance, the case of certain exceptions and limitations, can we say that the assessment required to determine whether, eg, a certain use of a work qualifies as parody may be conducted objectively and with absolute precision?

As mentioned above, the AG Opinion may be correct from the perspective of its outcome, but the reasoning followed raises a number of questions. Let's now wait to see what the CJEU says ... it's not yet the end for Heks’nkaas after all!
The AG Opinion in Levola Hengelo: more questions than answers?

Reviewed by Eleonora Rosati on Wednesday, July 25, 2018 Rating: 5
The IPKat licenses the use of its blog posts under a Creative Commons Attribution-Non Commercial Licence.