On Friday IPKat co-blogmeister Jeremy was briefly interviewed by Michael Rosen of the BBC, which is planning to broadcast a programme on trade marks in its "Word of Mouth" series. Jeremy has not heard most of the other contributions to the show, but suspects that it might be quite critical of the trade mark system (there's an interview with US Authors Guild's Paul Aiken about the Al Franken 'Fair and Balanced' case). 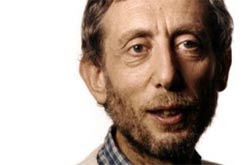 Jeremy's sticking up for trade marks, saying that they add to our vocabulary and are a generally very good thing. The chances are that his total contribution won't add up to more than about 15 seconds, but the rest of the programme might be fun to listen to.

Full text of Fox v Franken here
Authors Guild position on how the new US trade mark dilution law will kill free speech here
WORD OF MOUTH - ARE TRADE MARKS OK? Reviewed by Jeremy on Saturday, April 22, 2006 Rating: 5
The IPKat licenses the use of its blog posts under a Creative Commons Attribution-Non Commercial Licence.