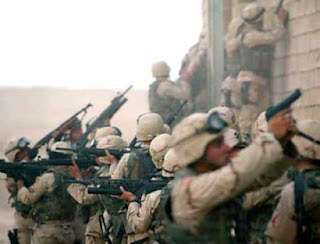 Some IPKat readers (at least those who do not also read Class 46) may yet be unaware that the European Commission has recently been carrying out 'dawn raids' on some well-known large pharmaceutical companies, including
GlaxoSmithKline, AstraZeneca, Sanofi-Aventis, Pfizer, Wyeth, Teva, Merck Sharp & Dohme, Johnson & Johnson, Sandoz and Bayer Schering Pharma (according to PharmaTimes). The raids are a precursor to the Commission's new sector enquiry into the European pharmaceutical industry, as announced recently (and, of course, shortly after the raids themselves) in a press release.

"Individuals and governments want a strong pharmaceuticals sector that delivers better products and value for money. But if innovative products are not being produced, and cheaper generic alternatives to existing products are in some cases being delayed, then we need to find out why and, if necessary, take action."

What appears to have prompted the enquiry is a general suspicion that some patent-heavy pharmaceutical companies may be attempting to extend their monopolies beyond patent lifetimes by, amongst other things, the practice of 'evergreening', backed up with expensive court cases relating to (arguably very slim) inventions and making deals with (some may say "paying off") generic drug producers. This follows the decision in 2005 (see here, and IPKat comments here) to fine AstraZeneca 60 million euros for attempting to block the entry of generic producers into the proton pump inhibitor market (monopolised for a time by the blockbuster drug Losec) after expiry of their main patent.

Clearly this is the start of what is likely to be a very long and drawn out process. The IPKat does not expect to see much public information coming out in the next couple of years. What could happen after that, however, is anyone's guess.
European Commission launches pharma sector enquiry

Reviewed by David Pearce on Friday, January 18, 2008 Rating: 5
The IPKat licenses the use of its blog posts under a Creative Commons Attribution-Non Commercial Licence.