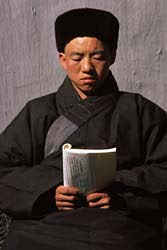 The IPKat thanks his friend Birgit Clark for unearthing this item from FT Germany. In brief, explains Birgit:

"... German mechanical engineering companies increasingly decide not to file for patent protection as they believe that the patents may be used by Chinese competitors, who study the patents to copy inventions. This trend is confirmed by Jürgen Schade, the president of the German Patent and Trade Mark Office (DPMA). A recent study by the Verband Deutscher Maschinen- und Anlagenbau (VDMA), an association of the German machines and devices industry, reveals that 4 out of 5 German companies in the capital goods industry have already been the victim of plagiarism. As a result it is estimated that 70,000 jobs are lost each year in Germany. The VDMA advises its members only to file for patent protection if the invention requires considerable know how. Jürgen Schade however warns of the dangers of not protecting your inventions and also believes that this problem will cease to exist in a couple of years as he expects that Chinese companies then will no longer see the need to copy inventions".

Right: pondering the deeper meaning of a German patent claim ...

The IPKat recalls the Open Source seminar he attended last year at QMIPRI, where an articulate IBM exponent of patent reform maintained that nowadays patents are stockpiled in order to create thickets, cartels or standards, but that no-one bothers reading them any more. The Germans probably do still read patents--and are certain that the Chinese do so too. Merpel asks, how will the problem of German job losses cease? If the Chinese are not copying, it is either because they are taking licences or because they are exploiting the fruits of their own increasingly innovative efforts--but either way their low labour costs will give them a massive advantage against the Germans.

Another IPKat friend, Robert Harrison (24ip), has drawn his attention to a proposal to the International Organization for Standardization (ISO) by the German Standards Institute (DIN) that there be a formal committee be convened in order to develop a standard on patent valuation. National standards institutes now have until March to indicate whether they agree with this proposal. The ISO's letter to national institutes states:

"Within the context of global competition, economic efficiency is shifting towards knowledge-intensive technological goods and services. In this situation, innovations are the driving force for effectively ensuring sustainability. While the physical manufacturing of goods in its economic meaning is becoming less relevant for some business locations, intangible resources such as know-how and technology are turning into the decisive production and input factors for companies. Instruments of industrial property rights protection, and in particular patents, play an important role in securing the profits from technology-based innovations.

Patents are a part of the intangible resources of companies and allow the appropriation of returns on innovation. Defensive protection is, however, just one necessary condition for industrial competitiveness. Rather, it is necessary to use and exploit the protected know-how in an integrated manner in order to obtain sufficient profits and returns in view of the shifts within the production of goods. An important problem in this context arises from the intangibility of these economic factors and lack of transparency of the value characteristics.

Up until now, in science and in practice, no uniform concept of value and valuation standard for intangible assets such as patents could be agreed on. A substantial area of problems is the interdisciplinary and complex nature of intangible assets and the protection of technical industrial property rights. The relevant scientific disciplines of jurisprudence, economy, and natural science as recipients of value information apply their own definitions of value and thus their own valuation conceptions. Relevant fields such as the finance and insurance industries, which are necessary for an integrated exploitation of intangible assets, sometimes are slow to develop their own concepts of value. An integrated exploitation of intangible assets for the support of innovations can, however, only be achieved by a confidence-building standardisation of the basic value determination and value information for the different stakeholders. This represents the foundation of an economy which is primarily based on intangible assets and helps to make use of undeveloped overall economic potentials. 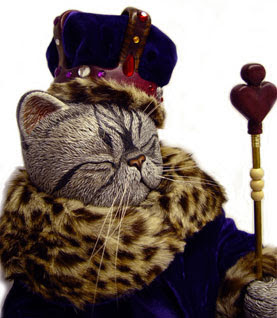 The intended standard specifies basic requirements for a proper patent valuation process. For an appropriate value determination of patents, the basic components of value constitution as well as the essential determinants and, in addition, relevant valuation purposes (e.g. mergers and acquisitions, transfer, licensing, reporting, taxation) are pointed out".

Says the IPKat, we have a number of tricky issues here. One is that the proposal appears to be aimed specifically at patents, while typically a business's need for valuation of its IP assets will span other IP rights too, both of the registered and unregisted variety.

Left: originally granted in many countries under the royal prerogative, the patent is now a valuable property right rather than a sign of regal patronage.

However, the sheer exclusionary power of the patent, the great costs associated with acquiring, maintaining and enforcing it, its high vulnerability to challenge and the brevity of its duration make it a very different subject for valuation than, for example, the non-exclusionary but potentially eternal trade mark. Should the ISO concentrate on the German patent proposal, get it sorted out and then move on to the next thing, or is it better to work on an ISO for valuation of all forms of IP?

On a related issue ... for details of the IP Finance Group meeting, 30 January, click here.
Germans shun patents, but press for pat-val ISO

Reviewed by Jeremy on Thursday, January 03, 2008 Rating: 5
The IPKat licenses the use of its blog posts under a Creative Commons Attribution-Non Commercial Licence.