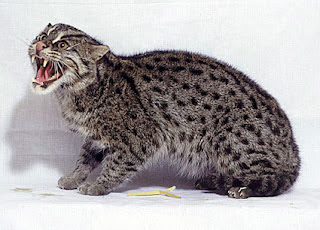 The IPKat thanks his vigilant and copyright-sensitive friend Ben Challis (of Music Law Updates fame) for sending him this Washington Post item, "Download Uproar: Record Industry Goes After Personal Use". The piece mentions that the Recording Industry Association of America (RIAA) has commenced court proceedings against one Jeffrey Howell, a Scottsdale, Arizona, who kept a collection of about 2,000 music recordings on his personal computer.

Right: If I change the spelling of my surname from Howl to Howell, does that really make me a copy-cat?

RIAA says this is serious infringing activity; Jowell says it's okay, since he legally purchased CDs in order to transfer the music into his computer. Says the article:

"The RIAA's legal crusade against its customers is a classic example of an old media company clinging to a business model that has collapsed".

"The industry 'will continue to bring lawsuits' against those who 'ignore years of warnings', RIAA spokesman Jonathan Lamy said in a statement. 'It's not our first choice, but it's a necessary part of the equation. There are consequences for breaking the law'. And, perhaps, for firing up your computer". 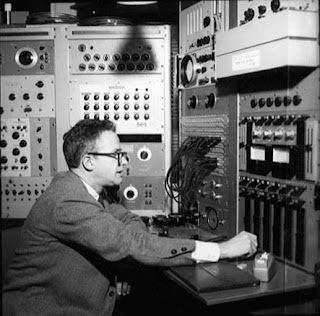 Perhaps what the RIAA is trying to protect is not so much a failed business model as a business model that must now compete with other legitimate business models, as well as unauthorised and unlawful ones, in a manner that was not foreseen when the original business plan was shaped in the light of the law as it was then accepted. Merpel says, can I buy Mr Howell's computer when he's finished with it ... please?

Left: the IPKat remembers the old days, when a computer the size of a room could just about store "Happy Birthday to You" and the first thee verses of "Ten Green Bottles".
RIAA-guard action, or failed business model?

Reviewed by Jeremy on Wednesday, January 02, 2008 Rating: 5
The IPKat licenses the use of its blog posts under a Creative Commons Attribution-Non Commercial Licence.