Jeremy Friday, January 04, 2008 - Jeremy Phillips, Miscellany
Apologies if you already received part of this post: this member of the IPKat team was digitally disadvantaged yesterday and pressed the "publish post" button by accident ...

The IPKat has been asked to confirm that the funeral of the late and greatly mourned Sir Nicholas Pumfrey will be held in the Temple Church, the Strand, at 4.30pm on Monday 14 January 2008, and not at the later time of 5pm as was previously announced.


IP enthusiast and author Dr Neil J. Wilkof has in his possession an unofficial translation of Israel's new copyright law which he is happy to share with anyone who contacts him here. In true lawyerly fashion Neil adds a disclaimer: to the extent that there is any inconsistency between Neil's text (it's actually from the Justice Ministry) and the original Hebrew version, the latter prevails.


The IPKat's friend Roshana Kelbrick has just given him chapter and verse for South Africa's "Prohibition on the use of certain words and emblems for 2010 FIFA World Cup South Africa". The document begins:

Unfortunately the links to the relevant document were inoperative when the IPKat tried them. He's so excited to know what words, emblems, devices and numerals he can't use ... 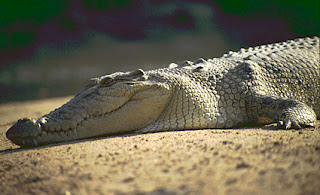 In a frenzy of legal misnomers, dailycamera.com announces that the European Trademark Registry has invalidated a patent for a Community registered design. The victim of this remarkable legal feat is Croc's, whose Beach design was the protean IP in question: the design was held to be novel on the date of application, but lacking in "individual character" on the evidence.

When he last looked, this decision (which was also brought to his attention by Eddie Spillbeer--thanks, Eddie!) had not yet been posted on the OHIM website. The IPKat has a copy, though, and you can email him here if you'd like it.
Announcements

Reviewed by Jeremy on Friday, January 04, 2008 Rating: 5
The IPKat licenses the use of its blog posts under a Creative Commons Attribution-Non Commercial Licence.