Jeremy Friday, December 18, 2009 - Friday fantasies, Jeremy Phillips
The IPKat's Forthcoming Events side bar hasn't got anything left for 2009, but there are plenty of 2010 events to enjoy -- so be sure to check them out! 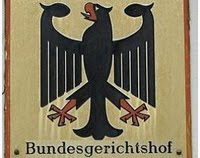 That (es)citalopram patent again. Following the IPKat's earlier post on the German Bundesgerichtshof decision on Lundbeck's escitalopram patent, the Kat's plea for an English translation of the German original has been kindly answered by German IP practice Hoffmann Eitle. You can now access the pdf of the translation here.

The UK Intellectual Property Office has announced the appointment of a new head: he is John Alty, currently Director General for Fair Markets at the Department for Business, Innovation and Skills. John has "broad experience of business, regulation and markets" [Yes indeed, says the IPKat, but from the potted biography here it seems that this 'broad experience of business' does not include every having been in business ...] and will "work to promote the Government’s innovation agenda, supporting creativity in the UK".

References to the ECJ. The 1709 Blog records two copyright disputes that have generated references to the Court of Justice of the European Union for a preliminary ruling. They relate to (i) Case C-387/09, which raises various issues relating to 'fair compensation' under the InfoSoc Directive and (ii) Case C-393/09 on whether a graphic user interface ("gui") falls within the scope of a computer program under the Software Directive and, if so, is copyright infringed when it's broadcast to TV viewers who can see it but can't interact with it. The SPC Blog has picked up a reference generated by a dispute over supplementary protection certificates for patents: it's Case C-427/09, a reference from the Court of Appeal, England and Wales, in Generics (UK) v Synaptech (noted here). 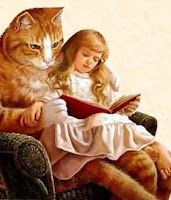 Read with the IPKat. The IPKat has just received Release 31 of Sweet & Maxwell's loose-leaf European Patent Decisions, which updates the work to November 2009. If you're a subscriber, check your incoming mail and make sure that yours has arrived too. Also just out is the fifth edition of the Butterworths E-Commerce and Information Technology Law Handbook, of which IPKat team member Jeremy is Consultant Editor. The book was published so swiftly that it came out ahead of its own web page, but if you liked the previous editions so much that you want to buy it on trust, the ISBN is 9781405750295 and the publisher's customer services phone number is +44(0)845 3701234. And here's a book which meets a long-felt need, one which has no current competitors: it's Peter W. Hansen's tome, Intellectual Property Law and Practice of the United Arab Emirates, published from Oxford University Press's New York desk. At US$225 it's fairly priced, given the relatively small and specialist market. Full details available here. 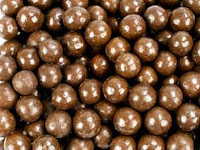 In June of this year the IPKat commented on the Australian decision in Mars Australia Pty Ltd v Sweet Rewards Pty Ltd, where the owners of the trade mark MALTESERS in respect of those tasty little items of confection that kiddies sometimes float in their cold drinks to annoy their parents failed to persuade the tribunal that the defendants' Malt Balls would be confused with them. Well, thanks to Robert Cooper (Mallesons), the Kat can inform his readers that the members of the Full Court of the Federal Court weren't confused either, since they unanimously dismissed the appeal. You can read a short note to this effect on the Mallesons website here. Anyway, the term Malt Balls is descriptive, said the Court. A little like Fur Balls, thinks Merpel.

The free content from the Journal of Intellectual Property Law and Practice (JIPLP) which has been posted on the jiplp blog this week consists of a Current Intelligence note, ‘Leave all love and 'ope behind, out of sight is out of mind’, in which Alex Batteson and Ian Karet (Linklaters) write on the construction of terms in patent claims in the Folding Attic Stairs case. Enjoy!
Friday fantasies

Reviewed by Jeremy on Friday, December 18, 2009 Rating: 5
The IPKat licenses the use of its blog posts under a Creative Commons Attribution-Non Commercial Licence.