That (es)citalopram patent yet again 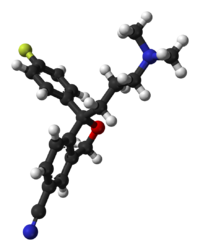 The IPKat seems to somehow have missed the latest installment in the series "is Lundbeck's escitalopram patent valid?" (it should be properly called by now "are the SPCs based on that patent valid?", as the patent term has expired). As previously reported, the product claims of this patent had been declared invalid by Mr Justice Kitchin at the High Court in a judgment of 4 May 2007. The method claims were deemed valid. The Dutch first instance court had invalidated all the claims of the Dutch part of the patent in a judgment of 8 May 2009 for lack of inventive step.

The German Bundesgerichtshof, in a judgment of 10 September 2009, came to a different conclusion regarding the validity of the SPC based on the German part of Lundbeck's escitalopram patent. The grounds for the decision have only been published just recently.

In the first instance, the German Federal Patent Court had invalidated the escitalopram patent on the grounds that the substance citalopram was already known at the priority date and the skilled person would have recognized that is was composed of two enantiomers (S-citalopram and R-citalopram). The Federal Patent Court stated that it was “easily” possible for the person skilled in the art to separate the substance, thus achieving the pharmaceutically more effective S-enantiomer (escitalopram). Even if the common method of forming diastereomeric salts with a chiral acid was inadequate for resolution, the skilled person would employ the chiral chromatography method known to him and established pre-priority (referring to I.W. Wainer, Trends in Analytical Chemistry 6 (1987) 125-134 for commercially available chiral stationary phases which the skilled person would use at the priority date). The ability to obtain S-citalopram was further evidenced by later published documents reporting chiral separation of citalopram. In contrast to the UK, the German Federal Patent Court held that analytical amounts were sufficient. The testing of commercially available chiral stationary phases, including selecting the appropriate parameters, was not considered unreasonable in terms of the tests and analyses the skilled person would conduct, whereas the UK court considered this to extend the common general knowledge too far.

The Bundesgerichtshof reversed. Firstly, it held that prior art that discloses the racemate of a chiral molecule without explicitly disclosing the enantiomers was not novelty destroying for the S-enantiomer. The person skilled in the art may well recognize that citalopram contains carbon and is chiral. However, that is not enough to destroy the novelty of the isolated S-enantiomer if it is not explicitly disclosed in the prior art (citing T 296/87).

The person skilled in the art had reason to try isolating the S-enantiomer at the priority date, but success was not certain and the effectiveness of the isolated S-enantiomer could only be tested empirically. There was no obvious way to isolate the enantiomers of citalopram. The usual method, by forming diastereomeric salts with a chiral acid (namely DPTTA), was not working. The separation using high performance liquid chromatography was successfully used on citalopram racemate at the priority date. However, it was unclear which techniques would yield commercially useful results. In 1988, there was namely no reason to expect that Chiralcel OD, which had just become available, would provide the decisive breakthrough (Mr Justice Kitchin had come to the same conclusion).

The Bundesgerichtshof further held that the second method of manufacturing S-citalopram, stereoselective synthesis using 4-(4-dimethylamino)-1-(4 min -fluorophenyl)-1-(hydroxybutyl)-3-(hydroxymethyl)benzonitrile, was also not obvious. The "Baldwin rules" might have indicated that a ringclosure reaction was not excluded, but that does not mean that there was reasonable expectation of success. The "Baldwin rules" did not indicate which reaction was likely, only which ones were impossible.

The BGH finally held that S-citalopram was a different product than citalopram in the sense of art. 3(d) Regulation 1768/92 concerning the creation of a supplementary protection certificate for medicinal products. The racemate of citalopram is not S-citalopram with a purity of 50%. The R-citalopram of the racemate is also pharmaceutically effective, the mixture of the enantiomers therefore a different active substance from its components.

S-citalopram will therefore remain protected in Germany until the expiration of the SPC on 1 June 2014. The escitalopram preparation Cipralex® is, commercially speaking, Lundbeck’s most important product by far. Cipralex®, which is distributed in the USA under the trademark Lexapro®, is the most often prescribed non-generic antidepressant in Europe and the USA. It generates an annual turnover of more than 1 billion Euros and is being distributed in 93 countries.

Reviewed by Mark Schweizer on Tuesday, December 15, 2009 Rating: 5
The IPKat licenses the use of its blog posts under a Creative Commons Attribution-Non Commercial Licence.