Open licensing: the word according to DPat

Today the IPKat attended a talk by D. Patrick O'Reilley (Finnegan, Henderson, Farabow, Garrett & Dunner), which rejoiced in the formidable title "Implementing Open Innovation: Research, Collaboration and Pooling Arrangements". D. Patrick is President of LES International and, having freshly arrived from a spot of conferencing in Istanbul, he was speaking at a meeting of the LES Israel. This meeting was hosted by the Israel Bar Association, Tel Aviv, an excellent place to pick up tasty patisserie and savouries if you suffer from hunger panic attacks between lunch and dinner.

DPat started with some general themes of open innovation: the active seeking of ideas from outside [in contrast with the old "not invented here" syndrome, notes Merpel]; recognition that no business had the resources to do all its own research and the management of internal R&D activities so as to take advantage of external opportunities. "It is not a new concept so much as a new label -- and it's not the same as open source", he stressed [though that's not to say that there aren't points of overlap and synergy]. 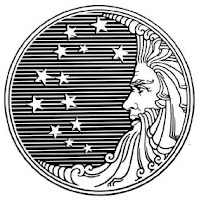 Businesses involved in standards-setting, and those where rapid obsolescence is a fact of live, are more likely to be involved in it. BMW, Procter & Gamble, IBM, Starbucks, Dell, Philips and Unilever were all named as companies that actively admit and develop externally-generated ideas that enable them to enter the market place early with innovative products. Companies that used to reject outside ideas, for legal reasons or through hubris, are now increasingly welcoming them and facilitate them through their websites.
The other side of open innovation is "why should we hang on to all the technology we have, when we can use it to leverage further revenue?" Procter & Gamble's decision to offer technology for license once they'd had it for three years is a good example of this -- it places a premium on being first-to-market.
Where innovation is imported from outside, it's important to let the supplier benefit from its experience by being able to export its outside innovation to one's competitors too. This improves its innovative performance even though it raises the downside that the importing company can't monopolise the outsider's technology and gain exclusivity. 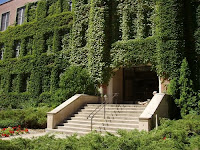 Since open innovation is not a new transaction, it doesn't actually change the legal parameters of the marketplace and has a neutral impact of competition. All it means is that businesses are able to produce better products and introduce them to the marketplace more swiftly than they can at present. It may however encourage change among certain types of innovation providers: DPat mentioned specifically the case of some universities, which are receptacles of innovation that they may be able to license under highly restricted conditions under the terms of their establishment -- and may not be able to assign their rights at all. Small research institutions may also need to retain their patent and other IP rights in order to hold a credible portfolio when seeking further rounds of research funding and to be able to build on their earlier research (existing IP rights held on each side were alluded to again later as "background IP", the heritage brought by each party into the collaboration agreement).
DPat then summarised the key headings of contract research agreements. Here too it seems that there is no rocket science, but rather the application of common sense and sound contract principles to the needs of the

respective parties. Confidentiality [the last bullet point on the list] was discussed with a caveat: "when universities say they'll keep it confidential -- don't trust them! No matter how many pages you devote to protecting confidentiality of information, there's nothing you can do to stop them disclosing it". The tension between the need to keep business-sensitive information secret versus the need of academics to publish and the need of innovators to stay in business must therefore be recognised, especially where the common law is reluctant to prevent a skilled person using unrecorded information that is part of his skills portfolio. 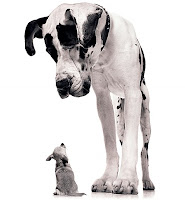 Moving on to collaboration agreements, usually involving one small company and a large one with complementary needs, such contracts must clearly address the allocation of responsibilities for research and development, as well as the sharing of costs and revenue. In practice the biggest issues in these agreements tend to turn on exit provisions and termination [and, alas, disputes arising from those provisions ...].
Says the IPKat, this all reminds me of Wikinomics, which struck me as having a lot to commend it -- in particular, it shows the friendly, collaborative and constructive face of intellectual property, which IP critics rarely appreciate. Merpel however speculates that the businesses that are exemplary in their practice of open innovation now are those which have made it to the top and hit the big-time through not sharing and collaborating and through preserving barriers, not working beyond them. Where a relationship is seen as exclusive, such as those involving existing IP licences and commitments, any exceptions to exclusivity should be carefully carved out. In some sectors, notably, pharma, collaboration agreements seem to be in a state of almost constant renegotiation, being driven by the twin imperatives of project success and the availability of money.
"Who is going to stand behind the product?" was another issue raised by DPat. Who has the responsibility for promoting it? Who will be liable in the result that the product is defective? Where a dangerous product is created by a single entity, this problem simply doesn't arise -- but it has to be addressed where internal-external collaboration is concerned.
The talk eventually evolved smoothly and enjoyably into into "open conversation", in which the audience collaborated with the speaker in generating a considerable quantity of business ideas and legal solutions.
Open Innovation: a short description and history here
OECD Symposium 2008 on Open Innovation here
Open licensing: the word according to DPat

Reviewed by Jeremy on Thursday, February 04, 2010 Rating: 5
The IPKat licenses the use of its blog posts under a Creative Commons Attribution-Non Commercial Licence.