A blueprint to nurture the creatives: it takes Brains ... 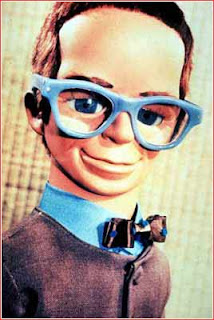 A media alert from the Confederation of British Industry, "CBI launches blueprint to nurture UK’S creative industries", was circulated at the beginning of the week. According to its text:

The CBI is calling on the Government to deliver a clear strategy [As opposed to an unclear one? This demand falls foul of the IPKat's First Law: the clearer the statement of principles, the less clear is its applicability to any given factual situation] to ensure the UK’s creative industries can flourish and help lead the economic recovery.

It is estimated that these industries contribute between 6 and 8 percent of GDP, account for £16bn of overseas trade each year and employ nearly two million people. The sector also significantly enhances the UK's cultural reputation globally, underlining the vitality of the UK economy.

The CBI believes the UK’s creative sector, which is the biggest in Europe, can play a crucial role in rebalancing the economy and delivering high growth. For that to happen, the business group says the Government must deliver the right conditions for the sector to thrive and create new jobs [We'll have to create new consumers too, or we'll just be providing more choice of content and platform for the same people. Won't we?].

[CBI President Helen Alexander is then quoted as saying much the same thing: omitted]

The CBI says Government action should focus on the following areas:
* On competition policy, we need a modern, forward-looking regime that reflects the new digital environment [Don't we need a regime that just reflects the environment of Brussels, where UK competition policy now originates?].
* On skills, government policy should include what is needed by creative businesses and ensure these are being delivered by the education system [A tricky one here: if our creative sector is bigger than that of other European countries, perhaps -- though it can't be true -- our education system has already delivered it].
* On intellectual property, the Government must provide certainty about the IP regime so companies can derive value from their rights [And what about certainty for traffic lights? The silly things keep changing colour! When there's a grey area dispute in IP, there's often a British company on each side of it, and a good old British compromise can work better than having winners and losers]. It must also be active in international forums, since IP is a global issue [Planet CBI is obviously light years away from Newport -- the UK's Intellectual Property Office has never been anything other than active in international forums, to its great credit].
* On tax, we need a competitive framework that promotes start-ups, innovative and high-growth businesses [Quite right!!]. Given that many creative businesses are highly mobile, we need policies to ensure talent does not go elsewhere [Er, if they're creative and talented they'll be able to work out how to go elsewhere -- but they may not want to come here in the first place if they think they won't be allowed to leave].
* On the finance front, it can be difficult for creative firms to access the capital they need to get their products off the ground, especially when they can come with unproven revenue streams. The Government must work to ensure that access to finance does not become a barrier to growth for creative industries [The private sector must play its part too. How dare it sink its funds into boringly safe ventures when there are so many excitingly risky ways to lose its money, destroy shareholder confidence and beggar the pension companies that have invested in it].
* On infrastructure, there needs to be a policy framework that will encourage market-led investment in quality, high-speed internet [the panacea]".

Says the IPKat: it takes brains to put together a blueprint for the development of a strategy for nurturing the creative industries -- and he hopes that no effort will be spared when it comes to getting those brains to engage in some creative thinking. That time has manifestly not come yet, if one considers the paucity of content and of originality in this short (12 side) and space-filled document. Come on, CBI: you can do better than this! Merpel adds, considering that this emanates from "the UK’s leading business group", one might have imagined that it would be picked up and discussed by the Financial Times, the Guardian, the Telegraph, the BBC and other major news-and-views carriers. A quick Google search shows that the CBI's blueprint has attracted the attention of IncGamers, The Stage, Gamasutra (I kid you not), The Drum and the Liverpool Daily Post -- which describes the CBI merely as a lobby group.
You can read the blueprint in full here
A blueprint to nurture the creatives: it takes Brains ...

Reviewed by Jeremy on Wednesday, July 28, 2010 Rating: 5
The IPKat licenses the use of its blog posts under a Creative Commons Attribution-Non Commercial Licence.