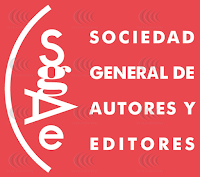 The IPKat's previous post broke the news that the Court of Justice of the European Union's ruling Case C‑467/08, Padawan SL v Sociedad General de Autores y Editores de España (SGAE) had just been uploaded on to the Curia website. This post says a little more about it.

Under Article 2 of Directive 2001/29 (the Information Society Directive) requires EU Member States to provide for copyright and related rights owners to enjoy the exclusive right to authorise or prohibit direct or indirect, temporary or permanent reproduction by any means and in any form, in whole or in part, of their works, fixations of performances, phonograms, films and fixations of broadcasts. Article 5(2)(b) of the same Directive 2001/29 states that:


‘Member States may provide for exceptions or limitations to the reproduction right provided for in Article 2 in the following cases: …

(b) in respect of reproductions on any medium made by a natural person for private use and for ends that are neither directly nor indirectly commercial, on condition that the rightholders receive fair compensation which takes account of the application or non-application of technological measures referred to in Article 6 to the work or subject-matter concerned’.

Under Article 5(5) of the same Directive


‘The exceptions and limitations provided for in paragraphs 1, 2, 3 and 4 shall only be applied in certain special cases which do not conflict with a normal exploitation of the work or other subject-matter and do not unreasonably prejudice the legitimate interests of the rightholder.’

Article 6(4) (‘Obligations as to technological measures’) sheds further light on Article 5 as follows:

SGAE is a body which is responsible for the collective management of intellectual property rights in Spain, while Padawan sells CD-Rs, CD-RWs, DVD-Rs and MP3 players. SGAE claimed payment from Padawan of the ‘private copying levy’ provided for in Article 25 of the Spanish IP Law for 2002 to 2004. Padawan refused, saying that the application of that levy to digital media, indiscriminately and regardless of the purpose for which they were intended (private use or other professional or commercial activities), was incompatible with Directive 2001/29. In June 2007 the trial court upheld SGAE’s claim and ordered Padawan to pay.

Padawan appealed to the Audiencia Provincial de Barcelona, which stayed its proceedings and referred the following questions to the Court for a preliminary ruling:


‘1. Does the concept of “fair compensation” in Article 5(2)(b) ... entail harmonisation, irrespective of the Member States’ right to choose the system of collection which they deem appropriate for the purposes of giving effect to the right to fair compensation of intellectual property rightholders affected by the adoption of the private copying exception or limitation?

3. Where a Member State opts for a system of charging or levying in respect of digital reproduction equipment, devices and media, in accordance with the aim pursued by Article 5(2)(b) ... and the context of that provision, must that charge (the fair compensation for private copying) necessarily be linked to the presumed use of those equipment and media for making reproductions covered by the private copying exception, with the result that the application of the charge would be justified where it may be presumed that the digital reproduction equipment, devices and media are to be used for private copying, but not otherwise?

4. If a Member State adopts a private copying “levy” system, is the indiscriminate application of that “levy” to undertakings and professional persons who clearly purchase digital reproduction devices and media for purposes other than private copying compatible with the concept of “fair compensation”?

5. Might the system adopted by the Spanish State of applying the private copying levy indiscriminately to all digital reproduction equipment, devices and media infringe Directive 2001/29, in so far as there is insufficient correlation between the fair compensation and the limitation of the private copying right justifying it, because to a large extent it is applied to different situations in which the limitation of rights justifying the compensation does not exist?’

The Court of Justice has just ruled as follows:


"1. The concept of ‘fair compensation’, within the meaning of Article 5(2)(b) ...  is an autonomous concept of European Union law which must be interpreted uniformly in all the Member States that have introduced a private copying exception, irrespective of the power conferred on the Member States to determine, within the limits imposed by European Union law in particular by that directive, the form, detailed arrangements for financing and collection, and the level of that fair compensation.

2. Article 5(2)(b) ... must be interpreted as meaning that the ‘fair balance’ between the persons concerned means that fair compensation must be calculated on the basis of the criterion of the harm caused to authors of protected works by the introduction of the private copying exception. It is consistent with the requirements of that ‘fair balance’ to provide that persons who have digital reproduction equipment, devices and media and who on that basis, in law or in fact, make that equipment available to private users or provide them with copying services are the persons liable to finance the fair compensation, inasmuch as they are able to pass on to private users the actual burden of financing it.

In reaching its decision the Court added


"36 ... although it is open to the Member States, pursuant to Article 5(2)(b) ..., to introduce a private copying exception to the author’s exclusive reproduction right ..., those Member States which make use of that option must provide for the payment of fair compensation to authors affected by the application of that exception.  An interpretation according to which Member States which have introduced an identical exception of that kind ... including ... the concept of ‘fair compensation’ as an essential element, are free to determine the limits in an inconsistent and un-harmonised manner which may vary from one Member State to another, would be incompatible with the objective of that directive ...".

"44 Copying by natural persons acting in a private capacity must be regarded as an act likely to cause harm to the author of the work concerned.

45 It follows that the person who has caused harm to the holder of the exclusive reproduction right is the person who, for his own private use, reproduces a protected work without seeking prior authorisation from the rightholder. Therefore, in principle, it is for that person to make good the harm related to that copying by financing the compensation which will be paid to the rightholder.

46 However, given the practical difficulties in identifying private users and obliging them to compensate rightholders for the harm caused to them, and bearing in mind the fact that the harm which may arise from each private use, considered separately, may be minimal and therefore does not give rise to an obligation for payment, ... it is open to the Member States to establish a ‘private copying levy’ for the purposes of financing fair compensation chargeable not to the private persons concerned, but to those who have the digital reproduction equipment, devices and media and who, on that basis, in law or in fact, make that equipment available to private users or who provide copying services for them. Under such a system, it is the persons having that equipment who must discharge the private copying levy".

The IPKat suspects that this decision will spark off a lot of public debate about the rights and wrongs of private copying (now officially described by Europe's leading court as "harmful" and about the development of new models for a private copying levy which targets only those whom it should target -- if this should turn out to be both feasible and legal.
Padawan v SGAE: more detail

Reviewed by Jeremy on Thursday, October 21, 2010 Rating: 5
The IPKat licenses the use of its blog posts under a Creative Commons Attribution-Non Commercial Licence.