"Don't Worry, Be Happy"--The Back Story 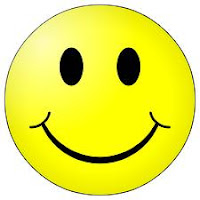 The question came to this Kat as he was sitting in the dentist's chair, looking back and forth at his dentist and the hygienist, both of whom were clutching the tools of their trade which were clearly intended for him. Seeking a possibility of escape, almost instinctively, this Kat began humming the lyrics and music to the classic song--"Don't Worry, Be Happy." And then he began to wonder: is there a back story to these famous lyrics; where did they come from; has anyone sought to protect them; if so, how? The results of these musings took him to India and the tale of a remarkable person--Meher Baba, as well as to the U.S. Trademark Registry and Australia.

First the song. Composed by Bobby McFerrin, it was released in 1988, first in connection with the movie "Cocktails" and later as a single recording. As a re-release, it became the first a cappella song ever to reach number one of the Billboard Hot 100 chart (more). The so-called "instruments" in the song were entirely voice overdubbing and other sounds made by McFerrin. The music video featured movie stars Robin Williams and Bill Irwin. So what we seem to have is an extraordinarily creative and successful song that migrated its way to a popular song video. 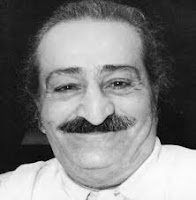 It turns out, however, that the provenance of the song--at least its title and most famous lyric, apparently did not derive from McFerrin but from a well-known quote from a singularly distinctive figure from the world of Indian meditation--Meher Baba (here and here). Born in what is now called Pune, with the name Merwan Sheriar Irani, Meher Baba (meaning "Compassionate Father" in Persian) was a revered Indian mystic and spiritual master who, in 1925, took upon himself to maintain silence. He never uttered an audible word until his death in 1969, communicating through an alphabet board or by using a set of unique hand gestures. Together with his followers, he would spend long periods of seclusion, which often included fasting. Meher Baba would punctuate these periods of seclusion with travels far and wide, where he would appear in public gatherings as well as take part in various works of charity.

Meher Baba would frequently use the short phrase "Don't worry, be happy" when cabling his followers in the West (he also made use of more elaborate versions of the notion, such as-"Do your best. Then, don’t worry; be happy in My love. I will help you".) However, it was the short form of the expression that became popular in the 1960s and it increasingly appeared on various posters and greeting cards. McFerrin saw one such poster and was taken by the message conveyed by the expression.  Subsequently he based an entire song around the phrase. McFerrin is reported to have said in an interview with USA Weekend magazine in 1988 that "[w]henever you see a poster of Meher Baba, it usually says 'Don't worry, be happy,' which is a pretty neat philosophy in four words, I think."

The song and especially its title have become a form of cultural icon, ranging from a slogan as part of George Bush's 1988 presidential campaign (McFerrin, apparently a
Democratic supporter, reportedly took issue with its use and the Bush campaign subsequently withdrew it), Homer Simpson's brood and as a rallying cry in the wake of the earthquake in Haiti. Moreover, the same song title was used by Australian recording artist Guy Sebastian in a successful 2011 song release here.

Seen in this way, the story of "Don't Worry, Be Happy" reveals an interesting example of the manner that creation is rewarded. Meher Baba formulates an brief expression that is pregnant with meaning and which has served as a spiritual inspiration for many. The phrase enjoyed broader cultural recognition and it is picked up by manufacturers of cards and posters, some of whom presumably profit from their use of the expression. McFerrin makes use of the expression in his own creative efforts. The expression is both transformed into a song title as well, transcending the song to take on a cultural life of its own. McFerrin has presumably been compensated for the song; he has no claim to the cultural benefits that have redounded from the phrase.

The phrase does not however seem to have served as a platform for enabling commercial entities to create goodwill with respect to goods or services. This Kat did a search on the database of the U.S.P.T.O and he found only four entries for the phrase. In three out of the four instances, the application is dead. The phrase has been registered only in one instance, namely the recent 2011 registration (no. 4039913) for a wide variety of clothing goods in class 25. This Kat is not certain why there is such a paucity of trade mark registrations of the phrase. Perhaps there is some concern about a claim of right based on the title of the song, perhaps not. In a misty moment, this Kat would like to think it is in honour of Meher Baba, and of the back story behind this so very special expression.
"Don't Worry, Be Happy"--The Back Story

Reviewed by Neil Wilkof on Friday, January 04, 2013 Rating: 5
The IPKat licenses the use of its blog posts under a Creative Commons Attribution-Non Commercial Licence.