Jeremy Tuesday, March 12, 2013 - bifurcation, EU patent package, Jeremy Phillips, Unified Patent Court, upc
Of all the issues that have been raised in past couple of years in which the form and function of the new European patent package have been debated, none has produced as much anxiety, uncertainty and discomfort as bifurcation -- for those many countries which did not already make provision for it in their own patent law.  To remind older readers and inform new ones, bifurcation of patent litigation occurs when the two great events in a patent's life -- actions for patent infringement and counterclaims in which its validity is contested -- are not heard by the same court at the same time in the same proceedings but are dealt with separately by different courts, at different times and with very different consequences.  German patent law not only features bifurcation but has made it work tolerably well and has gained much experience of its strategic possibilities.  The rest of Europe has not on the whole been eager to follow Germany, yet the possibility of bifurcation is an integral part of the new European patent order.

In the piece which the IPKat hosts below, four London-based lawyers James Marshall, Christopher Thornham, David Sant and Paul England of Taylor Wessing LLP -- a law firm which rotates around a decidedly Anglo-German axis since it has six offices in Germany -- explain bifurcation as they see it, placing it within the wider context of patent litigation strategy, and tell us what they consider to be the available options:

Bifurcation in the UPC

The Unified Patent Court (UPC) Agreement was signed on 19 February. After more than 40 years of attempts to bring a single patent system to , the UPC promises the ability to obtain pan-European enforcement of patent rights in a single set of proceedings for the first time.

The time taken to collect 13 ratifications and the seven year opt-out available for new and existing European patents (as distinct from Unitary Patents) means the full impact of the UPC may not be immediate. However, it is now very probably coming and, within a few years, it may have a profound effect on businesses in patent-rich fields.

What are the major pros and cons? And, is the much maligned possibility of bifurcation really one of them? What effect will this have on strategy decisions for claimants and defendants?

The new system has risks

The new system is intended to provide a single patent jurisdiction across . Unitary Patents will protect the whole of the European Union (except and , which do not wish to participate in the Unitary Patent system). A Unitary Patent can, however, be revoked across Europe by one ruling, rather than requiring separate revocations in each European country, as is presently the case. Similarly, rulings of the UPC on European Patents (that are not opted out) will have effect in those territories for which the European Patent is designated.

The possibility of a pan-European injunction is a serious hazard for companies doing business in .  The hazard is compounded if there is a risk of stock being seized (at a preliminary injunction stage until trial) and of stock being destroyed (if held to infringe at trial).  These matters may lead some businesses to consider whether they can move their manufacturing or distribution centres to countries not covered by the UPC – thus keeping stock out of the reach of patentees.

Turning to patentees, the possibility of pan-European revocation is a serious hazard. It is a reason why some companies will avoid Unitary Patents and opt their European Patents out of the UPC system (while the option remains) until they are confident about the quality of the decisions of the UPC and how well the UPC system is working. Some patentees may decide to opt their European Patents out initially, withdrawing that opt out if and when pan-European enforcement via the UPC becomes a necessary strategy.

Others might switch to filing national patents for certain products, which have to be litigated country-by-country in the national courts. Staying outside the UPC in this way avoids the risk of a single invalidity decision revoking patent rights across all of .  Many will keep mixed portfolios of Unitary, European and national patents.  Thus, the UPC can be seen as another option for patentees, but not necessarily one that all will want to use all of the time.  Over time, the UPC system (and the risk of losing the patent rights for the whole of if they are litigated) may mean patentees who choose to file for a Unitary Patent may invest more time during prosecution than they have done previously to obtain stronger patents: a shift towards quality, not quantity.

The new system has benefits

Obtaining a single Unitary Patent for the whole of ought to be considerably less expensive than the current systems with national rights that have to be maintained in each country.  The UPC system will have other obvious advantages for patentees too: not least the fact that a patentee can enforce a Unitary Patent or an ‘opted-in’ European Patent across most of in one set of proceedings. There are other advantages of the new system, such as the added choice it offers patentees of where to sue. For example, alleged infringing activity may take place across territories covered by regional divisions and local divisions. In this scenario, the patentee can choose where to sue.

This is important because, even though it is a ‘unified’ system, the UPC is presently expected to have a dozen or more local and regional divisions. These will contain panels of judges drawn from different legal traditions. Consequently, there will be some scope, within the framework of the Rules of Procedure, for local variations in approach and application of those rules. It seems inevitable that this will lead to a dynamic situation in which some local or divisional courts become perceived to be more patentee friendly than others. For example, potentially patentee friendly approaches could include:

Of all of these possibilities it is probably the last – bifurcation – that has caused most concern. Is that concern justified?

Many have focused on the potential of bifurcation to put defendants at a disadvantage, and to make courts with a propensity for bifurcation a target of forum-shopping. The concern is that owners of weak patents may have the potential to obtain injunctions well before defendants have an opportunity to revoke the patent in suit. This is the so-called ‘injunction gap’.

However, there are at least some reasons to question whether bifurcation will happen as a matter of course in local and regional divisions of the UPC. If an infringement case is filed in a regional or local division of the UPC and the defendant files a counterclaim for revocation of the patent, the Court has a variety of options, as provided for in key passages of Article 33(3) of the UPC Agreement: 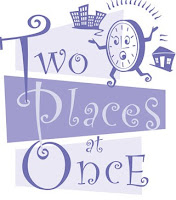 Only one option involves bifurcation (see Article 33(3)(b)).  Even then, the local or regional division has discretion whether to suspend the infringement action or let it proceed.  How long an infringement action might be suspended is not stipulated.  However, it is reasonable to assume that it would be at least until the validity case is heard, in which case the risk of an “injunction gap” would be removed.

One reason for not bifurcating is that some divisional courts will have judges on their panels who are accustomed to hearing trials of infringement and validity together. The benefit is that it prevents a patentee construing its patent widely for infringement and narrowly for validity.

Furthermore, the above reasons should resonate with some principles of case management set out in the current draft Rules of Procedure that include, amongst other things, considering whether the likely benefits of taking a particular step justify the cost of taking it; and giving directions to ensure that the hearing of the case proceeds quickly and efficiently.

Nonetheless, let us assume that under the new system local and regional divisions in some territories will bifurcate more often than others.  The problem will be that patentees can choose, in many circumstances, to file infringement actions in those divisions where they know bifurcation is more likely. This leaves potential defendants in a difficult position: the risk of a finding of infringement and an injunction before validity has been decided.

What are the options?

One further option for a defendant arises from Article 33(2) of the UPC Agreement:

In circumstances where pursuing an action to a trial decision before launch is commercially impractical, a staged approach to launch might be an option: launching first only in territories where the local or regional divisions do not bifurcate. In that situation, the patentee may be forced to sue in a court that tries validity and infringement together.  Further elaboration of this strategy may involve the party providing an undertaking not to launch initially in territories where the court bifurcates (thus helping avoid the patentee being able to start a claim based on a perceived threat of infringement there).

While there are pros to the brand new court system, there will also be some cons. Quite how the cons play out is a matter of speculation at the current time and may only become apparent once the UPC is up and running.  However, if decisions on validity in the central divisions take longer than decisions on infringement in the local and regional divisions, patentees will choose to sue for infringement in bifurcating courts and defendants will try to avoid bifurcating courts, so far as they can.

What do patent litigators from other firms, and other countries, think? The IPKat and his friends would love to know.
Bifurcation of European patent litigation: a practitioners' perspective

Reviewed by Jeremy on Tuesday, March 12, 2013 Rating: 5
The IPKat licenses the use of its blog posts under a Creative Commons Attribution-Non Commercial Licence.