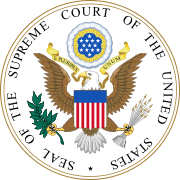 Besides Grazia, this Kat always finds most interesting IP news in another favourite publication of hers, this being The Hollywood Reporter.

While browsing the relevant website this afternoon, she found out that the US Supreme Court has just released its decision in Kirtsaeng v Wiley, a very important case concerning the first sale doctrine as applied to second-hand books (see earlier AmeriKat's posts here and here and Iona's post on The 1709 Blog here).

Contrary to what was decided by the District Court and the Court of Appeal for the Second Circuit, on a 6-3 vote the Supreme Court held that the “first sale” doctrine APPLIES to copies of a copyright-protected work lawfully made abroad.

Although this Kat has not yet had the time to think thoroughly about today's judgment, she decided to bring it to IPKat readers' attention without further delay and possibly reserve her comments to later.

What was this case about?

Respondent John Wiley & Sons publishes academic textbooks. It obtains from its authors various foreign and domestic copyright assignments, licenses and permissions—to the point that it can be regarded as the relevant US copyright owner. Wiley often assigns to its wholly owned foreign subsidiary, John Wiley & Sons (Asia), rights to publish, print, and sell Wiley’s English language textbooks abroad. Each copy of a Wiley Asia foreign edition will likely contain language making clear that the copy is to be sold only in a particular country or geograph­ical region outside the US.

Petitioner Supap Kirtsaeng is a citizen of Thailand, who moved to the US in 1997 to study mathematics at Cornell University. He paid for his education with the help of a Thai Government scholarship which required him to teach in Thailand for 10 years on his return. Kirtsaeng successfully completed his undergraduate courses at Cornell, success­fully completed a PhD program in mathematics at the University of Southern California, and then, as promised, returned to Thailand to teach.

While he was study­ing in the US, Kirtsaeng asked his friends and family in Thailand to buy copies of foreign edition English­ language textbooks at Thai book shops, where they sold at low prices, and mail them to him in the US. Kirtsaeng would then sell them, reimburse his family and friends, and keep the profit.

In 2008 Wiley brought a federal lawsuit against Kirtsaeng for copyright infringement, claiming that Kirtsaeng’s unauthorised importation of its books and his later resale of those books amounted to an infringement of Wiley’s exclusive right to dis­tribute as well as related import prohibition under 17 USC §§ 106(3) and 602, respectively. Kirtsaeng replied that the books he had acquired were “‘lawfully made’” and that he had acquired them legitimately, so that 17 USC §109(a)’s “first sale” doctrine permitted him to resell or otherwise dispose of the books without the copyright owner’s further permis­sion.

The District Court held that Kirtsaeng could not assert the “first sale” defence because that doctrine does not apply to “foreign-manufactured goods” (even if made abroad with the copyright owner’s permission).

On appeal, a split panel of the Second Circuit agreed with the District Court.

Justice Breyer delivered the Opinion of the Court, holding that, while §106 grants “the owner of copyright under this title” certain “exclusive rights”, these rights are quali­fied by the application of various limitations set forth in the next several sections of the Copyright Act, including §109(a)’s “first sale” doctrine, pursuant to which:

“Notwithstanding the provisions of section 106(3), the owner of a particular copy or phonorecord lawfully made under this title ... is entitled, without the authority of the copyright owner, to sell or other­wise dispose of the possession of that copy or phonorecord.”

In Quality King Distributors, the Supreme Court held that §602(a)(1)’s reference to §106(3)’s exclusive distribution right incorporates the later subsections’ limitations, in­cluding, in particular, the “first sale” doctrine of §109. Thus, it might seem that, §602(a)(1) notwithstanding, one who buys a copy abroad can freely import that copy into the US and dispose of it, just as he could had he bought the copy in the US. But Quality King considered an instance in which the copy, though purchased abroad, was initially manufac­tured in the US (and then sent abroad and sold).

This case was like Quality King but for one important fact. The copies at issue here were manufactured abroad. That fact is important, clarifies the Court, because §109(a) says that the “first sale” doctrine applies to “a particular copy or phonorecord lawfully made under this title.”

What was at stake here was whether the five words, “lawfully made under this title” made a critical legal difference.

The questions to address were thus the following:

·       Does the “first sale” doctrine applies to protect a buyer or other lawful owner of a copy (of a copyrighted work) lawfully manufactured abroad?
·       Can that buyer bring that copy into the US (and sell it or give it away) without obtaining permission to do so from the copyright owner?
·       Can, for example, someone who purchases, say at a used bookstore, a book printed abroad subsequently resell it without the copyright owner’s permission?

In the Court's view, the answers to all these questions ought to be: YES.
BREAKING NEWS! US Supreme Court decides Kirtsaeng

Reviewed by Eleonora Rosati on Tuesday, March 19, 2013 Rating: 5
The IPKat licenses the use of its blog posts under a Creative Commons Attribution-Non Commercial Licence.